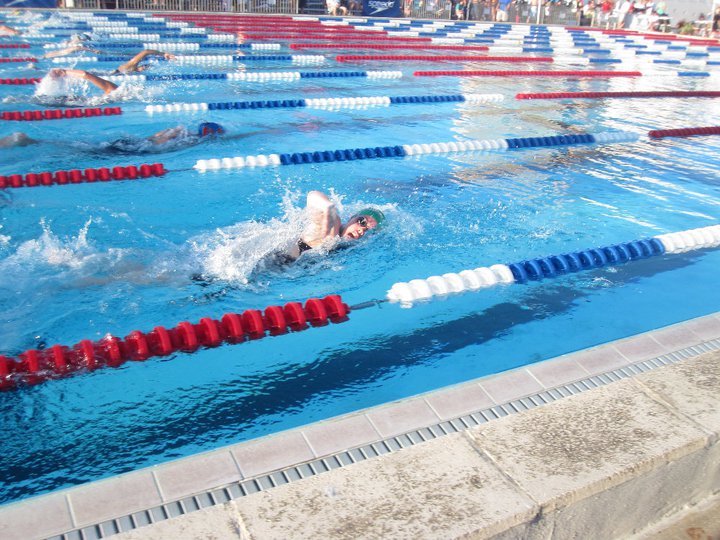 WASHINGTON — As a high school student in Rhode Island, Katie Morin swam the 500- and 1000-meter freestyle alongside elite athletes, including three-time Olympian Elizabeth Beisel. As she became more serious about swimming, she met with a sports psychologist, a general psychologist and a psychiatrist, and began taking anxiety medicine.

“It is pretty common in an individual sport where you compete against yourself, or the clock, to put immense amounts of pressure on yourself,” Morin said.

During college recruitment, she evaluated mental health resources at prospective schools along with the caliber of academics and the strength of their swim programs. Upon choosing Cornell University, she immediately made an appointment with a counselor at the general health center, who helped her schedule sessions all four years.

“The ease and anonymity of the entire process made me want to [seek] services,” Morin said.

Unlike Morin, most college athletes who have mental health do not seek help, according to Daniel Eisenberg, an associate professor at the University of Michigan School of Public Health, who surveyed student-athletes before and after they participated in educational presentations to all 31 athletic teams at the university. He says that 33% of all college students experience significant symptoms of depression, anxiety or other mental health conditions. Among that group, 30% seek help. But of college athletes with mental health conditions, only 10% do.

“They are student-athletes, and they come with the same baggage that other students have,” says Christopher Miles, assistant professor of family and community medicine and biomedical engineering at Wake Forest University. “They just have a lot more stressors because of their expectations, their time commitments.”

Margot Putukian, director of athletic medicine and assistant director of medical services at Princeton University, said non-athletes are “not under the microscope” in the same way.

“They might not have as many stressors,” Putukian said. “They may not have performance issues and those stressors that athletes do.”

Some student-athletes hide their mental health issues and don’t appear to their loved ones to be at risk of suicide, like 19-year-old Jordan Hankins, a basketball player at Northwestern University, who hanged herself in her dorm room in January. Others, like Madison Holleran, display warning signs: On Jan. 17, 2014, Holleran, a University of Pennsylvania freshman and a member of the track and field team, jumped off the top of a parking garage to her death. After her death, friends and family said she had seemed to be struggling.

Overall, out of about 500,000 student-athletes who compete annually in NCAA sports, 477 died from suicide between 2003-2013, according to a University of Washington study analyzing athlete deaths.

Many student-athletes who find it difficult to ask for help or access services are more inclined to seek support in the comfortable setting of athletic training facilities, according to Emily B. Klueh, athletic counselor at the University of Michigan.

“It’s a benefit to have people who understand that population and who work with them in a different way,” said Klueh, who is program coordinator of Athletes Connected, a university program to bring awareness to and support student-athlete mental health.

“[Athletes] are very good at all of the muscular things, the physical stuff, [but] the mental health aspect, I feel, is not very highlighted or taken care of,” said study co-author Laura Sudano, Ph.D., assistant professor of family and community medicine at Wake Forest University.

46% of trainers said they would be able to provide better care to student-athletes if mental health services were onsite at athletic centers, according to the report. They see student-athletes experiencing depression, anxiety, disordered eating, family issues and sports performance issues.

How to better help student-athletes?

The NCAA’s Sport Science Institute released a set of guidelines, Mental Health Best Practices, in May 2016, recommending areas where action can help student-athletes, including mental health screening, health-promoting environments that support mental wellbeing and resilience and the referral of student-athletes to qualified practitioners.

The NCAA is also partnering with universities trying to improve mental health care. In March 2016, NCAA officials approved $200 million to be distributed to Division I schools for endowments to directly support student-athletes, to launch financial literacy and mental health programs and to expand academic advising and tutoring resources.

As a part of that commitment from the NCAA, the University of Michigan received $50,000 from a NCAA grant that underwrote Athletes Connected and a video series on athletes who have struggled with mental health issues while playing sports.

“Every day had become a bad day,” Will Heininger, a former University of Michigan football player, who suffered with depression while playing football, says in a video. “Here I was 19 years old, hating myself and my life. I had no motivation. No pleasure in anything. I had all of the classic signs of depression but didn’t know what it was.”

His athletic trainer noticed he was in distress and helped him find therapy through the athletic department, where he learned how to be aware of his thoughts without being consumed by them.

“Making them realize that it’s just like having an injury,” she said. “An ankle sprain, you have to do your rehab, or else you’re going to sprain it again. It’s the same thing. If you’re feeling low or are having lots of anxiety, you go get the help.”