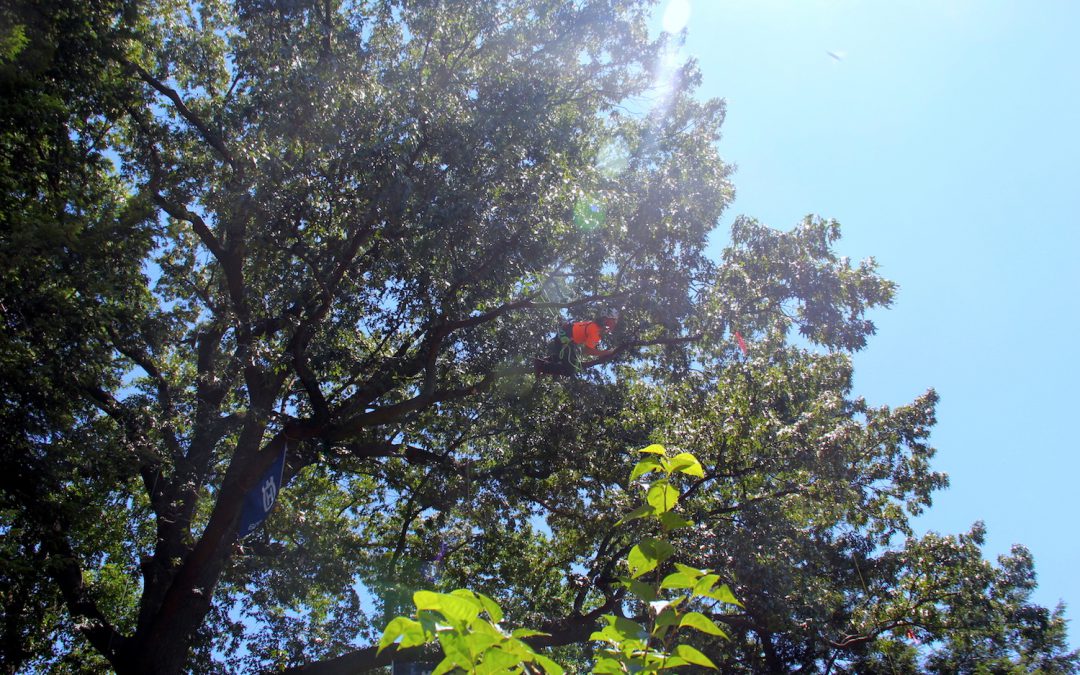 WASHINGTON — Twenty-one-year-old Mikaela Biester has been climbing trees since she was six years old. Unlike most people who abandon the tree-tops for careers on the ground, Biester aspires to be a professional tree climber.

With a father who owns a tree care company, the New Jersey native is more than familiar with the rigging, harnesses, handsaws and of course, tree climbing arboriculture involves.

“My dad bought me a full-body harness for kids,” Biester says. “He would actually park his pickup truck under one of the trees by our house and I would stand on the pickup truck, run and jump off and swing back-and-forth.”

Biester is one of hundreds who traveled to D.C. to support the 21st annual International Tree Climbing Championship, sponsored by the International Society of Arboriculture. Sixty-seven competitors from 18 countries gathered at the National Arboretum Sunday to take on various arboriculture contests, culminating in the Master’s Challenge. As the name implies, the Master’s Challenge requires a lot more than old fashioned tree-climbing. The timed challenge involves assessing the tree for safety hazards, installing ropes and harnesses, handling a saw and tossing down tree limbs in a safe manner.

After watching her role model, Chrissy Spence, the reigning women’s Master’s champion, retain her title, Biester says she feels motivated to keep training in hopes of climbing against the New Zealander next year.

“Seeing all this stuff is really, really exciting for me,” Biester says, inspired by the increased number of women climbers. “I’m hoping to come out and compete next year!” 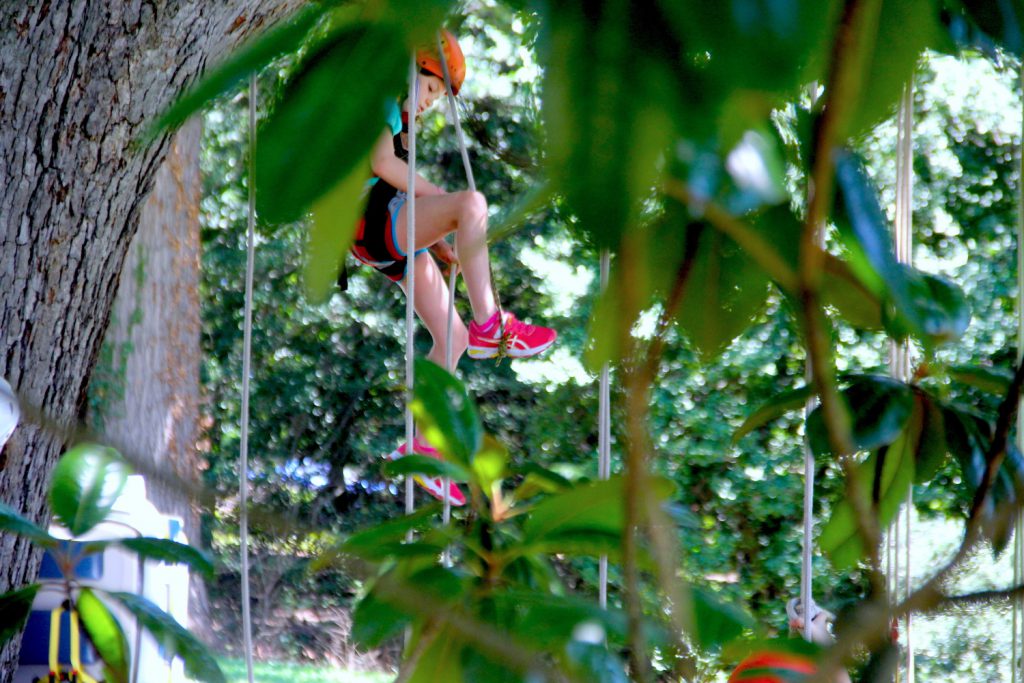 This year’s gathering included a place for children and adults to test out their own tree-climbing skills too. (Ritu Prasad/MEDILL)

Each year, the International Tree Climbing Championship brings professional arborists together with industry leaders to share innovations around tree care and educate the public about tree conservation. Three regional events take place each year as well in North America, Europe, and the Asia Pacific.

“They don’t climb the tree branch-to-branch like we did as kids—they use ropes and saddles and they don’t damage the tree that way,” says ISA spokeswoman Sonia Garth.
“We want [the public] to see what a true, professional arborist should look like.”

The reigning men’s Master’s champion, New Zealander James Kilpatrick, successfully defended his title on Sunday. But Kilpatrick says the collegiality at the event is more important than the sense of competition.

“What brings me here is coming together with a lot of like-minded people to share stories and experiences,” Kilpatrick says. “Of course, I learn a lot every time.”

Kilpatrick, 32, has been a professional tree climber for 12 years and owns Kilpatrick Baumpflege (that’s German for tree care) in Hamburg, Germany. He holds the world record for the men’s secured footlock—a vertical, 49-foot ascent into a tree using a special rope-climbing method—with a time of 13.65 seconds. 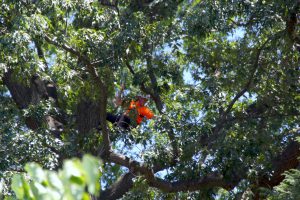 One of this year’s contestants in the women’s Master’s competition navigates the treetops. (Ritu Prasad/MEDILL)

“What’s really important here is the safety aspect and climbing efficiently,” Kilpatrick says, standing barefoot in the grass after shedding his climbing gear. Beside him, a friend rolls up the thick, neon ropes he used to navigate the treetops.

“I’d like to work on the throw line—installing the ropes is always a little hit or miss,” Kilpatrick adds when asked about his 2017 performance. “There’s a little bit of luck involved with it too.”

While Kilpatrick has been a world-class climber for more than half his life, he’s been in the trees since he could lift himself onto the branches of the plum tree in his childhood house.Kilpatrick’s pro tip: the sweetest plums are at the top.

Now that he climbs for a career, Kilpatrick values climbing efficiently and safely, but his favorite part of the job recalls his childhood: “It kinda makes you feel like a kid again,” he says.