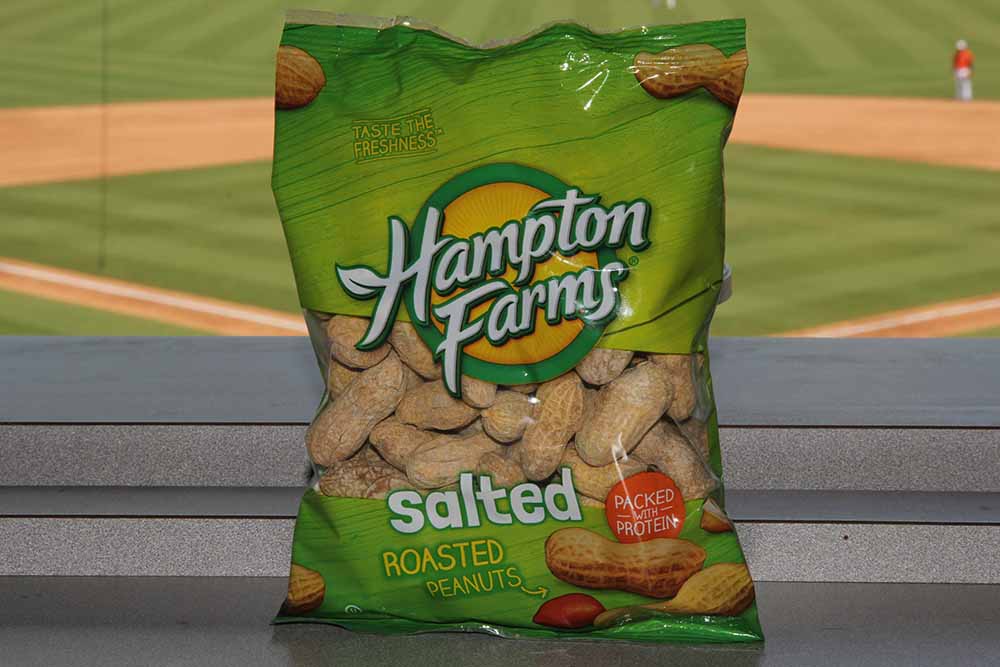 Peanuts like these sold at the team's concession stands will be removed Sunday. (MEDILL/Alan Suriel)

The Bowie Baysox are having their first Peanut Free Day on Allergy Awareness Day.

The Double A affiliate of the Baltimore Orioles has had an Allergy Awareness Night in the past with peanut-free sections of the ballpark, but the team wanted to add an extra emphasis this year.

“If you’re not changing, then it’s dying,” said Promotions Manager Chris Rogers, about the change. “Put a special twist on it.”

The Baysox also wanted to accommodate their fans after hearing complaints on previous Allergy Awareness Nights that peanut-free sections do not help those with severe allergies because they can’t even breathe in peanut dust without a reaction.

Rogers expects the stadium’s concession stand kitchens will switch from using peanut oil to vegetable oil on Sunday as well.

Other teams across Minor League Baseball have held this event in the past, and Rogers noted that it takes a lot of time to properly clean stadiums in preparation for the event.

He said mostly teams at the single A and rookie league level embrace Peanut Free Day because they have smaller facilities to clean. Prince George Stadium holds 10,000 fans but is ready to make the switch for a day.

The Baysox also considered going gluten free for this year’s Allergy Awareness Day, but decided to focus on peanuts instead.