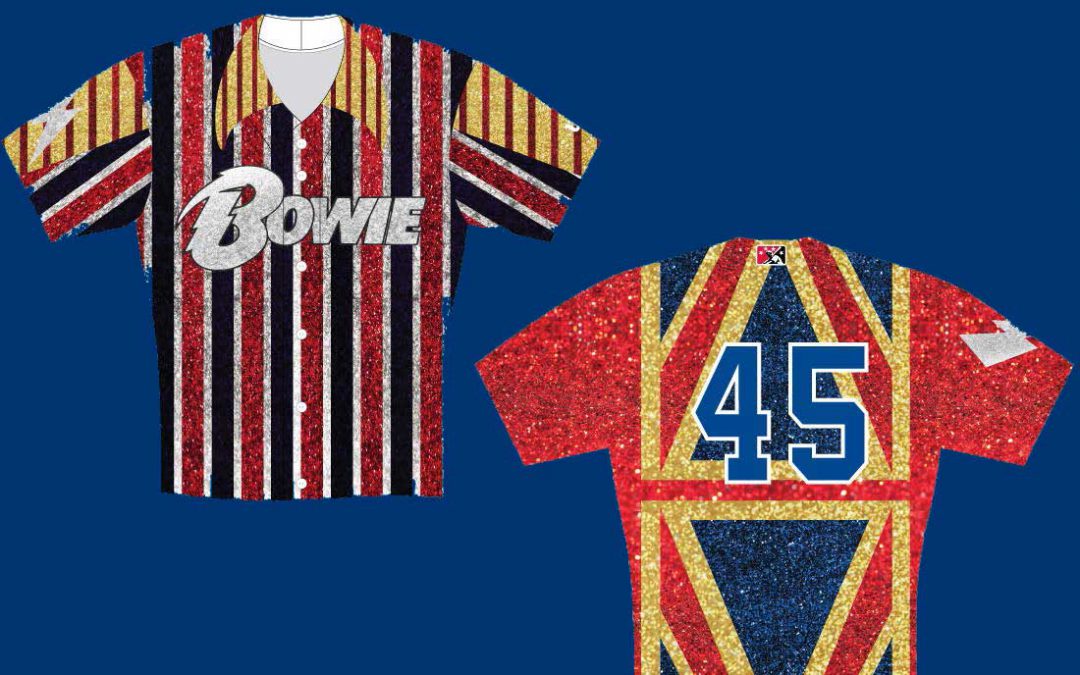 For the second consecutive year, the Baltimore Orioles’ Double A affiliate will honor the legendary rocker with whom they are often associated.

While the team’s name is pronounced “Boo-ie,” promotions manager Chris Rogers said people not from Maryland often say it like the late singer’s name “Boh-ie.” The common misconception inspired Rogers to create the event.

Originally scheduled for July 28, this year’s event was rained out and rescheduled. It will feature lots of Bowie’s iconic songs being played throughout the game.

“There’s lot of research that goes into it,” Rogers said. “Like playing ‘Fashion’ while the umpires come out or playing… ‘wham bam thank you ma’am’ cuts [from the song “Suffragette City”] after strike outs or playing music from ‘Labyrinth’ [a film Bowie was in] after home runs.”

Players will each have a David Bowie walk-up song and wear custom jerseys.

This year’s jersey design features red, black, and silver stripes on the front mimicking a shirt Bowie wore on his “Ziggy Stardust” tour. “Bowie” is spelled across the front in silver letters with the “B” resembling a lightning bolt. The back’s red, gold and dark blue diamond pattern was inspired by the singer’s Union Jack coat Bowie wore on tour.

The jerseys will be auctioned off this year to raise money for the American Cancer Society.

Last year the jerseys caught the attention of the singer’s fans in England, who asked the Baysox where they could purchase them. But the team held its jersey auction in the stadium, making them unavailable to admirers overseas. The Baysox will have an online component to their auction this time.

This year’s jersey design also caught the attention of ESPN’s “Pardon the Interruption,” which called the Baysox asking for one to showcase. The team had an intern deliver it to the show’s office in Washington. “PTI” dressed the Statue of Liberty in the dazzling Bowie jersey on the July 31 episode.

Rogers said he hopes the promotion will continue in future seasons because it brings so much attention to the team.