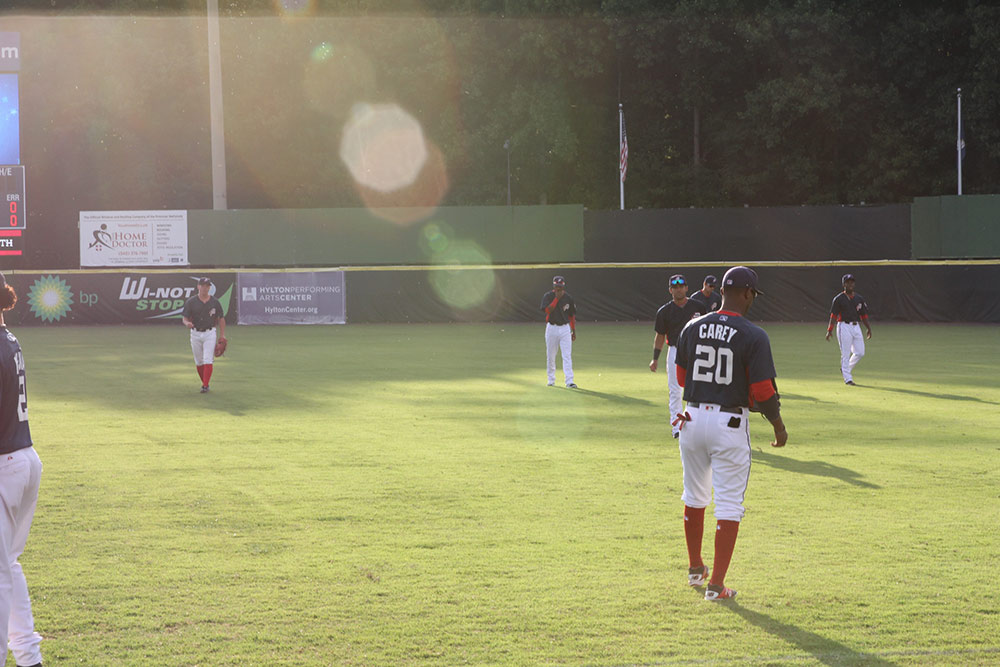 WOODBRIDGE, Va. –- Baseball is America’s pastime, but its rosters don’t reflect it. Major League Baseball lacks a strong representation of African American players. Dale Carey Jr. of the Class A Potomac Nationals wants to inspire younger players who look like him.

This year, 7.5 percent (62) of players are African American on active rosters. According to a study for the Society of American Baseball Research the highest percentage of African Americans in MLB was 18.5 percent in 1975. Since then, it has decreased steadily.

In May, Baltimore Orioles outfielder Adam Jones showed the racial issues still part of baseball after fans at Fenway Park in Boston berated him with racial slurs. As one of his mentors, Carey looks up to Jones as inspiration and hopes to inspire younger African American players in the minor leagues.

“My favorite player growing up and currently is Adam Jones,” Carey said. “He’s a really inspirational player. He does a lot for the kids. And I like the way he carries himself in the community. He’s something every player, like me, aspires to be.”

Carey has put that inspiration into practice. In the offseason, he spends time coaching a baseball team in Homestead, Georgia, with kids who may not be able to afford to play.

“I ended up doing an internship (while in college) in Homestead, which is a low-income community,” Carey said. “I didn’t have to go there every day. But I started to bond with the kids. I wanted to be there to answer any questions they had about the sport or life. Two of my kids are going to college and one is going to the Navy. Any type of influence that I can have on African Americans is really important to me.”

In 2010, Carey was a senior in high school in Marietta, Georgia, when he received a call from the Pittsburgh Pirates to draft him out of the 21st round of the MLB draft. But the Carey family ultimately decided it was best for the 19-year-old to get a college degree and improve his stock as a player.

“I was very immature out of high school,” Carey said. “I wasn’t one of those guys that were self-disciplined. Miami, my parents felt it was important for me to go to school and figure it out on my own. And they were really good at discipline me and showing me that it’s time for me to be more responsible.”

Carey chose to attend the University of Miami as the place to grow as player and person. He said that “The U” holds its athletes to a higher standard. The 6-2 outfielder made his mark in the Hurricanes uniform. Carey was a four-year starter and led his team to the ACC Championship. Now he is in in the Washington suburbs playing for the Potomac Nationals, 30 miles away from Nationals Park. Until it’s time to hit the big league, Carey will continue to make his mark in Woodbridge.

“He brings a good attitude all the time,” hitting coach Luis Ordaz said. “Not only is a great two-way player, but an even better person. He’s a real good teammate. He gets along with everyone. The Latin players, the white players, it doesn’t matter. You will see that beautiful smile every day. That’s why he’s great to have on this roster.”

In addition to his contributions on the field, Carey also is continuing his effort to inspire and help young African American players by coaching Little League teams in inner city communities.