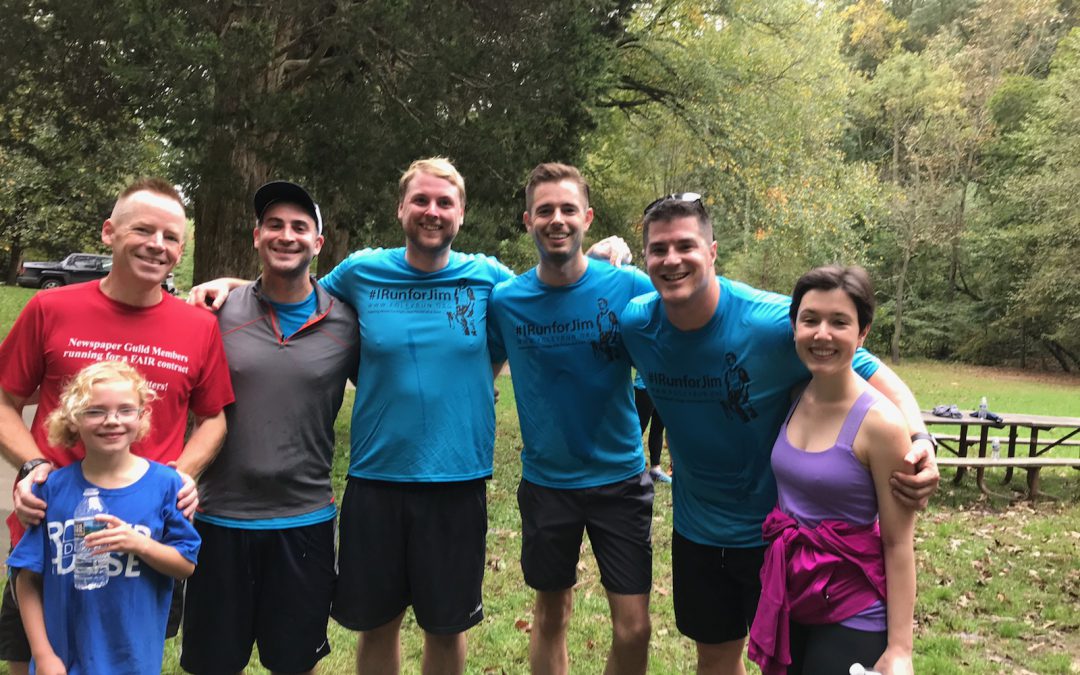 WASHINGTON — Moral courage is not something easily taught in the newsroom nor critiqued by an editor. Medill alumnus James Foley proved the extent of his moral courage when he was abducted and killed by ISIS while reporting during the Syrian civil war, becoming the first American to be killed by the Islamic State.

On Saturday, a half dozen Medill students joined a group of more than 40 journalists, media professionals, military members, students and supporters of James and his legacy at the Foley Freedom Run. Thousands participate in the 5K run/walk in cities across the globe each year, which was created to support “all Americans who have made the ultimate sacrifice to protect our freedoms,” according to the foundation’s website.

At the Washington run in Rock Creek Park, Foley’s brother, John, encouraged runners to remember his brother’s legacy before the race began.

“He was my big bro,” John said. “If my mom were here, she would say, ‘Thank you for your moral courage to stand with The James W. Foley Legacy Foundation.’”

Foley reported in Libya, Afghanistan and Syria, where he was taken hostage in 2012 in northwestern Syria and was killed by ISIS in August 2014 following the U.S. air strikes in Iraq.

Foley graduated from the Medill School of Journalism in 2008 and worked as a freelance text reporter and video journalist up to the time of his death. The 5K run/walk supports the foundation’s mission to “advocate for the safe return of all Americans detained abroad, to protect independent conflict journalists and to educate regarding these threats to our freedom.”