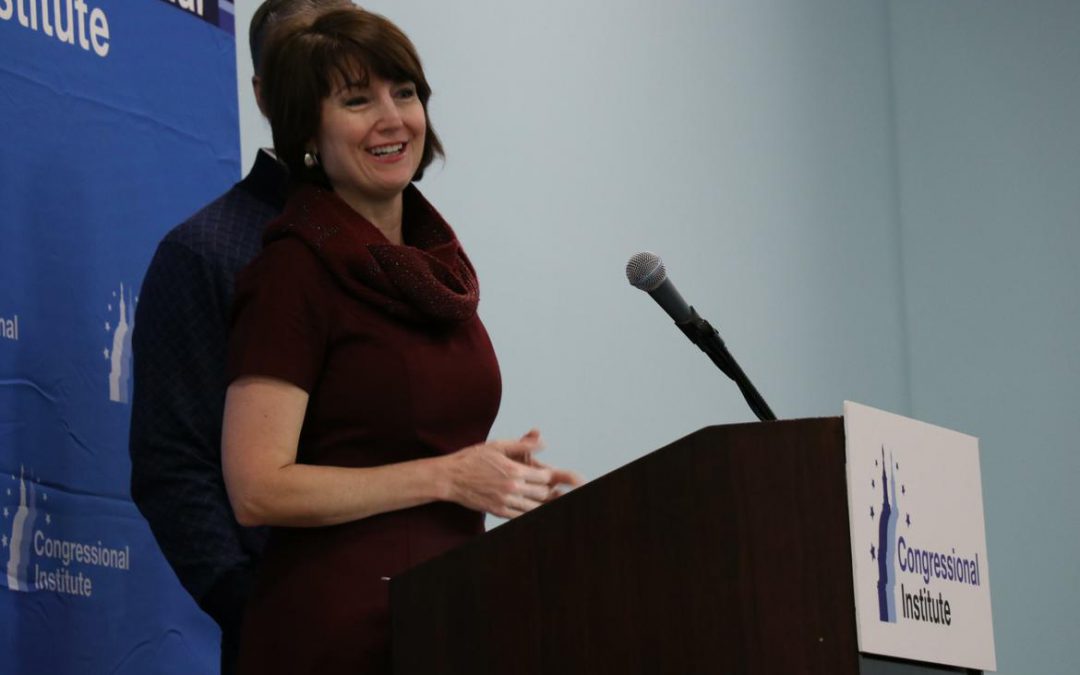 U.S. Rep. Cathy McMorris Rodgers speaks during a press conference on Friday, Feb. 1, 2018 at a Republican Party retreat in West Virginia. (Joey Mendolia / For The Spokesman-Review)

Kicking off a Republican Party retreat in West Virginia, McMorris Rodgers, R-Spokane, addressed the memo written by a California Republican congressman that examines the FBI’s handling of the Russia investigation during a news conference.

“I did have the chance to read the memo,” said McMorris Rodgers. “I walked away very concerned from what I’ve read and I do believe it should be made public.”

Rep. Devin Nunes, R-Calif., the chairman of the House Intelligence Committee, who prepared the memo, and other Republicans say it shows that the FBI abused its power in obtaining a warrant to investigate members of President Donald Trump’s campaign regarding the Russia investigation.

The Democratic Party and the FBI say the facts in the memo have been cherry-picked by Nunes, who served on Trump’s transition team, and are out of context.

Members of the FBI approached the White House and the Department of Justice in attempts to stop the memo from being published, stating they have “grave concerns” with the accuracy of the information in the memo.

The topic was one of many addressed by McMorris Rodgers at the news conference, which provided an overview for the Republican Retreat agenda as well as discussing general GOP strategy and policy ideas.

McMorris Rodgers started the conference by stating prayers of the Republican Party are with those affected by the collision on Wednesday between a garbage truck and the train carrying members of the Republican Party traveling to the retreat. None of the lawmakers or their families were seriously injured. But one person aboard the truck was killed and another critically injured.

She quickly transitioned to praising the recent tax cuts. “Thousands of dollars may be crumbs to some,” said McMorris Rodgers. “But hard working men and women, who’ve waiting way too long for this, will now have a reason to dream.”

“We want to stay focused on the priorities that the people want us to be focused on,” said McMorris Rodgers. “And I believe that  jobs and the econom, and infrastructure is part of that.”