Think you can budget better than Congress? There’s a game to prove it. 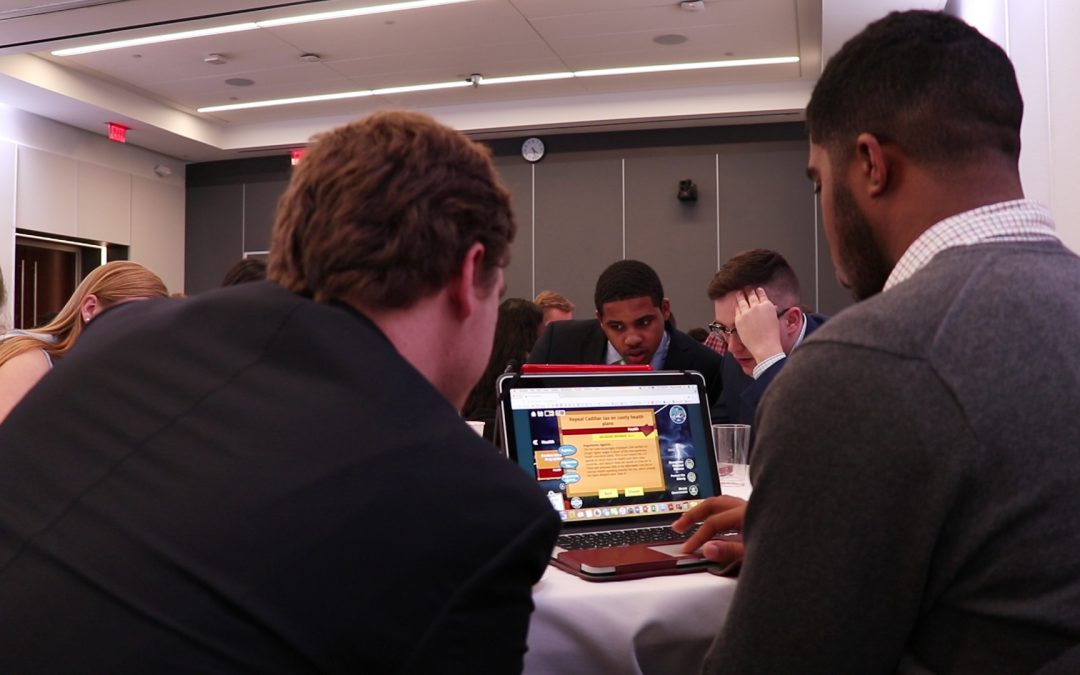 College students play the 'Fiscal Ship' game at Brookings, which puts the nation's financial future in their control. (Kevin Schmidt/MNS)

WASHINGTON– Money problems on Capitol Hill can get complicated when the battle between deficit hawks and social spenders creates a Congressional showdown leading into a government shutdown. And if you’re tired of what you are seeing among politicians, you can put the nation’s fiscal future in your own hands with the Fiscal Ship game.

The game was created at the Hutchins Center on Fiscal and Monetary Policy at the Brookings Institute in Washington. Louise Sheiner, a co-creator of the game, told the Medill News Service why it’s harder than it might seem. We met with students from the University of Georgia at one of Brookings’ group sessions to see how hard it really is to balance moral values and financial responsibility when establishing a federal budget.