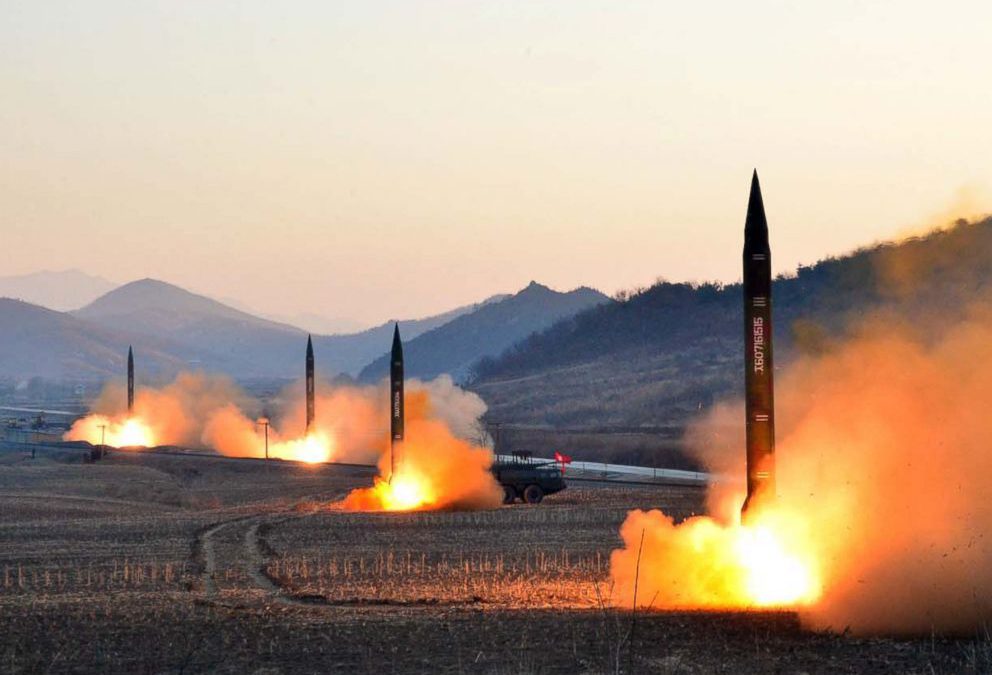 According to South Korean officials, North Korean leader Kim Jong-un said he is ready to engage in discussion with the U.S. regarding the dismantling of their nuclear arsenal (Photo Credit - Mariusstad https://commons.wikimedia.org/wiki/File:Nord_korea_missil.jpg)

WASHINGTON – Instead of fire and fury, we may get discussion and compromise.

On Tuesday, North Korean leader Kim Jong-un told South Korean delegates that the North is willing to begin discussion with the United States on dismantling its nuclear arsenal and ending its missile tests.

President Donald Trump has publicly clashed with Kim to the extent that each boasted about having a nuclear button on their desks, and  Trump even referred to Kim as, “little rocket man.”  Remaining skeptical about North Korea’s intentions, Trump retweeted an article early Tuesday morning about Kim’s statement, commenting, “We will see what happens”.

Michael O’Hanlon, Senior Fellow of Foreign Policy at the Brookings Institution, shares Trump’s skepticism. “We have to assume it’s a game,”  O’Hanlon said in an email. “An effort to lessen the pressure for sanctions enforcement and drive wedges among the various actors.”

As the first non-North Korean officials to personally speak with Kim, the South Korean envoy traveled to Pyongyang for a two-day visit. During those meeting, the two Koreas agreed to hold a summit between Kim and South Korean President Moon Jae-in.

Kim notoriously ramped up the production of North Korea’s nuclear arsenal after inheriting power following the death of his father, Kim Jong-il, in 2011. However, since New Year’s Day when he proposed sending delegates to the Winter Olympics in South Korea, Kim’s rhetoric seems to have softened and is geared more towards negotiations and peace than all-out nuclear war.

“We can still explore the situation with an open mind,” said O’Hanlon. “As long as we know our own core principles and trade space, and coordinate well with South Korea and Japan in particular, as well as China and Russia and Canada and the UK and France and Australia.”

In this giant game of chess, Kim’s statement, as of now, is the most recent move. Whether discussion will materialize is yet to be seen.