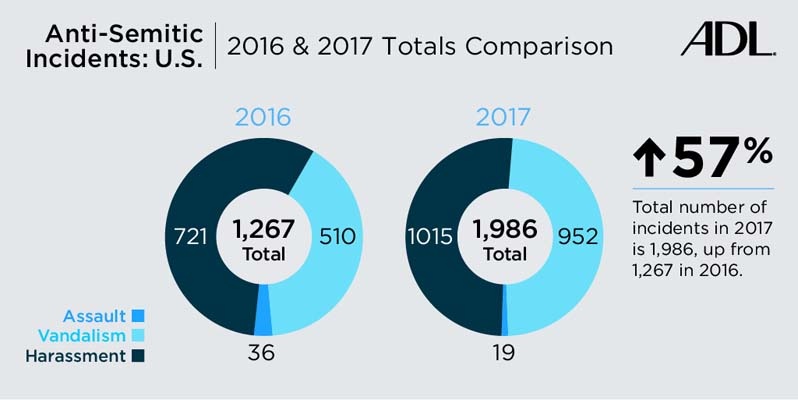 WASHINGTON – The Anti-Defamation League reported that anti-Semitic incidents in the United states increased substantially between 2016 and 2017. The report found 1,986 anti-Semitic incidents in the first year of Trump administration, which is the second-highest number since the group has been recording incidents since 1979. The report shows a 57% increase over last year. For the first time since 2010, an incident happened in every state.