In Paris, Yara Al Hasbani Uses Dance to Protest the War in Syria 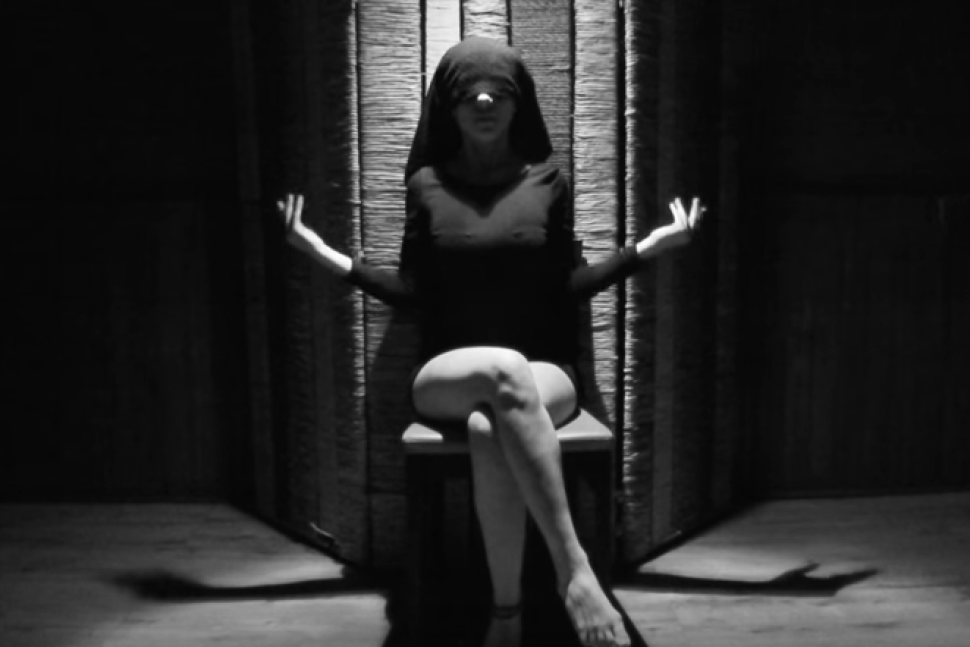 Yara Al Hasbani fled Damascus in 2014. Now in Paris, she uses her art to speak out against Syrian President Bashar Al Assad.

PARIS — Yara Al Hasbani was preparing for a dance recital in her hometown of Damascus in 2014, when her uncle called her and told her to come home.

“When I arrived…I heard the voice of my mother screaming so loudly,” she recalled. “Then I understand that my father passed away.”

Hasbani’s father had been kidnapped three weeks earlier. Ten soldiers from President Bashar al-Assad’s Syrian army broke into her home. They beat Yara, her little brother and her mother and took her father away.

The next time the family heard about him, they were told he was dead.

When Hasbani’s family returned home after retrieving her father’s clothing and watch from the prison, the same people who tortured and killed her father called Yara and warned her that she was next.

That was the moment Hasbani said she knew she had to leave her home and say, “bye to Syria.”

Nearly four years later, Hasbani is trying to make a new life for herself as a dancer and performance artist in Paris. Now 24, she is one of 5.4 million refugees who have left Syria since the start of the war in 2011.

She rejects the label of refugee — it is a temporary situation, she insists, and not what defines her. She is a dancer, which is something her father always wanted for her and always supported her doing. And she uses her art to tell stories about a regime that has torn her country apart.

Recently, she and a friend brought an audience to tears during a performance in a square near the Eiffel Tower.

They recreated the images they had seen in a video: Syrian civilian bodies shriveling after a chemical weapons attack by Assad’s forces. In a world where people are separated by language, she was able to express a message without even having to speak.

“I never dance because I just want to dance,” she explained. “I always have a reason.”

The war in Syria began in March 2011 when security forces fired into a crowd of protesters who were standing up against Syria’s government, which has been controlled by the Assad family since 1971.

Hasbani was frustrated by how the peaceful protest turned violent. Once Assad’s forces killed the protesters, she said, the revolution became one defined by its violence instead of its message of reform and hope.

“This is not a war, this is our revolution,” she said. “We didn’t ask to fight with arms. We were in the streets, me and my friends, holding hands…and then [the police] start to kill people in front of our eyes.”

The revolution is still struggling. Assad was able to slowly re-assert his power over the country with the backing of both Russia and Iran. By the end of 2014, the year Yara fled Damascus, a United Nations official said that more than 250,000 people had been killed in the war. By mid-2016, that number had nearly doubled.

By December 2016, Aleppo – one of Syria’s largest cities and a rebel stronghold – fell back under Assad’s rule. Assad then focused on another region being controlled by rebel forces: Eastern Ghouta, a suburb outside Hasbani’s hometown of Damascus. By February 2017, Eastern Ghouta was being bombarded with air strikes.

Syrian forces destroyed the area with barrel bombs, missile strikes, chemical weapons attacks and a ground offensive. Hospitals have been destroyed, families have sought shelter underground, more than 1,000 people have been killed and thousands more are currently fleeing the region.

The United Nations Security Council recently unanimously approved a resolution demanding a ceasefire across Syria. But that did little to stop Assad’s military forces from continuing to level the region and cut off humanitarian aid to many of the 393,000 people who live there.

Hasbani said that after seven years of war, it’s hard to retain a shred of optimism about eventually toppling Assad.

“We cannot imagine the moment where Bashar al-Assad will leave,” she said. “We are trying just to make this guy go away, [so we can] come back there to build our country.”

When Hasbani arrived in France with her mother and younger brotherm she was exhausted from a journey that took her over 2,500 miles away from her home. They spent eight months in a remote city where residents were hostile or indifferent to her and her family, but Hasbani and her younger brother eventually settled in Paris at Pierre Claver school. The school helps young refugees assimilate into French society by teaching them French, connecting them with mentors, and helping them find work or re-enter college. Her time at the school gave her a sense of family and hope she would otherwise not have.

“I would love to stay here all the rest of my life,” Hasbani said.

Hasbani and her immediate family made it safely to Europe (her sister now lives in Germany), and her family and friends still in Syria try to downplay the intensity of their daily lives in the rare moments Hasbani is able to speak with them. She said knows the realities they face each day the war continues. While the civilian death toll rises and accusations of human rights violations continue, the international community is able to do little more than speak out against the atrocities.

Rawya Rageh, the Senior Crisis Advisor for Amnesty International, has denounced the Assad regime for crimes against humanity and has criticized the UNSC for its failure to refer the situation to the International Criminal Court, where Assad could be officially charged with war crimes. Russia – a strong ally of Assad – has vetoed 11 UNSC resolutions involving Syria, protecting Assad from investigations launched by the security council.

“What we are seeing in Syria is the country becoming a textbook example of the extremely high price that civilians end up paying as a result of impunity when it comes to mass atrocities,” said Rageh. “The reason why we are seeing chemical weapons attacks and all sorts of atrocities repeated…is directly linked to the fact that we have had no semblance of justice and accountability.”

Hasbani said she plans to leave France for a refugee camp in Jordan by 2020. She wants to take along costumes from the Paris ballet for 10 girls and stage dances from Swan Lake, in an effort to create an image that many do not associate with the term “refugee.”

In the meantime, she will continue to dance, tell stories, and fight for a country that she loves and a home that she misses.

If the revolution were somehow to succeed, Yara said the world would see a far more positive side to Syria than the images of destroyed cities and children clutching oxygen masks that have poured out of the country for the last seven years.

“If they really kick [Assad] out,” she said. “You will have a very beautiful Syria.”