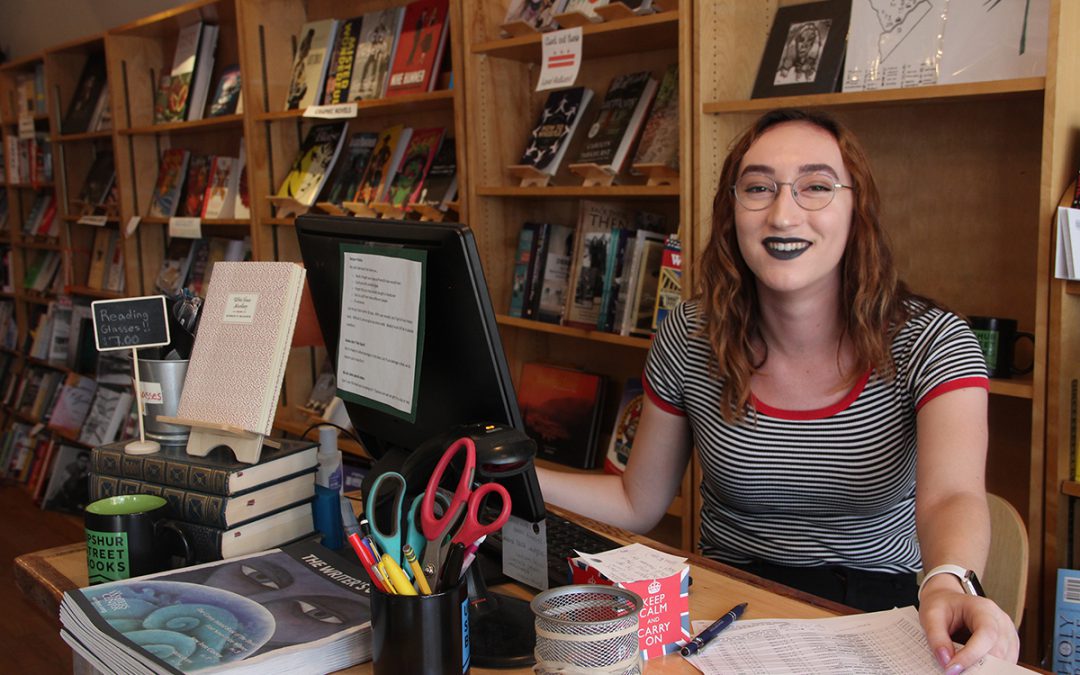 WASHINGTON — A cozy, intimate bookstore in Washington, D.C., whose bestselling titles include the “Good Night Story for Rebel Girls” and “The Handmaid’s Tale,” refuses to be intimidated by the brick-and-mortar Amazon bookstore that just opened nearby—the first to take root in the nation’s capital.

Katie Presley, a buyer at independent book seller Upshur Street Books, located in the “funky” Petworth neighborhood, argues the e-commerce behemoth is lacking in an area that matters most to local readers: human connection.

“They can beat us when it comes to price… and they can beat us at delivery times… but they can’t touch us on human interaction,” said Presley in an interview.

The “human connection” has helped Upshur Street Books thrive since it opened more than three years ago. Last year, for instance, sales increased 10 percent from the previous year.

Upshur Street Books is part of a resurgence in the indie bookstore. The American Booksellers Association reports a staggering 35 percent increase in the number of independent booksellers from 2009 to 2015 despite mounting e-commerce pressure from Amazon with over 100 million Prime subscribers globally. 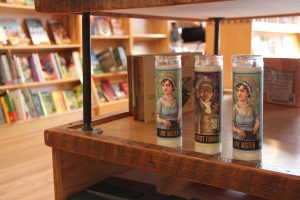 Indeed, the popularity of online shopping has already pushed many brick-and-mortar stores out of business. A record-breaking 12,000 retail stores are expected to close this year, according to data analysis firm Cushman & Wakefield, due to Americans’ love affair with the convenience of e-commerce. Some of those storefronts include iconic brands like Toys R’ Us, Sears and Kmart.

Even big name brands and shopping malls have struggled. An estimated 25 percent of U.S. malls are predicted to close by 2022, according to a report by Credit Suisse.

Amazon did not respond to requests for comment for this story.

Despite the recent retail carnage, many mom-and-pop shops have found a way to thrive. These small retailers are maximizing new shopping trends to encourage strong sales and customer interactions by pairing websites and storefronts in complementary ways.

At Upshur, that means designing its website to match the “cozy” feel of its sole location, “highlighting the vibe of the store and what it feels like when you walk in,” Presley explained.

“Anything that is Instagram-worthy” can draw in customers who may have stayed home on their couch, Leone said.

“The storefront is the gateway for online sales,” she said.

In fact, the storefront still remains one of the most important aspects of the purchasing process, according to CBRE retail expert Melina Cordero.

“You need to create something unique. Otherwise what’s the point when you can just click,” she said.

“The trend now is about experiences,” Leone said. “When you’re going to buy climbing shoes, the climbing wall has to be [in the store]. Or if you’re trying out skis, you need to be able to ski in the store.”

These trends can work in the favor of small businesses, especially bookstores, according to economic development planner Ryan Hand. The intimacy of a small bookstore will not be imitated by the internet or felled by the “retail apocolypse,” he predicted. 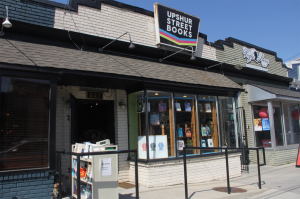 “Shopping for a book is an emotional experience,” Hand said. “The future of bookstores are small and mixed concept stores. [They will be] social spaces where you develop that emotional connection by books that are curated by literature nerds.”

Economist Leah Brooks said small, family-run businesses have also gained social value among consumers in recent years: “The small and mom-and-pop store has gained cache in our post-internet era. I think that maybe we place an even greater value on it than we used to.”

“We’ve seen a sharp uptick in loyalty to our store, and to the idea of indie businesses in general, over the last year or two.”

“Book lovers are reading these big scary headlines about the death of the book industry… and they’re motivated to put their dollars into an industry and an art form that they love and want to keep around,” Presley added.

It could even be a classic David and Goliath tale for the 21st century.

“A machine as big as Amazon isn’t light enough on its feet to capture that intimacy and neighborhood-specific savvy that makes our store shine.”