North Dakota’s Top Speller Makes It To The Next Round 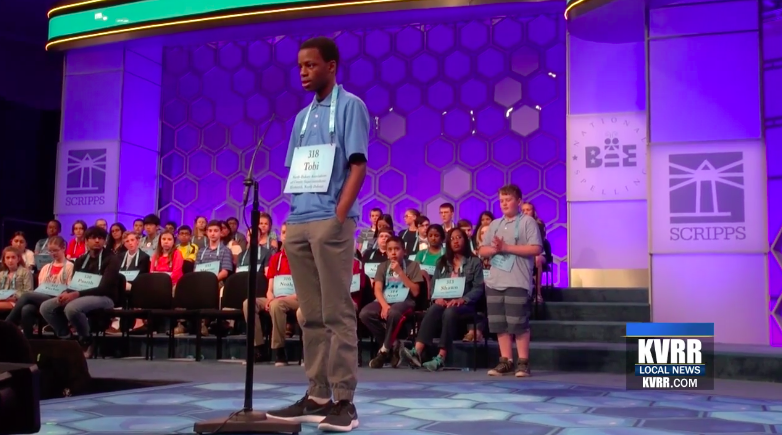 North Dakota’s Top Speller Makes It To The Next Round

WASHINGTON, D.C. — North Dakota’s county and state spelling champion made it to round three of the Scripps National Spelling Bee. So how did Tobi Shorunke of Fargo do Tuesday afternoon? His word was “portulaca” and he asked for the definition.

Any plant of a genus of mainly tropical succulent herbs having usually yellow, pink, red, white or purple ephemeral flowers with four to six petals. Portulaca.

Shorunke, an 8th grader at Ben Franklin Middle School, spelled the word correctly and moves on to the next round. He says his goal is to at least make it at least to the semi-finals.

Bukola Bakare Shorunke, Tobi’s mother said, “I know this is huge, very challenging. I know he’s very passionate and hoping to make it very far today. Throughout the competition, yes.”

There is a record-breaking 516 spellers from around the country and nine other international countries competing to make the final round.

The spelling bee finals will be on ESPN on Thursday.