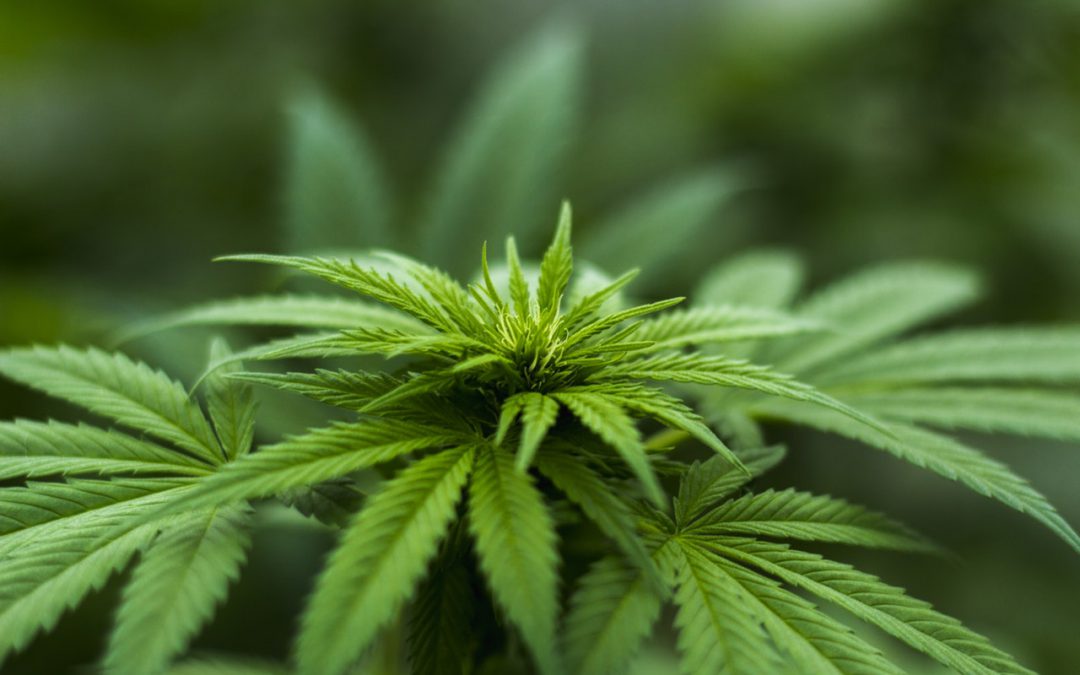 WASHINGTON – Voters in four states this year will cast ballots to determine whether medical or recreational marijuana should be legalized, potentially expanding legal pot use to just shy of two-thirds of the states for the first time, even amid federal resistance to legal acceptance.

Yet despite the number of states legalizing marijuana use growing, the U.S. government still has the right to prosecute people who violate marijuana-related federal crimes, causing confusion for states and the citizens who are lawfully abiding by their state’s law.

A new bill introduced in Congress Thursday could change that — all without federally legalizing marijuana.

Sens. Elizabeth Warren, D-Mass., and Cory Gardner, R-Colo., announced Thursday bipartisan legislation that would give states the right to legalize or decriminalize marijuana within their borders without federal interference.

The Strengthening the Tenth Amendment Through Entrusting States Act—known as the STATES Act—would protect marijuana users from federal prosecution so long as they comply with the requirements in their state’s marijuana law.

“Because of the one-size-fits-all federal prohibition, state decisions like this put Colorado and other states at odds with the federal government,” said Gardner at a press conference. “The bipartisan STATES Act fixes this problem once and for all by taking a states’ rights approach to the legal marijuana question,” he said.

The effect, the senators hope, would be to provide protections for medical marijuana users, give currently-prohibited federal banking privileges to marijuana dispensaries and businesses, and also eliminate, what Warren calls, the “systemic” injustice of imprisonment for marijuana-related crimes.

“Our federal marijuana laws are outdated, and they’re broken,” Warren said at the press conference.

“The way I see it we have two choices: We can either sit on the sidelines and we can bemoan the old-fashioned policies, or we can roll up our sleeves, get to work and propose a solution,” the senator from Massachusetts, where voters legalized recreational cannabis in 2016, said.

In a high-level endorsement Friday, President Donald Trump said to reporters, “[I] probably will end up supporting” the Warren-Gardner bill.

Sen. Warren pushed back on the suggestion, voiced by a reporter, that the bill is unlikely to pass Congress in an election year, despite the president’s backing.

“Why would you say that?” Warren asked a reporter.

“The two of us,” Warren and emphatically, as Gardner chuckled.

The bill, Warren argued, is a “practical” move for marijuana reform that will “respect the voters in those states.”

However, critics of the bill point out the STATES Act’s intentional vagueness, which could allow for a number of loopholes that both the federal and state government could exploit.

“Imagine, for example, that a supplier is licensed by her state to cultivate 1,000 plants, but she actually keeps 1,001 plants in her warehouse. The state might treat this as a minor violation, perhaps subjecting the supplier to a warning or small fine,” wrote Robert Mikos, a professor at Vanderbilt University’s law school, on his marijuana-focused blog. “But if the STATES Act is interpreted literally, she would now be criminally liable under federal law.”

The supplier, Mikos wrote, could face 10-year mandatory sentence, depending on whether the supplier is liable for the one errant plant or the entire batch of 1,001 plants.

The bill also does not provide guidance if the federal government disagrees with the specifics of a state law, such as if a state allowed minors to use marijuana or allowed a dispensary within close proximity to a school. Congress would still be able to pass individual legislation pre-empting any state-level rule to address the law,

Despite its lack of specificity on some key issues, the Warren-Gardner marijuana reform bill is considered by many to be a first step forward in marijuana legislation reform and a possible compromise amenable to entrenched interests on both sides.

But the bill would not eliminate the long-standing federal prohibition on marijuana, even though 61 percent of Americans now support legalizing weed—double the support from 2000, according to a Pew Research survey from earlier this year.

That growing support for legalized marijuana has emboldened members of Congress to put forth even more aggressive and sweeping marijuana reform bills.

Senate Minority Leader Chuck Schumer, D-N.Y., introduced a bill on the marijuana holiday 4/20—tied to the police code for pot use, which is ‘420’—that would remove marijuana entirely from the list of ‘Schedule one’ drugs that legally classifies marijuana as dangerous as heroin, LSD and ecstasy.

Separately, Sen. Cory Booker, D-N.J. and Rep. Barbara Lee, D-Calif., introduced the Marijuana Justice Act in the past year, which would federally legalize marijuana; it has gained the support of influential senators such as Bernie Sanders, I-Vt., and Kirsten Gillibrand, D-N.Y.

The much more modest Warren and Gardner bill seems more likely to pass Congress due to its emphasis on states’ rights, which appeals to the conservatives that control both chambers, experts said. In fact, it is in the individual states where the most progress toward legalization has been realized and where efforts are focused this year.

In Oklahoma, voters will cast a ballot on June 26 on whether to allow medical marijuana. Advocates are buying ads, messaging voters on social media, touring the state and knocking on doors to get their message across.

One of those organizers is Chip Paul, the co-founder of Oklahomans for Health, a nonprofit who wrote the ballot question and is dedicated to getting Oklahomans to vote ‘yes’ later this month.

“How can you attack marijuana when [83 percent] of the nation believes in medical marijuana?” said Paul.