Led by organizers of the Women’s March, participants called for the abolition of ICE and a stop to the detention of undocumented immigrants. (Holly Honderich/MNS)

WASHINGTON — Hundreds of women dressed in white surrounded the Justice Department Thursday to demand an end to the Trump administration’s zero-tolerance policy toward illegal immigrants. Later in the day, over 500 were charged and later released in a Senate office building as they staged a sit-in wrapped in foil blankets liked those used by immigrant children separated from their parents at the border. A spokesperson for the Capitol Police said that approximately 575 individuals were charged with unlawfully demonstrating in the Senate Hart Office Building.

The protest was part of a day of civil disobedience organized by Women’s March members leading up to a larger rally planned by them and other groups Saturday to protest President Donald Trump’s “zero tolerance” policy toward undocumented immigrants.

The protesters circled the Department of Justice as they chanted “DOJ Disobey” and “We Care.” They paused for a moment of silence for the migrant children who remain unaccounted for. 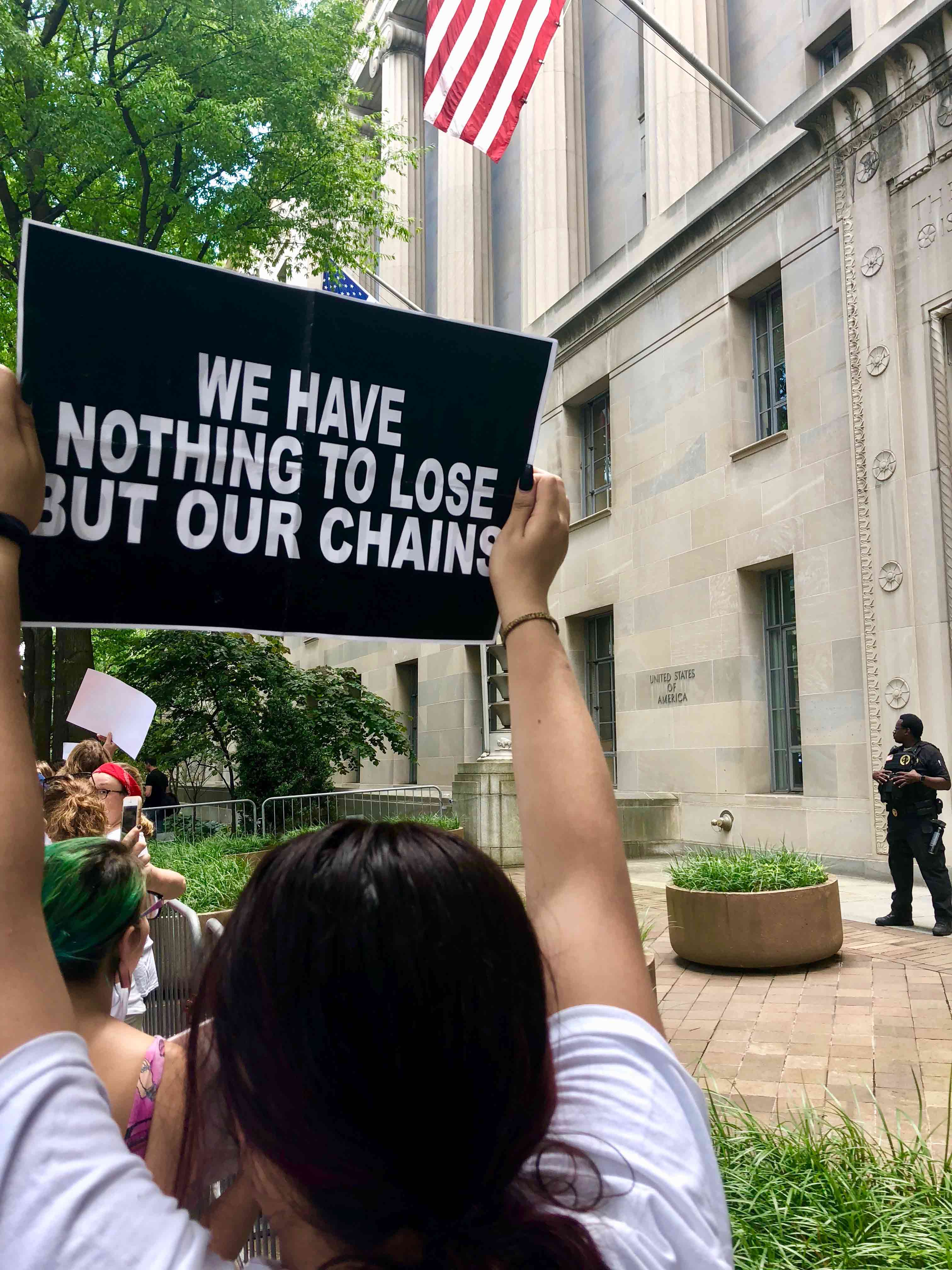 Political and public outcry against the administration’s policy of separating parents from children upon arrest prompted Trump to sign an executive order last week saying parents and children would be kept together in detention. But implementation has been confused, with administration officials offering different explanations of how the policy was being implemented and how and when children would be reunited with parents.

“It’s been signed but what are the actions that are being taken?” said Diane Dresdner, 60, who drove from Northern Virginia to help direct the protesters. “They’re separating parents from children, they’re also separating brothers from sisters and young siblings from older siblings. That’s horrific. Horrific.”

Laura Divito of Long Island, New York, said, “I don’t believe anything that this particular president is saying and that’s because of his history of constant lying.” 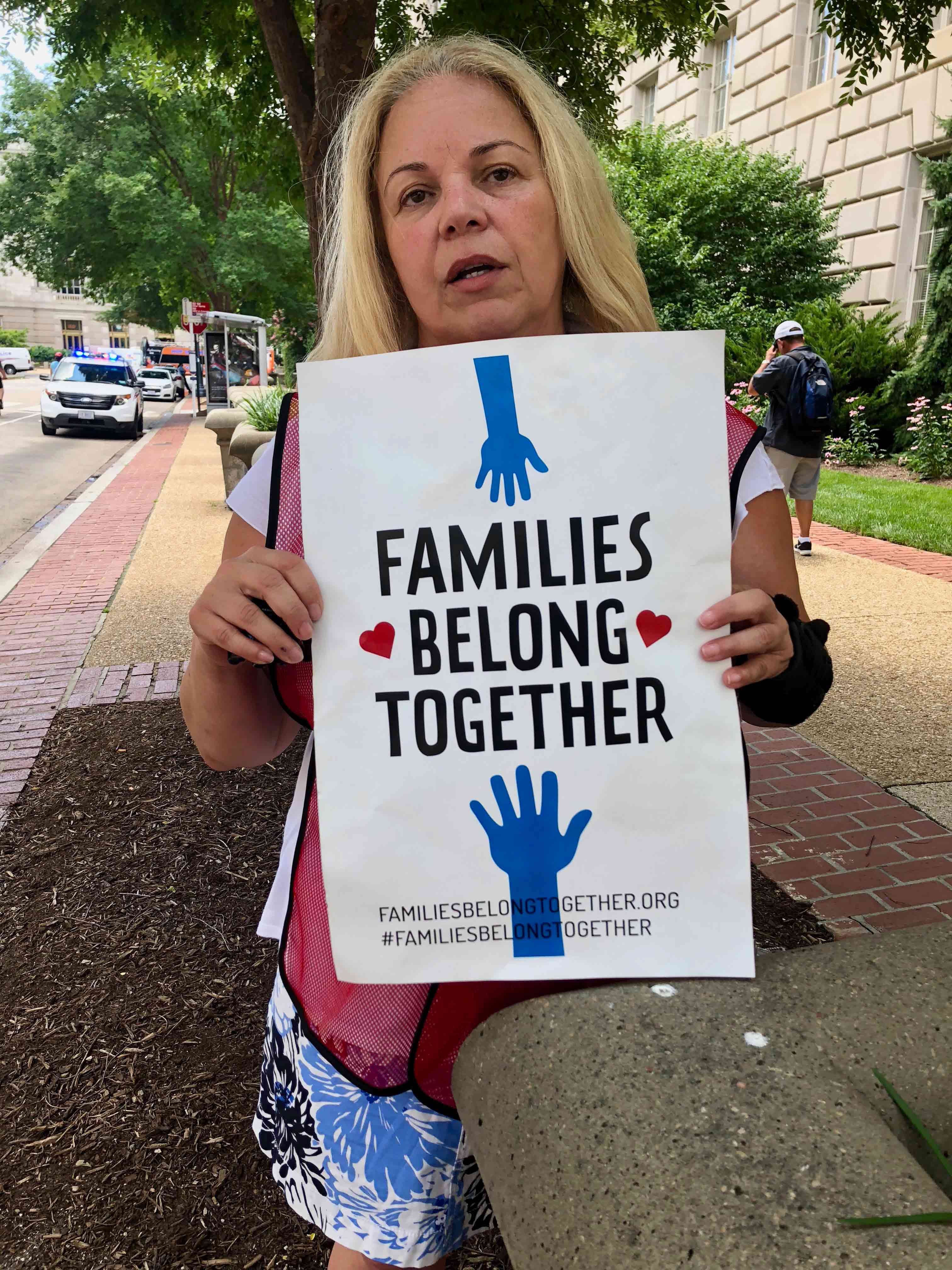 Laura Divito drove from Long Island, New York to attend the demonstration and provide support for the protesters. She is staying with with several other participants so she could attend the protests both today and Saturday. “We have people basically from everywhere,” she said. “I went and bought a $20 air mattress.” (Holly Honderich/MNS)

For others, however, these policies merely served to highlight a longstanding problem.

“Everyone keeps saying, ‘This isn’t the America that I know,’ but I mean, this is,” said Jill Manrique, 33, of Skokie, Illinois. Manrique said she was compelled to participate partially because of her Mexican and Jewish heritage.

“I think it’s important to not pretend America’s this place that didn’t do this before and that hasn’t treated people like garbage, because it has,” she added. “And now it’s just time for everyone to wake up and change it.” 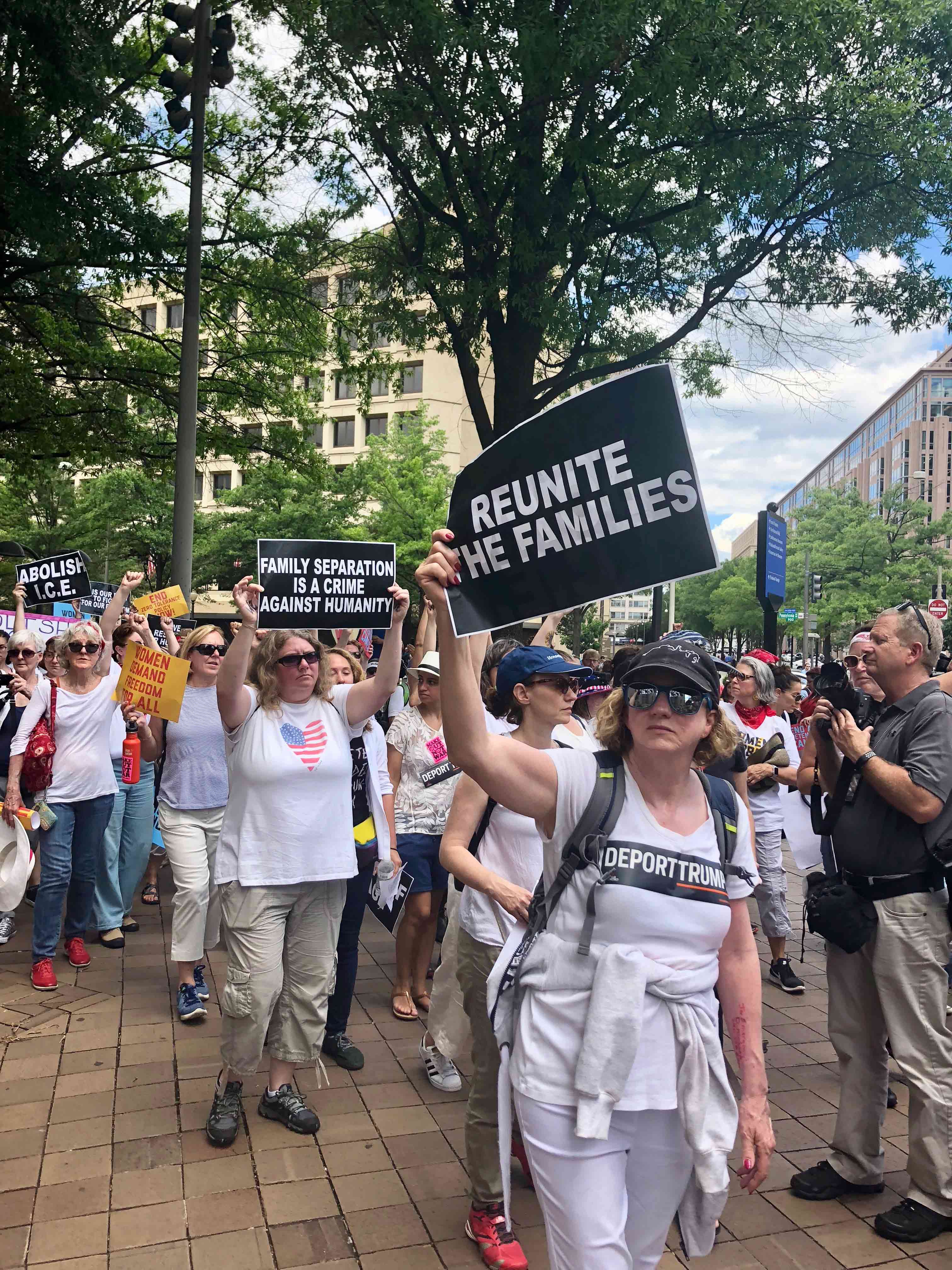 Later in the day, over 500 protesters were arrested and charged by Capitol Police for unlawfully demonstrating in the Hart Senate Office Building. (Holly Honderich/MNS)

After the DOJ protests, many of the women moved on to Capitol Hill, where they staged a sit-in at the Hart Office Building.

“Women are being arrested by the hundreds in Congress demanding an end to the criminalization of immigrants,” the Women’s March official twitter account said.