Tension between ranchers and CBP heightens amid push for border wall 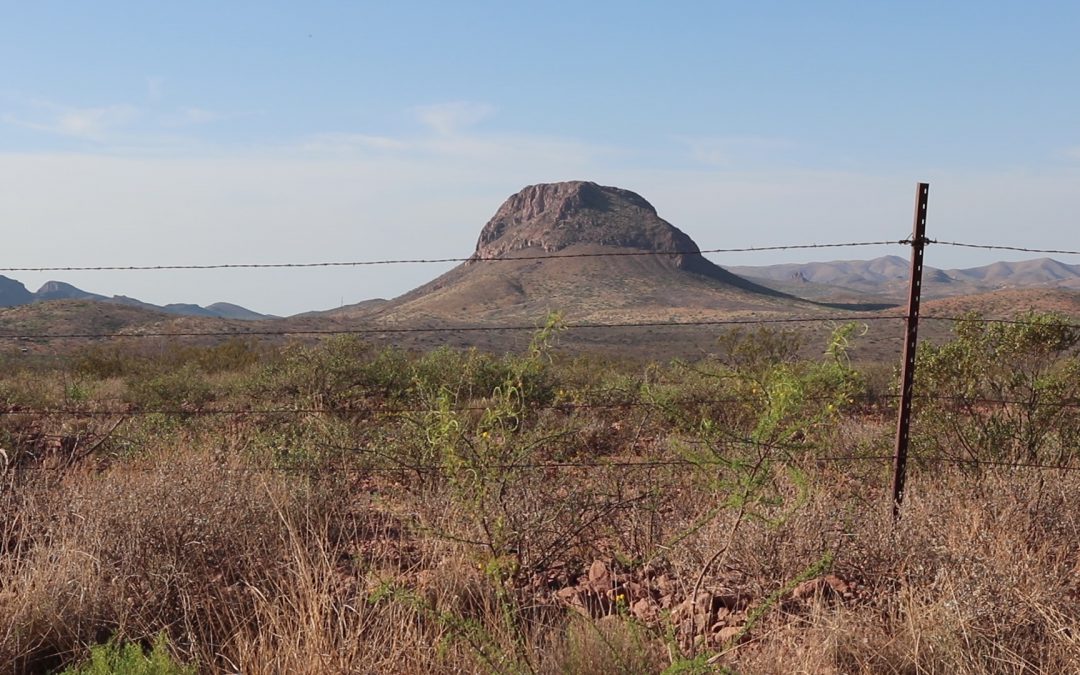 TUCSON, Arizona – More than a dozen ranchers who own or control a combined 100 miles on the border between Arizona and Mexico say the number of migrants crossing their land after they enter the U.S. illegally was on the decline before the Trump administration, but border crossings are now happening more frequently on their land.

But the members of the Border Working Group, a collection of ranch owners or managers in the 262 – mile Tucson Sector of the border, say a bigger, stronger wall isn’t the answer. Instead, they’re pushing for more border patrol agents.

“Before Donald Trump got elected there was maybe one group every two weeks” crossing his land from Mexico, said John Ladd, a fourth-generation rancher whose property lies along the border close to Naco, Arizona just eight miles north of the San Jose mountains. “From 1995 to ‘05 they were catching 200 or 300 people a day on our ranch.”

The number of border crossings on Ladd’s ranch increased from one group of people every two weeks to groups of two or three people per day over the past six months, he said.

In his opinion, a six-foot steel fence, similar to the boundaries currently erected on a part of his land, is all that’s needed to stop border crossings if more agents were assigned to patrol the Mexico-U.S. boundary.

Kelly Glenn-Kimbro, a fifth-generation cattle rancher who maintains 22,000 square acres of land along the border in Douglas, Arizona believes a border wall built to replace existing boundaries will be a waste of money and could hurt the environment.

“The border patrol is assigned to secure the border, our legislators have put legislation in place to secure the border. This ranch and our family does not believe that the government should spend excess money on building another style of wall,” she said. Glenn-Kimbro also believes building a wall will be detrimental to the wildlife and ecosystem found in the area.

A concrete border wall would deplete natural resources during construction around the site, and would impede water runoff once it’s complete, according to Glenn-Kimbro. Both of these factors could permanently alter the land, she said.

“A wall could be surveillance” of the international boundary, she said. “That, we would be open to.”

At the end of 2015, local sheriffs started a border team that was able to shut down most of the traffic across Ladd’s land over the past 2.5 years without the help of U.S. Customs and Border Protection.

“Border patrol is a failure” at least in the Tucson sector, Ladd said. He attributes this failure to the “defense in depth” strategy introduced by then-Sector Chief David Aguilar in 2005.

This strategy removes agents from the international boundary in sparsely populated areas and staggers them in positions miles north to patrol communities. The position of agents is based on the amount of time they have to apprehend an individual after they cross the border, according to Agent Jacob Stukenberg, public information officer for Customs and Border Patrol in the Tucson Sector.

If migrants cross the border in a city or densely populated community, border patrol agents only have seconds to minutes to apprehend that individual before they assimilate into their surroundings, according to Stukenberg. As the border environment becomes more rural and sparsely populated outside of cities and communities, the more time agents have to apprehend the migrant. Which means, there’s a higher number of border agents patrolling the international boundary in cities and fewer agents patrolling that boundary in rural areas, where ranching communities are located.

“They forced them on top of us,” said Fred Davis, a fourth-generation rancher who lives roughly 12 miles east of Tombstone, Arizona, about the shift in migrant traffic from border cities to rural areas following the implementation of the “defense in depth” strategy.

Davis also believes placing more border patrol agents on the international boundary in rural areas will be more effective than building a wall.

But an increase in agents could lead to an increase in tension between ranchers and U.S. Customs and Border Protection, due to a lack of continuity between border stations.

“Many times, a lot of the ranchers have problems with agents leaving gates open or hitting their cattle with their vehicles,” said Peggy Davis, Fred Davis’ wife. “They just don’t know the protocol to help the rancher and they don’t have enough time there to learn.”

Roughly six years ago Ed Ashurst, the manager of a 52,000-acre ranch 33 miles east of Douglas, Arizona refused to let agents on the property because they killed cattle with their vehicles while in pursuit of migrants. This prompted a legal battle between Ashurst and U.S. Customs Border Protection.

“By law, I cannot keep them off of the ranch. Within 25 miles of the border, you have to let them do anything they want to do,” Ashurst said.

“We all see the incompetence of the federal government’s response to the problem,” he said. “The border is a line and the border patrol should be on the border.”

U.S. Customs and Border Protection does evolve and implement new tactics when needed, and has learned many lessons on what works and what does not in terms of infrastructure, personnel deployment, and technology use, said CBP Public Affairs Officer Daniel Hernandez.

“The public may not be aware of everything we do because it is law enforcement sensitive, but their well-being, and the wellbeing of all people is considered in our planning,” he said.