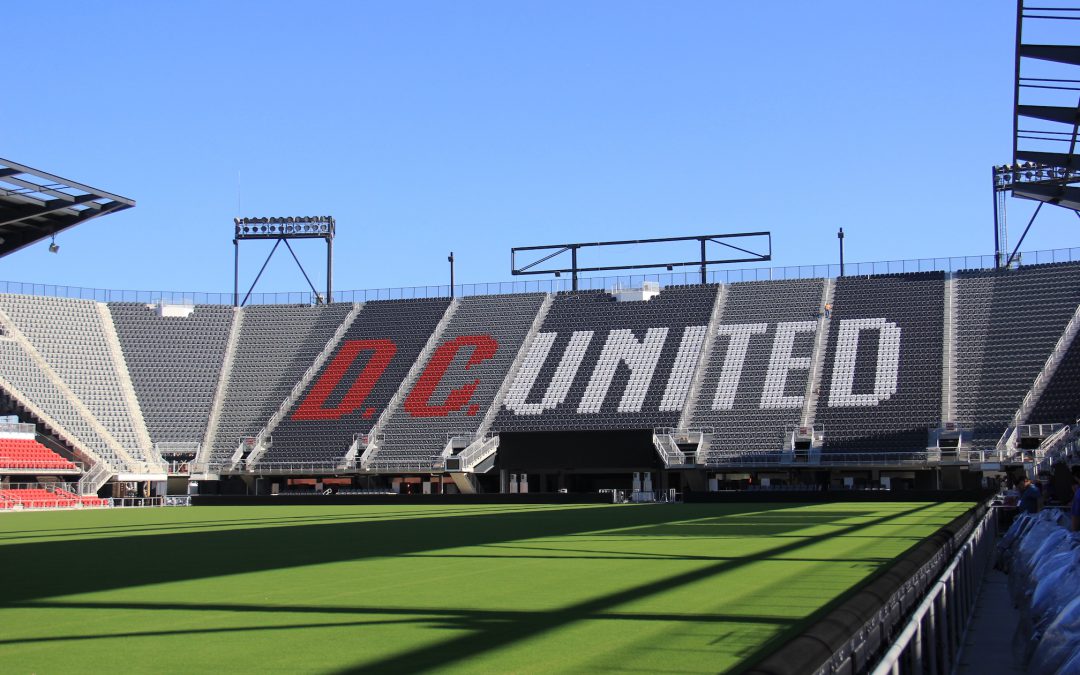 WASHINGTON – Monday was moving day for D.C. United: After 22 seasons of competing in a nearly 60-year-old stadium originally built for the Washington Redskins, the team finally took possession of their own home –Audi Field in southeast Washington. 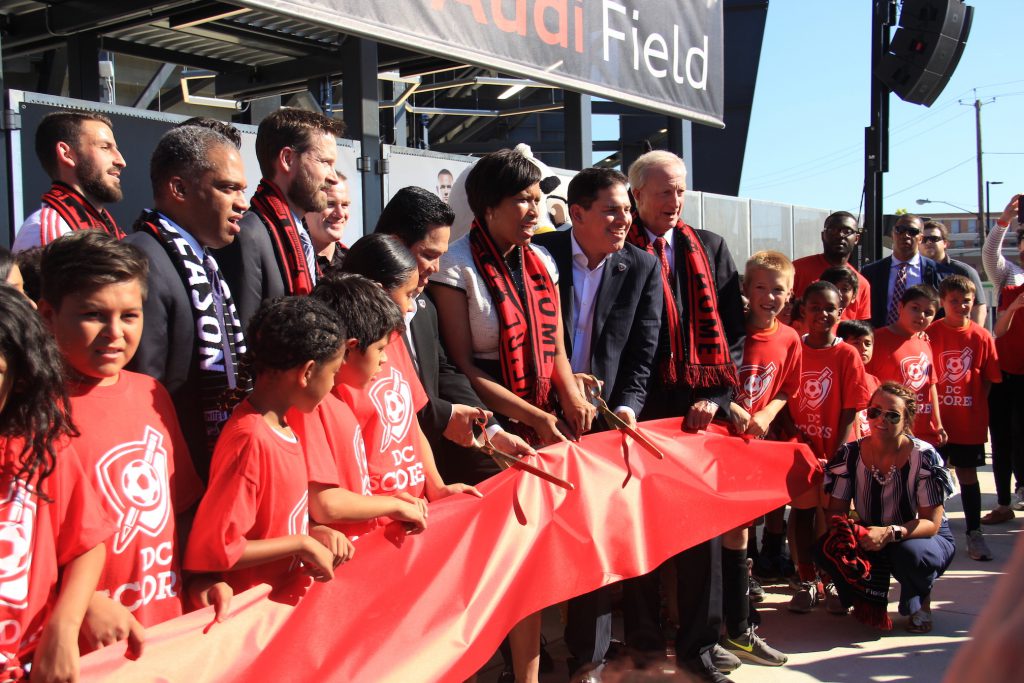 Here are four key phrases for you to remember about the state-of-the-art facility:

One of the 10 founding teams of the MLS, D.C. United struggled for years to get a soccer-specific stadium. Last years average attendance was 17,904, which is perfect for the new stadium’s 20,000-person capacity. But RFK Stadium’s larger size to meet a 45,596 capacity cost more to operate than was necessary, cutting into profits. In 2013 the team finally reached an agreement with D.C. City Council to build a soccer-specific stadium at Buzzard Point.

The opening of Audi Field leaves only one of the nine founding teams of MLS still in existence – the Tampa Bay Mutiny dissolved in 2001 – without a soccer-specific stadium.

Audi Field is the 16th soccer-specific stadium owned by one of the 23 MLS teams. 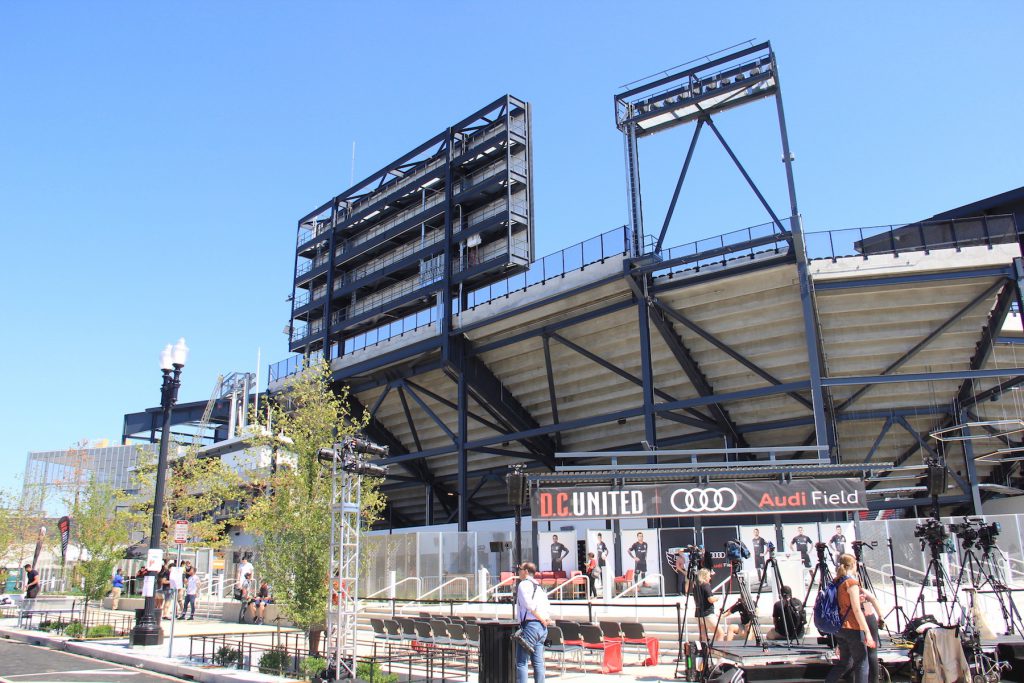 The United scheduled 12 of their 14 regular season games so far on the road while waiting for the completion of Audi Field. The two so-called “home games” were played in Maryland – one at the Soccerplex, the other at the Navy-Marine Corps Memorial Stadium.

This is not a typical season schedule for an MLS team, but the travel has its own reward. The United can really settle into their new digs — 15 of their last 20 games this season will be at Audi Field, including a seven home-game streak from Sept. 12 to Oct. 21. 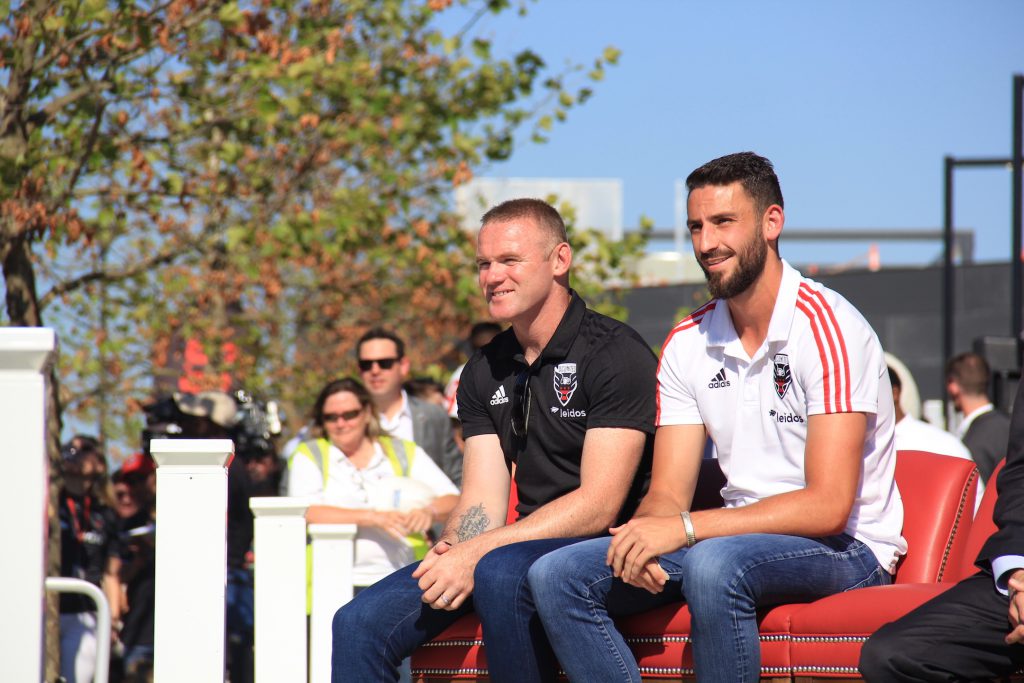 The advantage of launching late is also obvious. Audi Field, what D.C. Councilman Jack Evans referred to as the “best soccer stadium in the United States,” is designed to create a unique experience for soccer fans.

Seats on three of the four sides are at a 35-degree angle from the field – record steep in the MLS. The first row is only about 8 feet from the sideline. This will give fans a better watching experience as well as a stronger sense of engagement.

“We’ve designed this stadium to make sure that there is no such thing as a bad seat,” said team DEO Jason Levien on Monday. “Every fan in this stadium will be in on the action every game.” 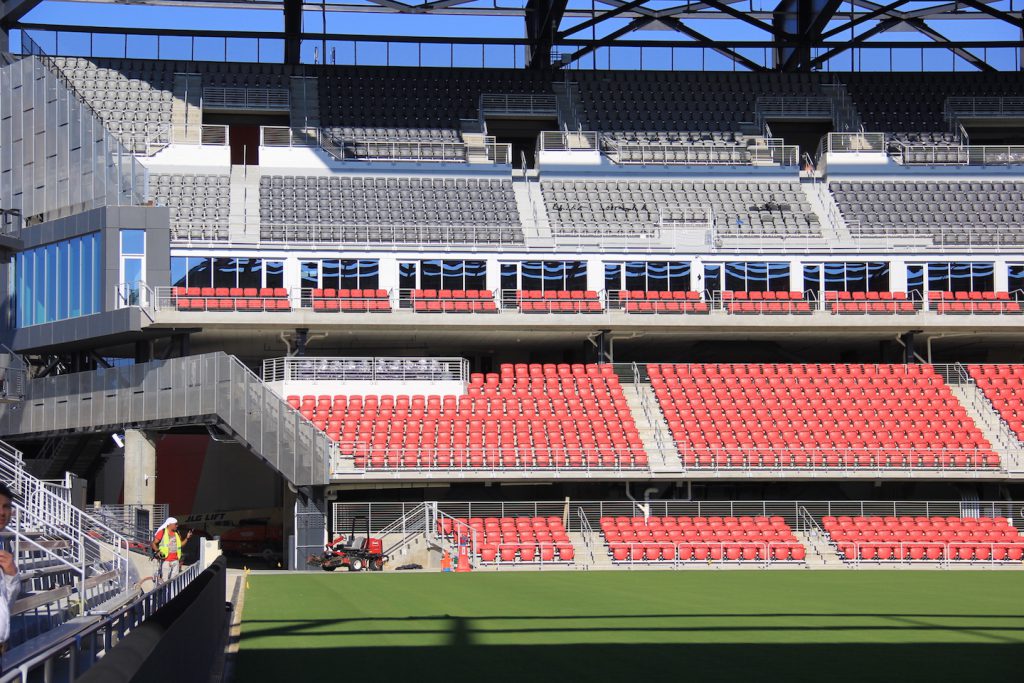 Audi Field’s seats are the steepest in MLS. (Athena Liu/MNS)

Levien called Audi field “a cathedral for soccer” in the nation’s capital, but also “a next-generation community space for concerts, music festivals and much more.” The stadium will host cultural and recreational events that serve different groups of people in the community.

“Putting Audi Field in the middle of D.C.…is going to hold a special place for our community in soccer and get our kids to grow up playing soccer and have them be at the forefront of the major sports community here in the District,” said United defender Steven Birnbaum on the ceremony.