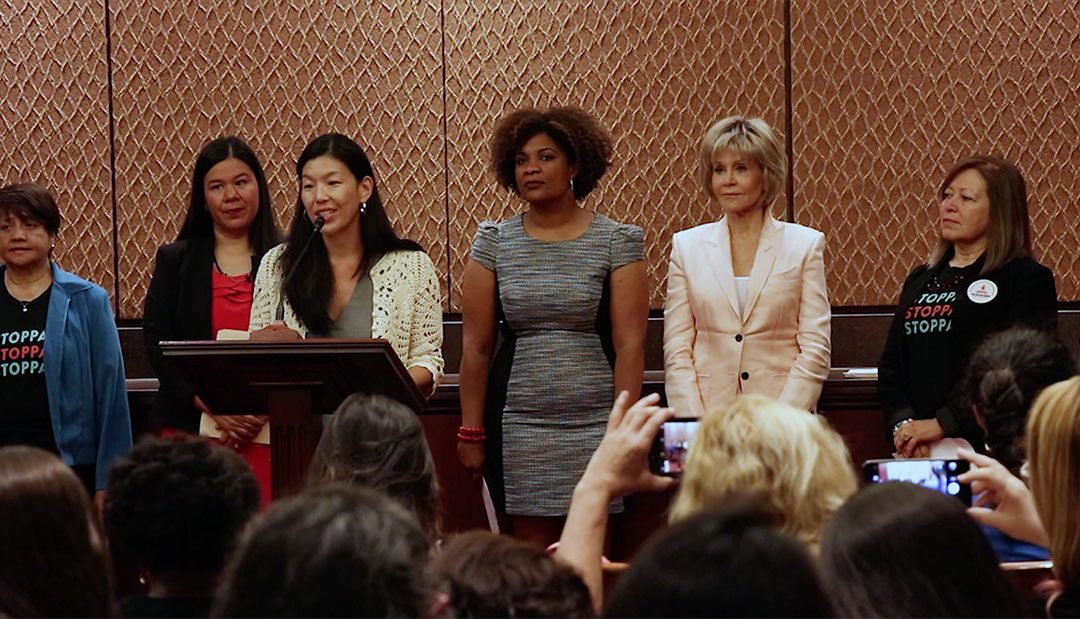 “This is not a new thing for me to want to stand with women workers. When the MeToo and Time’s Up movement burst forth almost a year ago in Hollywood, I never thought I would live to see a day when women were actually heard,” Fonda, an Academy Award winner and activist, said at a Capitol Hill news conference.

Approximately 90 percent of in-home workers are female, working as maids, house cleaners and care providers, according to a study released by the left-leaning Economic Policy Institute in 2013. About 20 percent are non-naturalized immigrants, according to the same study.

“On the job I was discriminated against and sexually harassed, from being groped in the dark to being told obscene stories in the dead of the night, and being asked to perform sexual favors,” said Myrla Baldonado, Member Organizer at the Pilipino Workers Center.

Baldonado fled poverty in the Philippines 12 years ago to work as a live-in caregiver, working 80 hours a week at $4 an hour plus room and board, she said. Job security, overtime and health benefits weren’t included, said Baldonado.

“The conditions that domestic workers and farm workers face have been early signals of some of the conditions facing all workers,” said Ai-jen Poo, director of the National Domestic Workers Alliance and co-director of Caring Across Organizations.

The speakers urged expanding Title VII of the Civil Rights Act to include independent contractors and businesses with less than 15 employees; currently its prohibitions on discrimination only apply to larger companies as well as state and federal governments.

Speakers emphasized the seriousness of the matter given the president’s nomination of Brett Kavanaugh to the Supreme Court, which could tilt the high court to the right.

“This conversation is happening at a really critical moment where the future of workers and women’s rights is really at stake with the nomination of Judge Kavanaugh,” said Fatima Goss Graves, president of National Women’s Law Center.

“The fact that workers from the fields were reaching out to us celebrities in Hollywood saying, ‘We stand with you’ made us all realize that this notion that has become so important — of intersectionality — was now being fleshed out,” Fonda said.