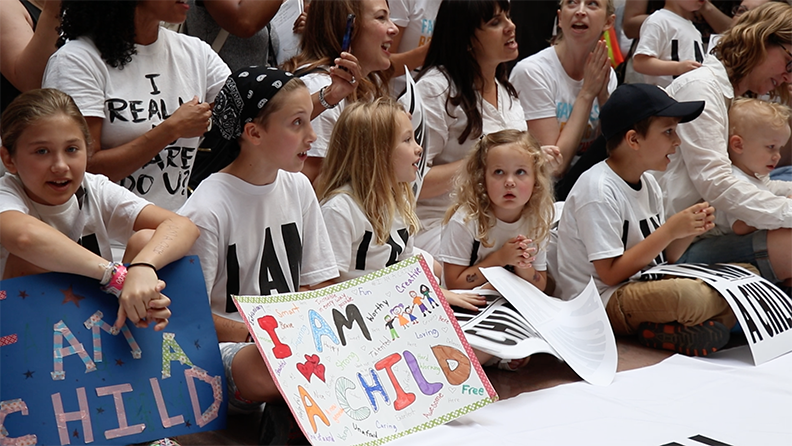 WASHINGTON— Dozens of parents and children marched to Capitol Hill Thursday morning to demonstrate against family separations at the U.S.-Mexico border under the Trump administration’s “zero tolerance” immigration policy and to highlight the Thursday deadline set by a judge for the government to reunite the children with their families.

The government deported 463 migrant parents that the administration considers ineligible to reunify with their detained children.

Approximately 100 protesters demanded the immediate reunification of families and the end of detentions.

“I AM A CHILD” was the slogan that people chanted as they marched to the Hart Senate Building and sat in the hall as the younger protesters drew pictures of their families.

Sen. Kamala Harris, D-Calif., met with the families as the children gave her their drawings.

“When they started separating these children they had no plan, they clearly had no plan what’s so ever to reunify these families,” Harris said. “That is evident in the level of incompetence that we’re seeing in the failure to adequately have a plan both in terms of just the physical reunification much as just identifying where everyone is.”