How ready is Venus Williams heading into the hard-court season?

WASHINGTON – To prepare for the upcoming hard-court season and the U.S. Open, the first thing Venus Williams may want to work on is her serves based on her performance at Thursday’s Washington Kastles game.

When Williams clinched a come from behind victory by saving four match points Wednesday in the Kastles’ WTT match, it seemed she was in perfect shape heading into the hard-court season. 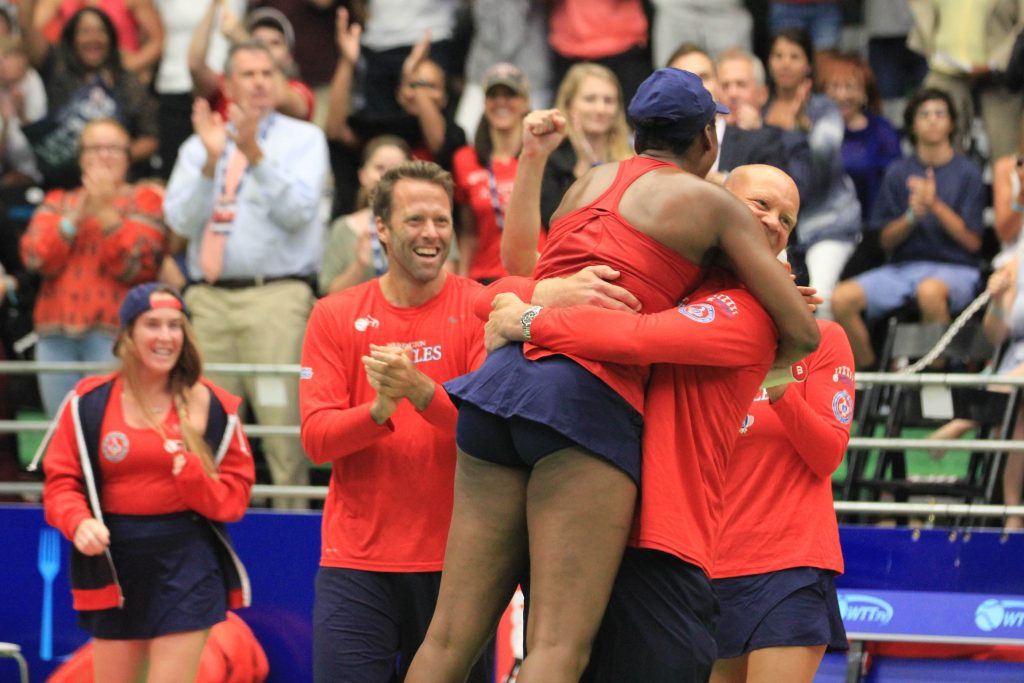 But on Thursday, that changed. 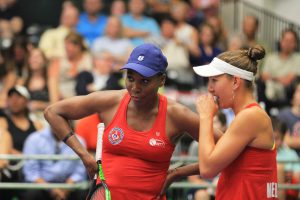 After dropping the women’s doubles set 1-5 against Springfield Lasers during her back-to-back WTT appearances, Williams was not able to duplicate her victory from Wednesday. The lack of power in serves as well as excessive unforced faults led to her 3-5 loss to world No. 911 Vania King in just 15 minutes.

So far this year, Williams has served 45 aces in 20 matches at nine tournaments, including week one of the Fed Cup. She has won 63.8 percent of her first serves and 47.1 percent of her second serves, similar to her successful year-end No. 5 season last year.

Although service has always been one of Williams’ most aggressive tools, on Thursday it became unclear how powerful and stable it still is. 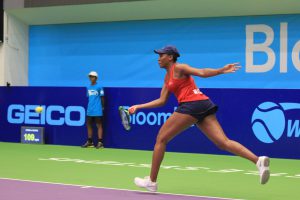 On Wednesday, Williams had a slow start with merely 43 percent first serves in, 33 percent of first serves points won, one ace and two double faults in the women’s doubles. In the singles set, she improved her first serves with 72 percent in and 61 percent points won, counting heavily on her strong service to outlast Naomi Broady of the San Diego Aviators. The super tiebreaker saw relatively similar statistics on her first serves.

However, on Thursday, Williams seemed to be struggling with her greatest weapon. She barely put any strength into her first serves and could only add more spin to make up for the lack of speed in second serves. That dropped her first serve points won to 29 percent in the doubles and 38 percent in the singles – compared with her season average of 63.8 percent. Second serves were worse at 14 percent won in the singles, compared with her seasonal average 47.1 percent. She only held one serving game out of four. 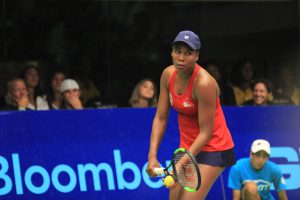 Williams struggled with her service in Thursday’s game. (Athena Liu/MNS)

“I couldn’t serve as big as I wanted to today. Usually it’s a great weapon for me, but today I didn’t get any big points out of it as I would like,” she said after the match.

But the WTT games are, to some extent, more of exhibition matches that don’t follow tournament rules. While Williams said she loved playing for the Kastles, her priority is to make sure she is completely healthy heading into the hard court season.

The U.S. Open is one month away. Williams has a semifinal and 780 points to defend, and if that requires her to preserve part of her energy, there is no reason this 38-year-old would not do so.

2018 has been a tough year for Williams. She lost to Belinda Bencic in the first round of Australian Open, did not clinch a win in Roland-Garros and fell to Kiki Bertens in the third round this month at Wimbledon. Her world ranking has dropped to No. 13, her worst since January 2017.