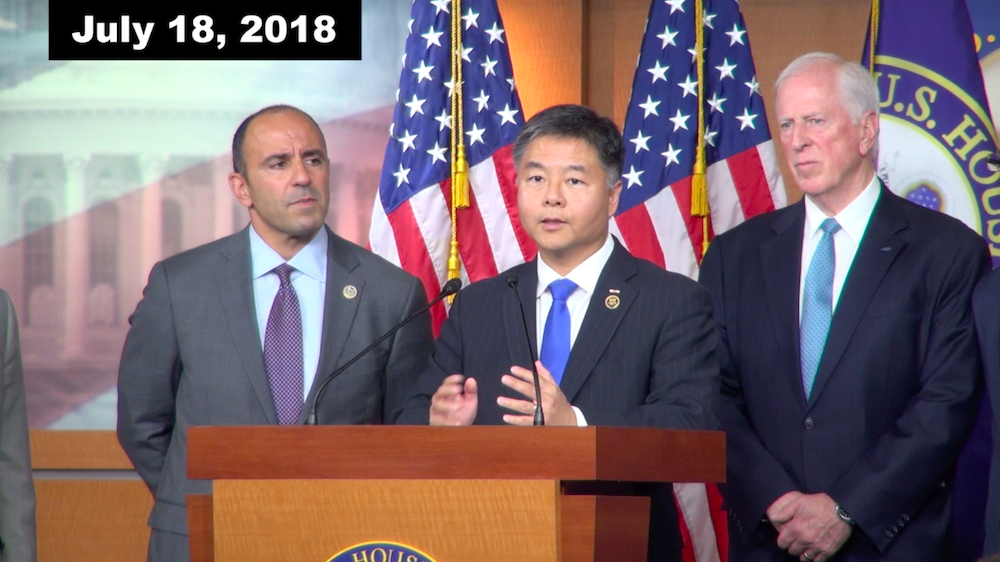 “We know that he likes to act tough, with tweets behind closed doors and trash talk at political rallies in front of his supporters,” said Rep. Jimmy Panetta, D-Calif., “but I do not believe the people will accept a president who is unwilling to get tough with our adversaries.”