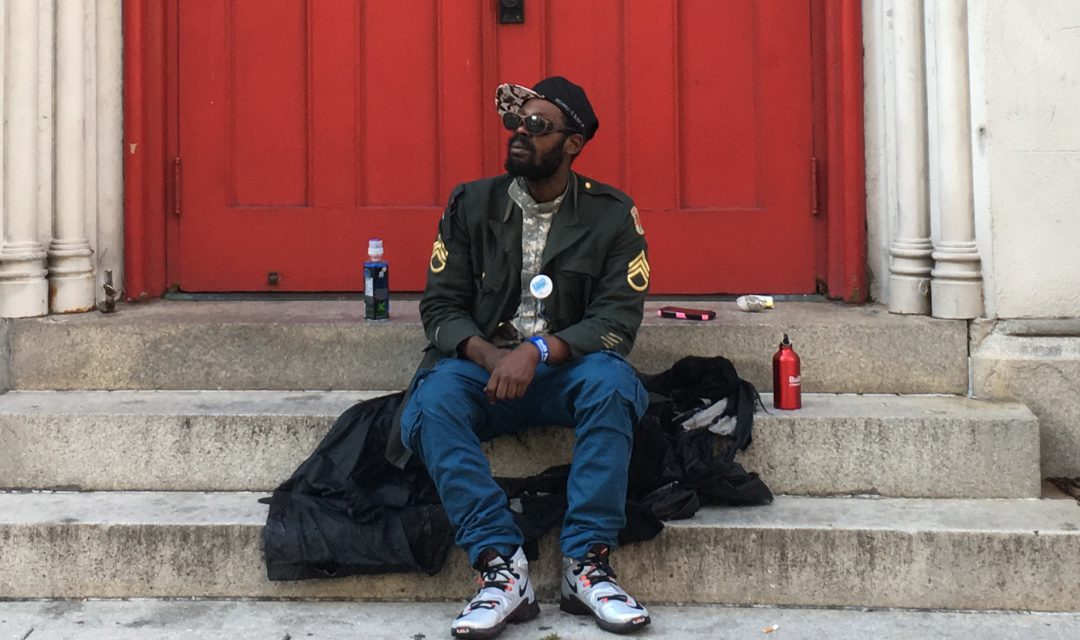 7/26/2018, Washington, D.C. – Reginald Black sitting on the steps of The Church of the Epiphany. (Basma Amer/Medill News Service)

WASHINGTON – It is a well-documented fact that freezing temperatures cause immense harm to homeless people. But, according to several Washington, D.C., homeless advocates, the ill effects of extremely hot weather can sometimes be even worse.

“Extreme hot temperatures don’t tend to get as much attention in cities as cold weather,” said Megan Hustings, director of National Coalition for the Homeless.

Hustings also said people care for their own comfort and don’t think how much harder it is for the homeless to take precautions.

“It’s easy to catch a heat stroke from prolonged exposure to the sun and the humidity here in the district,” said Reginald Black, a homeless journalist and vendor for Street Sense, a local newspaper produced and distributed by homeless individuals.

Black said he knows older homeless people with medical conditions who have a tough time when it gets too hot — high temperatures and humidity make it difficult to breathe.

“I’m a little younger and I’m a little healthier than a lot of our community. And that in itself, it helps me [survive] the conditions. … They are the ones suffering more than I am at the moment,” said Black.

Heat fatalities are one of the leading weather-related causes of death, according to NOAA.

The city created an emergency heat plan to combat heat-related illnesses and deaths. When the heat index hits 95, the city releases the heat plan that maps where people can find help.

“The heat index is a measure of how hot the human body ‘feels’ when taking into account not only the air temperature but also the amount of moisture in the air,” said Monica Allen, spokeswoman for the National Oceanic and Atmospheric Administration. 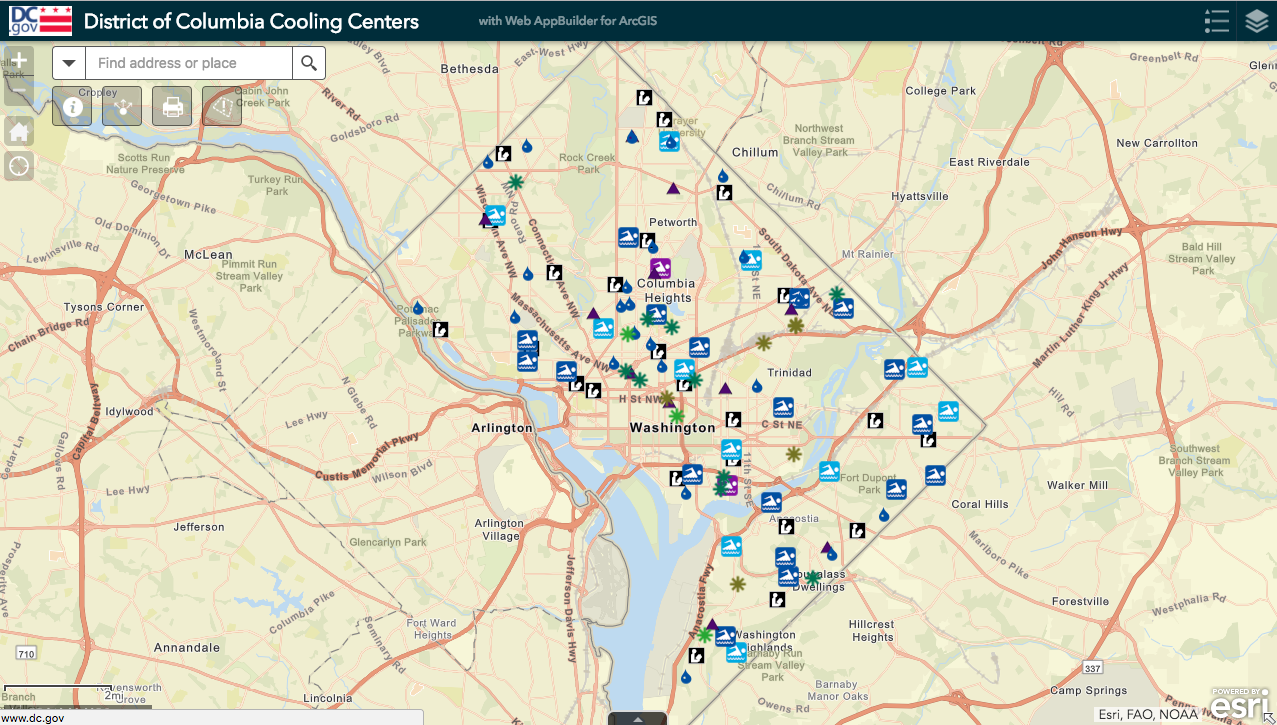 Cooling centers are spray parks, public pools, libraries, and public housing. The centers are open to the public and remain open throughout the night as long as the heat index is 95.

“There’s a level of discrimination sometimes with the cooling centers that are made available citywide,” said Hustings. Individuals who appear to be homeless because they smell bad, or have a lot of luggage with them, are asked to leave, Hustings said.

A spokeswoman for the Department of Human Services was not immediately available for a response.

Humidity is another problem. When there’s too much moisture in the air, people can’t sweat to cool off.

There are also issues when it comes to homeless individuals accessing shelters.

“A lot of communities will open up extra funding or extra shelter beds when it’s cold out, but there’s not the same effort when it’s very hot out,” Hustings said.

Last year, D.C. Councilman David Grosso introduced a proposal that would amend the Human Rights Act of 1977 so homeless people are protected from discrimination. The proposed bill would include “homeless status” as one of the protected groups.

The bill hasn’t progressed since its introduction last summer and the heat is unlikely to get easier.

Map from Climate.gov 2016 State of the Climate: Highlights

2016 was the hottest year on record in 137 years of recordkeeping and the trend is expected to continue because of changes in temperature and humidity.

Music in video via Doctor Turtle. The song is titled “His Last Share of the Stars.”