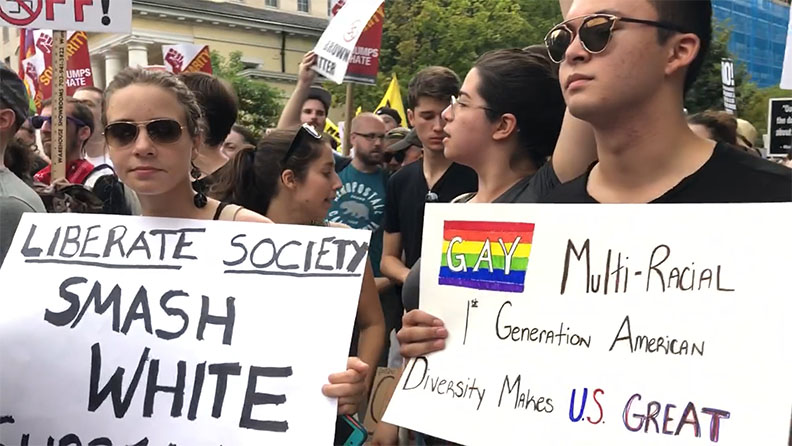 WASHINGTON  — About two dozen white nationalists rallied Sunday near the White House on the one-year anniversary of the Charlottesville riot, while about a thousand counterprotesters yelled at them from across the wide expanse of Lafayette Park.

The National Park Service was told to expect as many as 400 Unite the Right members, according to a permit filed by Jason Kessler and Samaria Ruiz. The permit states the purpose as, “protesting civil rights abuse in Charlottesville, VA / White civil rights rally.”

Police had set up areas for each side to protest distant from each other to avoid violence.

The small contingent of Unite the Right marchers walked from the Foggy Bottom-GWU Metro Station to Lafayette Square across Pennsylvania Avenue from the White House. Counterprotesters surrounded the,m but police acted as a buffer to separate both sides.