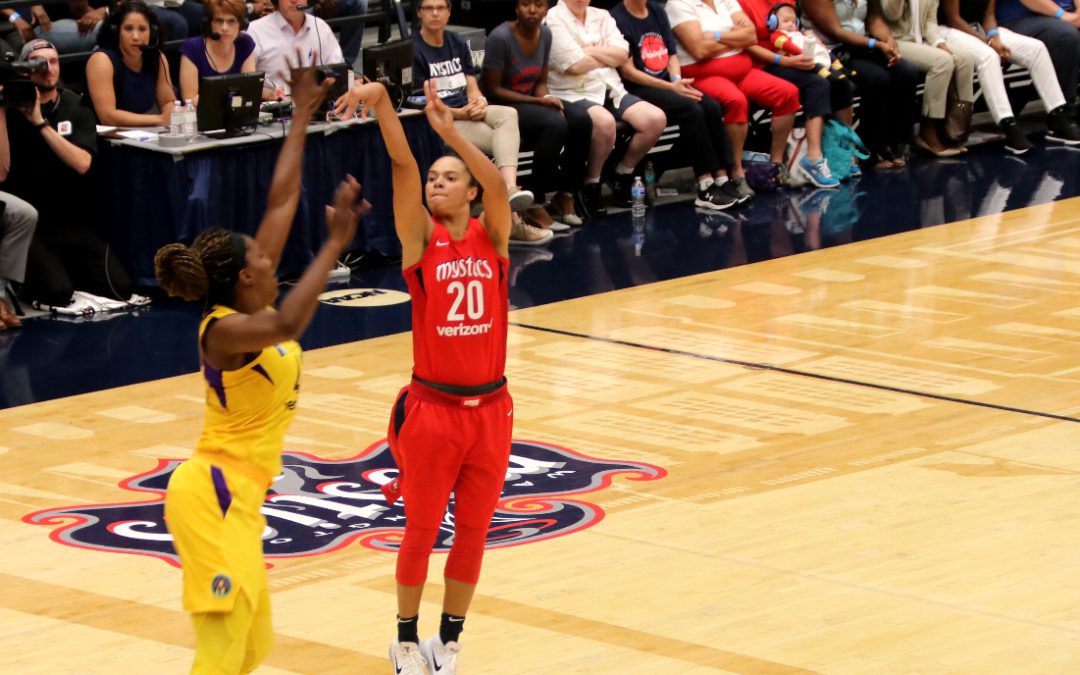 WASHINGTON – It was less than a week ago that the Washington Mystics were forced to the edge by the Los Angeles Sparks, but Thursday at the Smith Center at George Washington University, the Mystics nailed one of the most dominant performances in team history, routing the Sparks 96-64.

With that victory, the Mystics advanced to the WNBA semifinals for the second year in a row, tying their best records.

“We did just about everything you hope,” said head coach Mike Thibault. “It’s a great win.”

Thibault was right in that sense. Statistics show that the Thursday round-two match may have been the best playoff game for the 21-year-old Mystics.

After an early 2-8 deficit, the Mystics remained consistent with their quick plays, knowing that the constant games and travels had worn out the Sparks players. 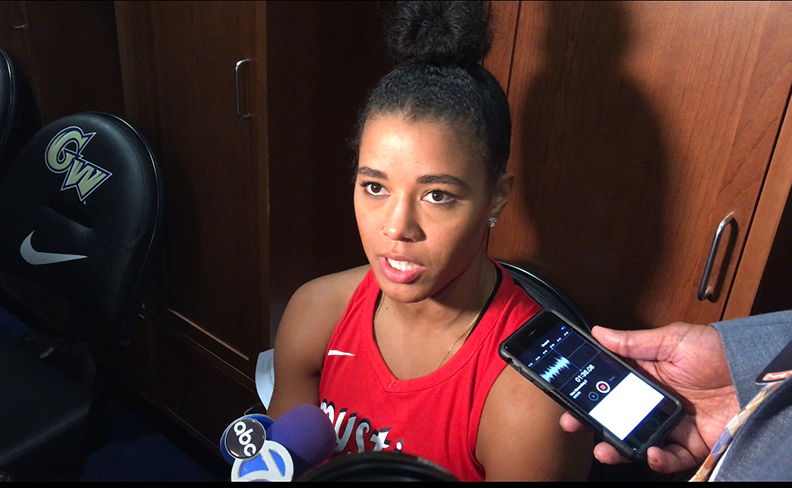 Natasha Cloud speaking to reporters after her 13 point and seven assist game against the Los Angeles Sparks. (Gabrielle Phifer/MNS)

“For us, going into the game in the first quarter, it was controlling the pace, pushing the ball,” said starting guard Natasha Cloud. “You know they are only going to be able to stay with us for maybe the first quarter, and after that, we are going to run them to the ground.”

The fast pace helped the Mystics score 50 points in the first half, surpassing the 47 points achieved almost a year ago versus Minnesota. They held the Sparks to only 29 points.

The Mystics won every quarter, helpeded by their better-than-usual shooting percentage. The five starters made 47 attempts, each achieving a hit rate of at least 55 percent, with Ariel Atkins leading the way with 85.7 percent.

“Players like us get high touches… LaToya doesn’t get that many touches but when she gets some, she knocks them down.” Forward Elena Delle Donne said of center LaToya Sanders, who finished with 19 points and a 63.4 percent conversion rate.

Together, the Mystics made 37 shots with a 56.9 percent field goal percentage – both record-breaking numbers. The previous highs w were 32 shots and 50.9 percent. The Mystics also set an assist record with 28. All starting players, together with alternate forward Tianna Hawkins, scored double figures.

“Our trust with one another has grown this entire season on defense and offense,” said Delle Donne. “Tonight it just all came together.”

While the team sent substitutes to play part of the fourth quarter, the Mystics were still able to clinch a 34-point lead as Shatori Walker-Kimbrough stole the ball from Jantel Lavender and made a running layup in the last two minutes. The margin of victory was two times of the previous record of 15 scored in 2013 against Atlanta. 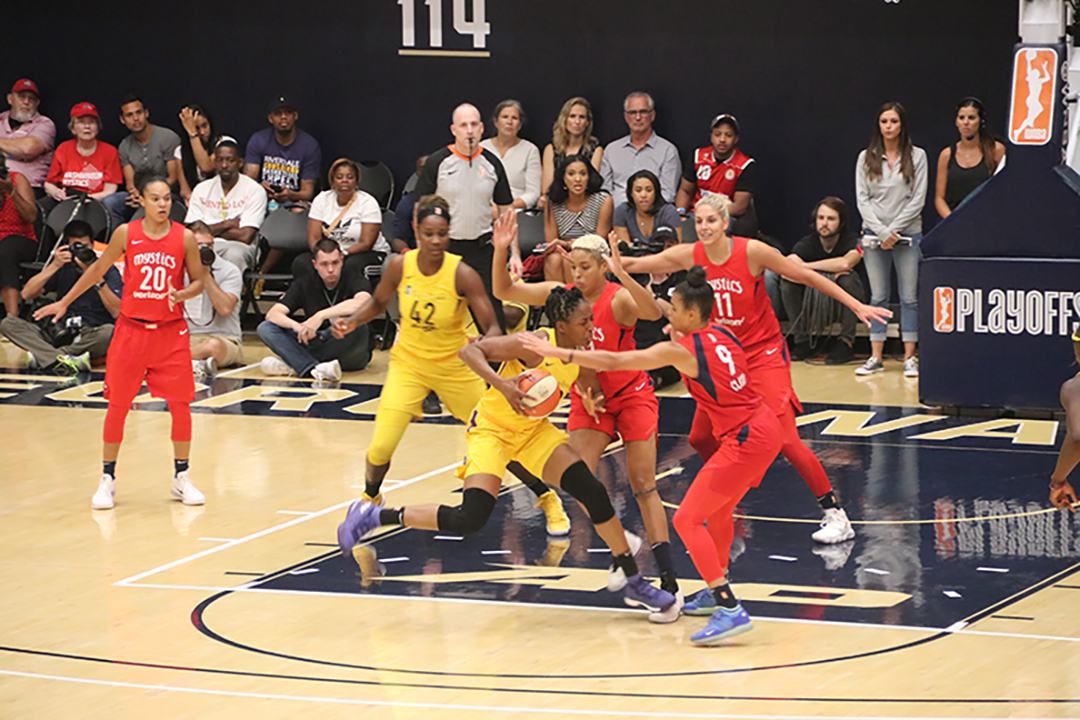 The Mystics nailed down 100 percent of their free throws and finished with the record-high 96 points.

One problem area was on the offensive boards. The Mystics had record-low three offensive rebounds off of 28 chances.

The Mystics will play the first game of the best-of-five semifinal series against the Atlanta Dream on Sunday. If they can match Thursday’s performance their first-ever WNBA finals appearance may just be around the corner.