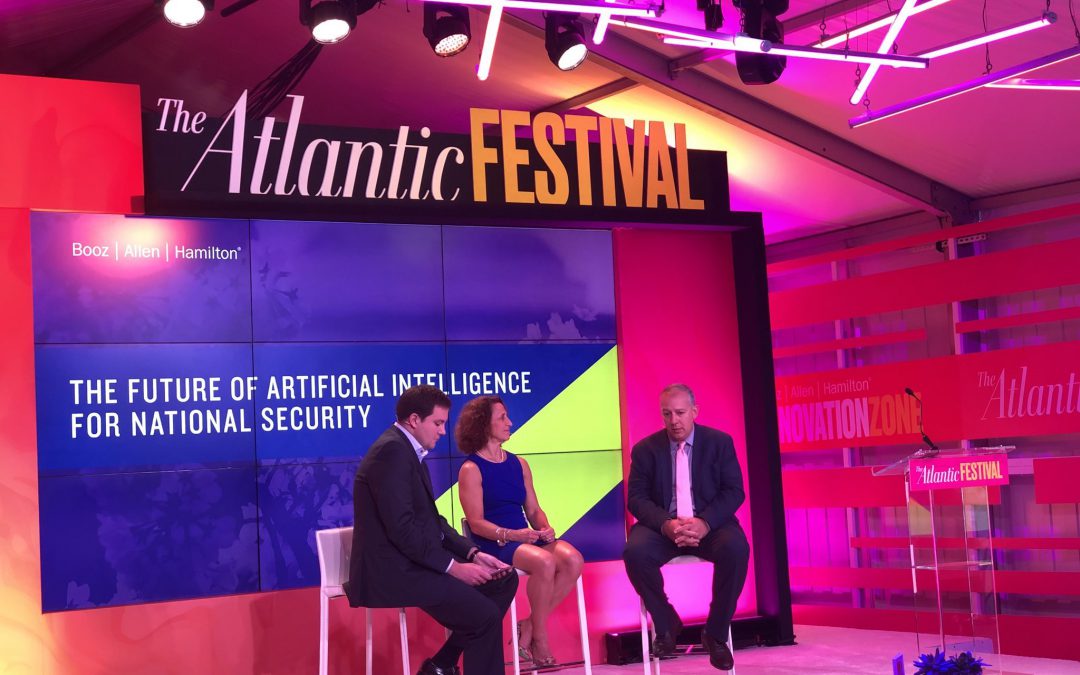 WASHINGTON — Artificial Intelligence cannot eliminate human involvement in technology because people will have to create ways to fight back against efforts to threaten national cybersecurity, experts said at The Atlantic Festival on Wednesday.

“Humans will always be in the loop because our adversaries are smart and can change things so humans will have to update algorithms to ensure national security,” said Susan Kalweit, director of the National Geospatial-Intelligence Agency.

The contention among the artificial intelligence community comes from a fear that data-based problem solving can be unpredictable.

“AI systems, through their very operations, are in constant flux as they acquire and instantly analyze new data, then seek to improve themselves on the basis of that analysis,” former Secretary of State Henry Kissinger wrote in a piece published in The Atlantic.

AI technology is about two things: efficiency and effectiveness, Kalweit said. The goal is to help humans with mundane tasks that can be automated such as collecting and preparing large amounts of information.

Derek Strausbaugh, principal program manager for the Azure Government Engineering team, agreed that  the purpose of AI is to enable people to do their jobs more effectively, such as taking large amounts of data and finding the information you need within it.

Strausbaugh also said AI technology can help with humanitarian efforts such as identifying a stranded individual on a rooftop after a hurricane.

Kissinger wrote: “Artificial intelligence will in time bring extraordinary benefits to medical science, clean-energy provision, environmental issues, and many other areas. But precisely because AI makes judgments regarding an evolving, as-yet-undetermined future, uncertainty and ambiguity are inherent in its results.”

Kalweit said there is a board of experts dedicated to analysis of AI uses in the intelligence and defense community.

Her biggest fear is that AI technologies won’t be ready for the next national security threat.

“That’s what keeps me up at night — to not have the technology at scale to support our nation when we need it most,” Kalweit said.