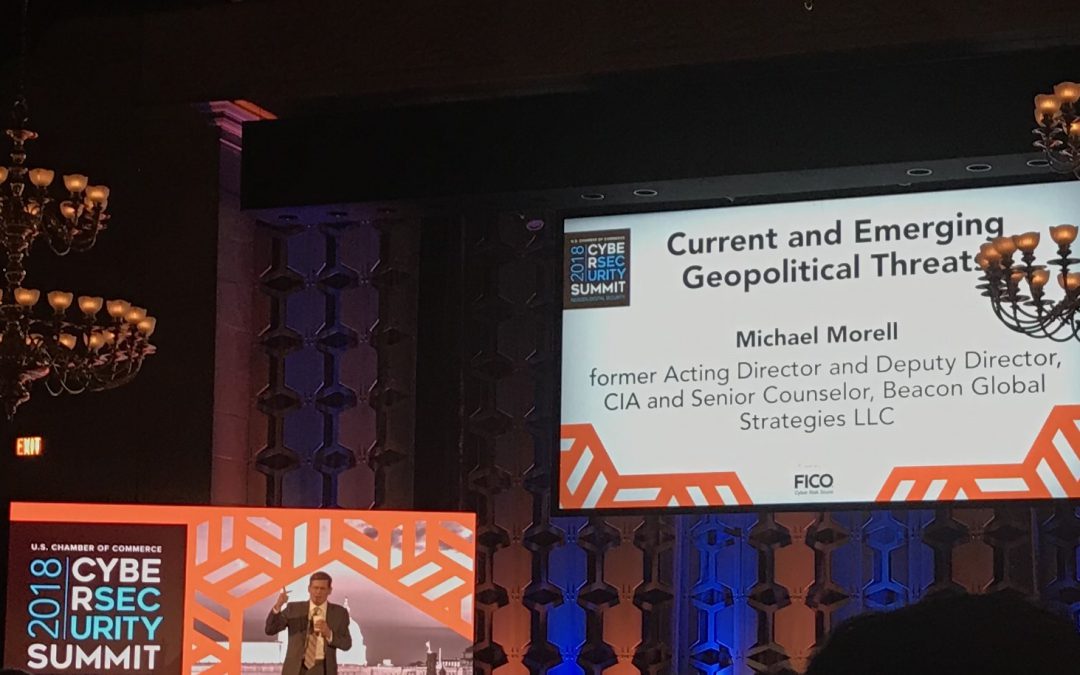 WASHINGTON–Iran, China, Russia and North Korea pose the biggest cyberthreat to the United States because they want to dominate their regions and see the U.S. as a threat to their leadership, a former top CIA official said Thursday.

“North Korean leader Kim Jong Un believes the U.S. wants to reunite the peninsula on South Korea’s terms and their pursuit of nuclear weapons is consistent with deterring the U.S. from overthrowing the regime,” Michael Morell, former acting director and deputy director of the CIA, told the U.S. Chamber of Commerce’s cybersecurity conference.

Morell, who was part of the Obama administration, said President Donald Trump’s negotiations with Kim are the best way to deter North Korea’s nuclear capabilities.

But Robert Katz, executive director of the Cyber Science Institute, said  that “North Korea is a joke. They don’t have much nuclear capability at all.”

According to Morell, Iran, China and Russia are using different strategies to curtail U.S. influence in their areas.

China is the “most significant national security challenge I’ve seen in my lifetime,” Morell said, because the Chinese, unlike the Russians, are gaining power globally.

Morell said that Chinese successes — juxtaposed with the domestic issues the U.S. is facing right now– creates a picture on the world stage that authoritarianism works better than democracy. And the Chinese are trying to capitalize on that image.

Meanwhile, he said, Russia is  a declining power that can’t compete with the U.S.

“They provide support to the Taliban because it makes the United States’ goal to bring stability to Afghanistan more difficult,” Morell said. He also said Russian interference in U.S. elections through social media disinformation and propaganda is another signal of antipathy.

U.S. negotiations with Russian President Vladimir Putin are less likely to bear fruit than talks with North Korea, he said.

“Putin understands relative power only. He doesn’t believe negotiations can result in a win-win, only a win-lose,” Morell said.

“Prospects for a significant strategic compromise with Russia are small because there is very little we would agree over. I don’t think U.S.-Russia relations will improve,” Carafano said.

Although China is the greatest national security threat at the moment, Morell believes there are only three existential threats to the United States: nuclear war with Russia, a natural or man-made pathogen and climate change.

Michael Fuchs, a former State Department official in the Obama administration who now is an international policy expert at left-leaning Center for American Progress’, agreed.

“Many nations – from Russia to China to North Korea and beyond – pose serious threats to the United States, but the single most serious threat we face is climate change, which has the potential to devastate humanity like nothing else,” Fuchs said.