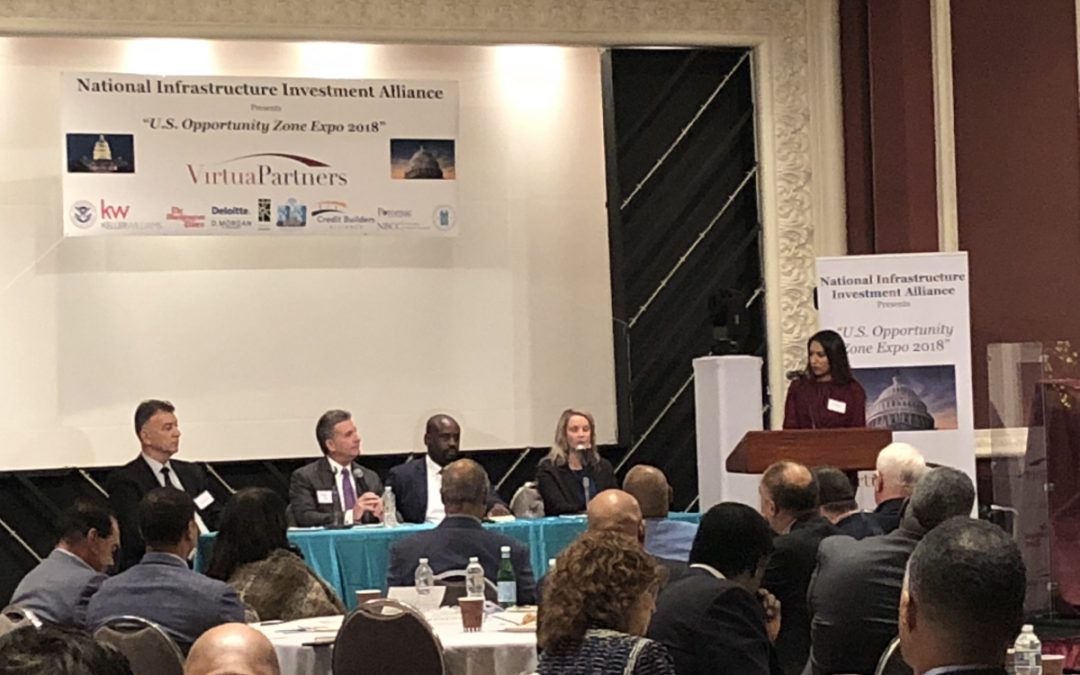 WASHINGTON — Investors are beginning to take advantage of tax incentives included in last year’s tax reform law in 8,700 areas designated by governors and certified by the Department of Treasury as “opportunity zones,” a U.S. Conference of Mayors official said Wednesday.

The program promotes investment in “underserved communities,” but the Treasury Department has not yet issued regulations to implement it.

Dave Gatton, director of the Council on Metro Economics and the New American City at the U.S.Conference of Mayors, said a group of six mayors met with Treasury Secretary Steve Mnuchin in early September to discuss program regulations.

“The key to all of this is that we get timely regulations out of the Treasury Department,” said Gatton. “I wish we had them right now.”

The U.S. Conference of Mayors hopes the regulations will allow both short- and long-term capital gains to qualify for investment, designate a time allotment of 18 months to three years to invest in a project and grant investors the ability to use the funds with other federal tax incentives.

Michael Murad Khan, a founding partner at Khan Johnson, represents business developers and investment groups. He said without the regulations “overinvestment without a proper plan, buy-in and a long-term vision are not going to work.”

“If you don’t know what is going to be the regulatory outlook in 12 or 24 or 36 months from now its hard to put a financial estimate on the investment profile,” said Khan. “It changes the risk profile in the investment.”

“A business may be located in the zone but its business activity may go beyond the zone” and lower the percentage. On the other hand, real estate that can be built or purchased in the zone will disproportionately benefit from a 90 percent requirement, said Gatton.

Bishop Vandy Kennedy of the Walker Mill Baptist Church in Capitol Heights, Maryland and a landowner in an opportunity zone, said the delay in setting regulations and procedures is hurting landowners.

“It’s been 18 months and they don’t even have the procedures,” said Kennedy. “I have the programs and I want the funding now. Give me a 1-2-3 process that I can follow and that I can get the job done for my community.”

After procedures are in place for his opportunity zone, Kennedy wants investors and developers to expand projects his church has started like a local boxing center and day care programs. From an investor perspective, Khan sees the process of developing in an opportunity zone similar to Kennedy.

“When you have outside capital you work with the legislatures, the town managers, the mayors and the governors to get a buy-in of the long-term vision they are looking for,” said Khan. With that concept, developers will “bring investment for a concept of growth that is not siloed in a variety of different sectors — public safety, health, human services.”

Richard Bailey, a real estate developer and investor, said that despite the delays, the legislation “is going to allow communities that have been marginalized to have people look at it a little differently and have an incentive to invest into these areas where people might not have thought it was worth the risk.”