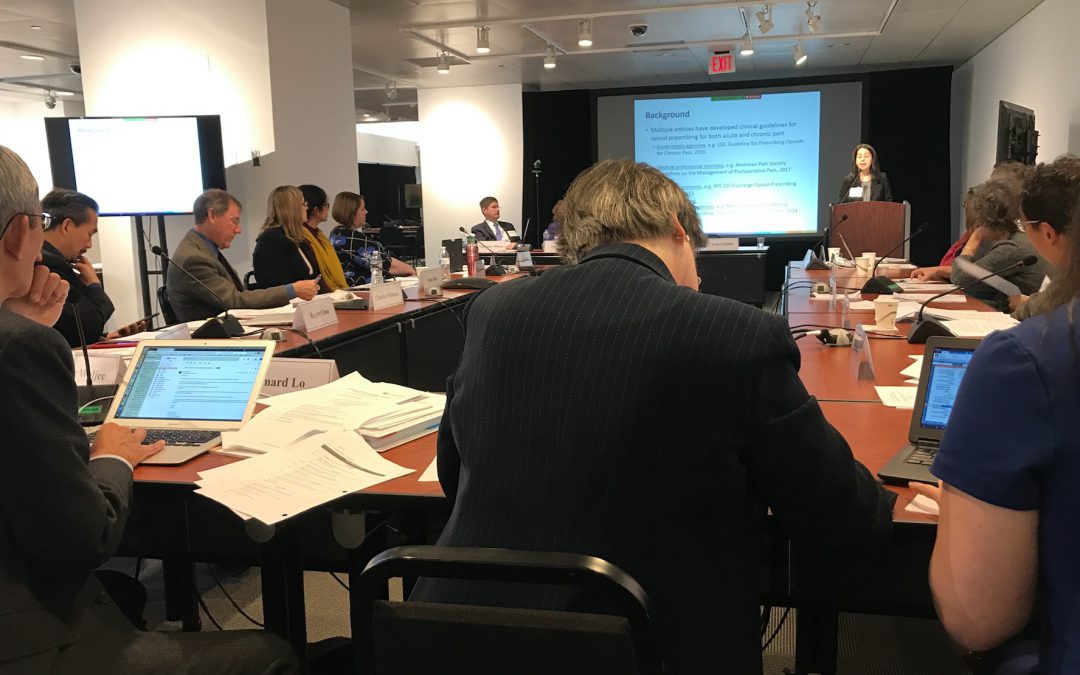 Gottlieb also said the FDA took too long to reclassify certain drugs. He was speaking at a meeting of a committee his agency created to examine existing guidelines for prescribing opioids. The committee was formed this month and plans to submit its findings within 16 months.

“The FDA is not without responsibility,” said Dr. Scott Gottlieb. “We were too slow to advance proper physician education.”

He also said doctors were “too cavalier“ in prescribing opioids.

“We were trained that pain was a vital sign and the risk of addiction from opioids was very low,” Gottlieb said.

He said health care providers should remember that there are alternative ways to ease patients’ pain, such as counseling.

Since assuming the top job at the FDA in May 2017, Gottlieb has made the opioid crisis a major focus.

“This and cigarettes is something he has been white-hot focused on in terms of public health addiction,” said Douglas Throckmorton, a deputy director at the FDA’s Center for Drug Evaluation and Research.

Some advocacy groups have criticized the FDA ‘s steps to address the opioid crisis, saying more drastic action is needed.

In a statement, Advocates for Opioid Recovery called for the FDA to accelerate treatments for opioid use disorder and to fast-track nonaddictive pain medication development through the National Institutes of Health.

In 2017, opioid overdoses caused more deaths than deaths caused by guns, car crashes or HIV/AIDS in any one year ever.

Experts say it’s important to note that not all opioid deaths come from heroin and fentanyl abuse.

“Many of these deaths are poly-substance and prescription opioids are still a big problem,” said Judy Staffa, an associate director at the Center for Drug Evaluation and Research.

In 2017, prescription opioids were the largest category of pharmaceutical products misused and abused in the U.S., according to the FDA.  Misuse includes patients using it to get high and using it in any way that the doctor didn’t prescribe, including sharing.