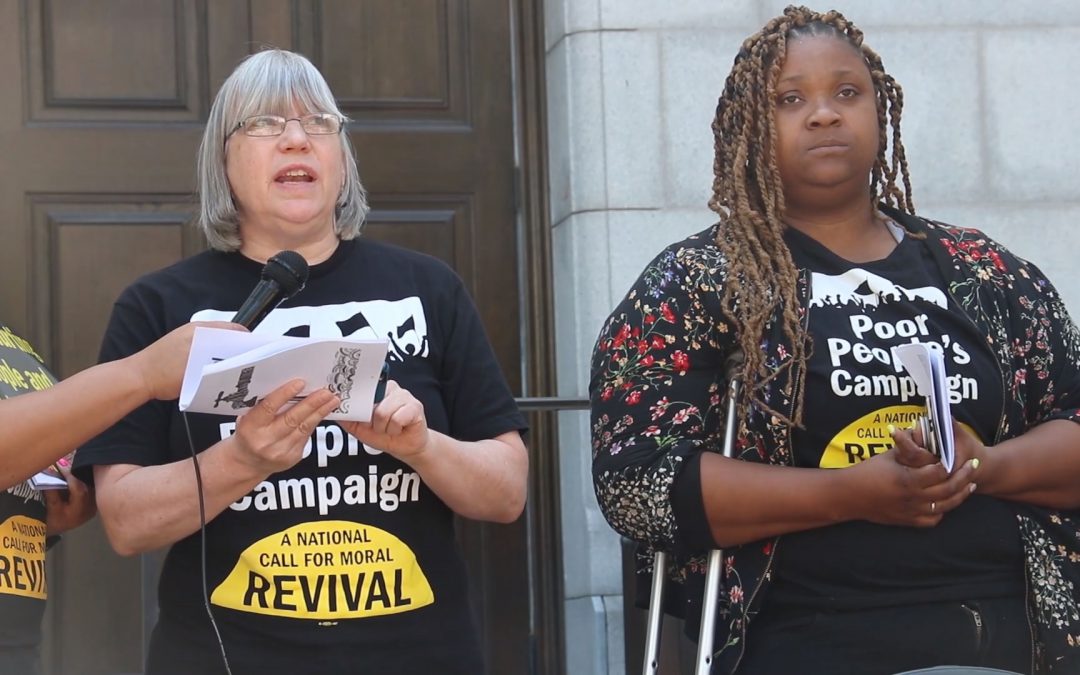 From left to right: Liz McNichol and Zillah Wesley stand in front of the John A. Wilson building in Washington D.C. The D.C. chapter of the Poor People's Campaign held a rally to review the demands they gave to the council in February (Dwight A. Weingarten/Medill).

WASHINGTON — Over fifty years after Rev. Martin Luther King Jr. sought to mobilize the country to address the issue of poverty, activists in D.C. are picking up the mantle and looking to address issues that effect the poor in D.C.

The D.C. Poor People’s Campaign is the local chapter of the national organization, which operates in states across the country. Rev. William J. Barber II, a co-chair of the national organization, led the Moral Mondays actions in North Carolina in 2013 and authored the book “The Third Reconstruction: Moral Mondays, Fusion Politics, and the Rise of a New Justice Movement.”