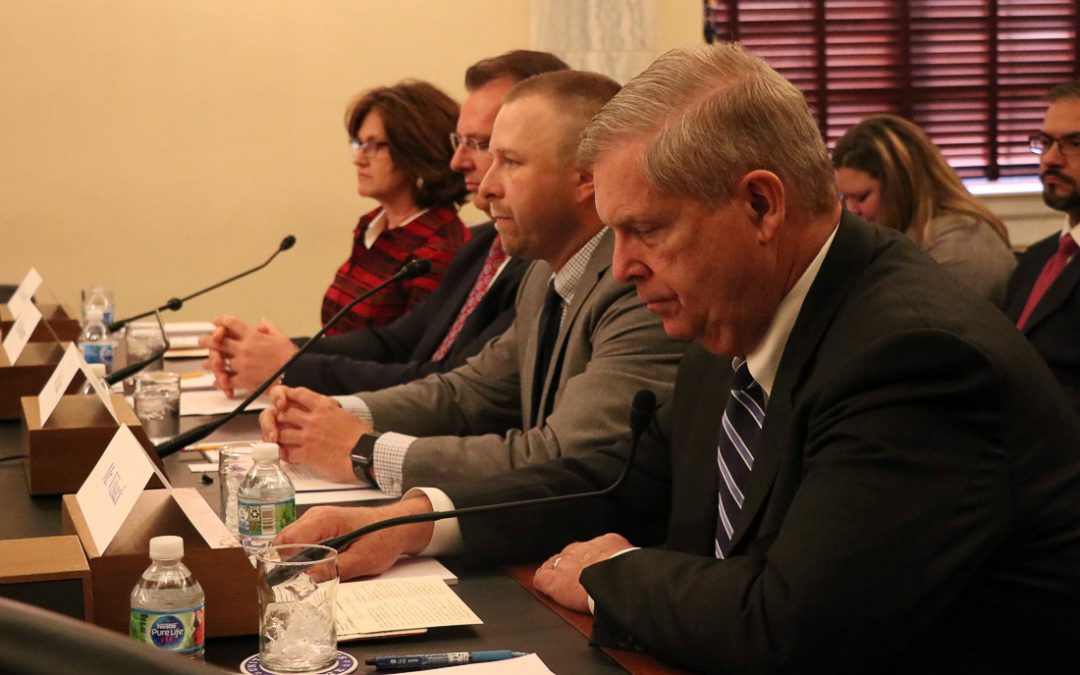 Environmentalists have countered with calls for the agriculture industry to assume responsibility for its role in climate change.

Vilsack, now CEO of the U.S. Dairy Export Council, told a Senate agriculture committee last week that the federal government should partner with farmers and ranchers to create “showcase” operations with net-zero emissions, saying producers would readily adopt new climate-friendly strategies if given the financial incentives.

The agriculture industry in 2009 set a goal to reduce emissions 25 percent by 2020, said New York Farm Bureau spokesman Steve Ammerman. As of 2014, industry-wide emissions had been cut by 11 percent. He didn’t say whether the industry would meet its deadline, but said dairy farmers in particular were making “great strides.”

New York State in 2017 was home to around 4,400 dairy farmers, a number that has declined steadily since the mid-2000s, according to the New York Department of Agriculture. Milk remains the state’s top agricultural commodity, driving a $2.7 billion industry that relies on more than 600,000 cows.

Historically, consumers around the globe focused on price and availability of dairy products, not their impact on climate. The industry says that’s changing.

“Sustainability is a factor in dairy purchase that is growing in importance around the world and will continue to grow,” said Dairy Council spokesman John Dutcher. “The sustainability factor is certainly a marketing advantage.”

In reality, agriculture critics were using a faulty comparison. The livestock sector accounts for 5 percent of direct emissions globally, according to the report. But the number jumps to 14.5 percent for life cycle emissions, which include feeding and processing livestock. The transportation sector is responsible for 14 percent of direct emissions, but life cycle level for the world’s planes, trains and automobiles is uncertain.

Reports in 2018 said the American Farm Bureau Federation, a nonprofit that lobbies for agricultural interests, has cultivated an agenda in collaboration with fossil fuel organizations that opposes climate policy.

“We aren’t climate change deniers,” Rodger said. “We don’t really take a position on the science.”
Ammerman said the New York Farm Bureau “doesn’t want to get into a debate of causes” of climate change but supports investing research dollars in climate-friendly practices and working with scientists through a climate-friendly farming program at Cornell University.

“We could bankrupt ourselves if we did everything we could to reduce greenhouse gasses,” Rodger said. The national farm bureau doesn’t oppose greenhouse gas regulations as long as they are financially “sensible and bearable.”

And lawmakers from both sides of the aisle said agricultural producers are primed to mitigate the effects of climate change in America.

“No one understands the stakes and the potential solutions better than our farmers and ranchers,” said Michigan Sen. Debbie Stabenow, the top Democrat on the Republican-controlled committee. “The science is sound.”

Much of agriculture’s progress toward a reduced footprint depends on increasing U.S. Department of Agriculture incentive programs, which provide technical and financial assistance to farmers and ranchers who implement conservation practices on their operations, Ammerman said.

Producers avoid the term “climate change,” said Nebraska farmer Matthew Rezac, who testified before the committee. Still, he said, he and fellow producers recognize the dire consequences changing temperatures and weather phenomena have on their agricultural operations and have voluntarily opened their wallets to implement climate-friendly practices.

Their efforts include relying on emerging technologies, such as precise application of water and fertilizer, and selective livestock breeding and genetic testing, said Sen. Pat Roberts, R-Kan., chairman of the Senate Agriculture Committee.

But many producers aren’t aware of programs like the USDA’s Conservation Innovation Grants, a program that matches a farmer’s spending for creative water, soil and air health projects, Rezac said.
And Vilsack said more federal funding is needed for these programs.