Gallagher calls for stricter regulation of surveillance sales to China 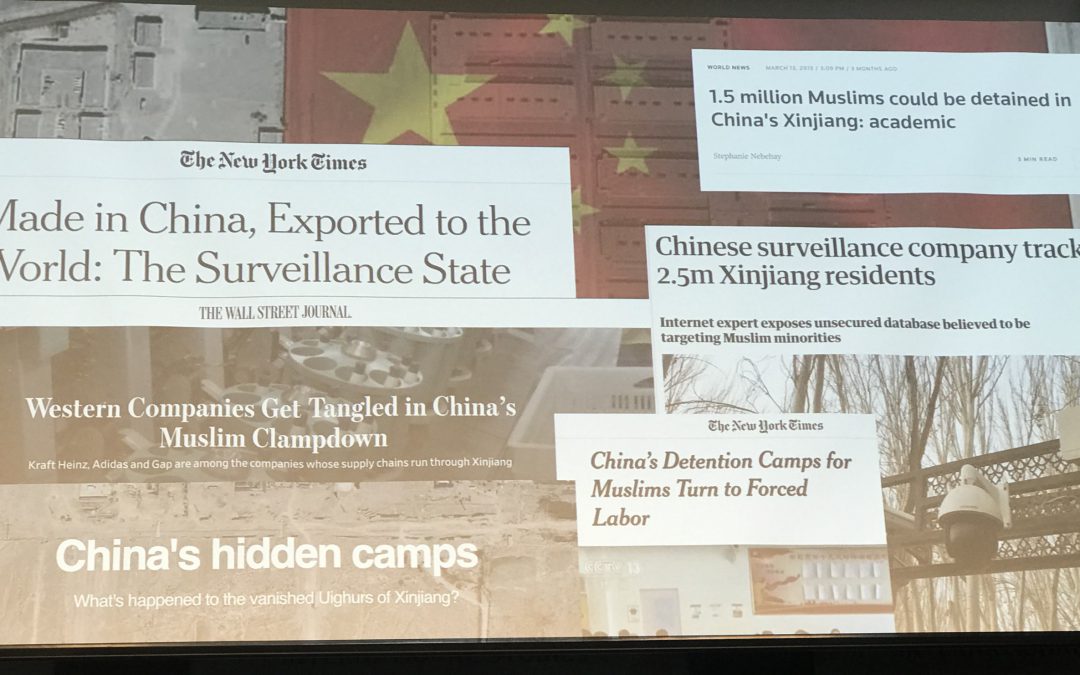 Human rights experts discussed the use of surveillance technology to monitor ethnic minorities in Xinjiang, China.

WASHINGTON — The United States should more strictly regulate sales of U.S. surveillance technology to China when it is used to spy on Uyghur Muslims and other ethnic minorities, Rep. Mike Gallagher and human rights experts warned.

“Human rights are an even, fertile ground to engage with our friends,” the Republican congressman from Wisconsin said Thursday via live video at a conference sponsored by the Center for Strategic and International Studies.

Millions of Uyghurs, who generally are Muslims, live in the western Chinese province of Xinjiang. Since 2014, the Chinese government has been detaining some Uyghurs in what it calls vocational centers. The government says those detained have been brainwashed with extremist thoughts and at the centers, they can learn skills that will help them return to society. But a U.N. human rights panel says the centers are “political camps for indoctrination.”

Noting a vast array of surveillance technology used in Xinjiang to monitor Muslim minorities, Gallagher said the U.S. government “needs to cut off American technology that is enabling China’s techno-totalitarianism.”

Facial recognition technology and other advanced tools are being used to monitor the local population in Xinjiang and thwart any action deemed harmful to the public order, a 2018 report by the pro-democracy group Freedom House said. In recent years, China has both increased its investment in domestic surveillance and has prioritized spreading its model of Internet surveillance globally.

“Out of the 65 countries surveyed, 36 countries had sent representatives for training to China,” Sarah Cook, a senior research analyst at Freedom House, said.

While the content of the seminars remains unclear, the report says that after Vietnamese officials were trained in 2017, cybersecurity laws that mimic China’s were introduced in Vietnam in 2018.

Sophie Richardson, China director at Human Rights Watch, said a surveillance application — the Integrated Joint Operations Program — she learned about while interviewing Uyghurs aggregates data from multiple surveillance streams such as CCTV and when citizens use their ID.

“It flags 36 behavior types that are considered suspicious and it prompts officers or other officials to go out and investigate that behavior,” Richardson said. “Arguably, the most important aspect of this was that the vast majority of the behavior that was coded into this app is legal.”

Gallagher and experts at the conference called for stricter regulations on U.S. companies supplying technology to China that enables it to commit human rights abuses.

“I think there’s a lot of room for looking much more carefully at what the U.S. companies are selling,” Richardson said. “At a rock bottom minimum with those companies should be publishing due diligence policies to show that their goods and services are not complicit in the commission or enabling serious human rights violations.”