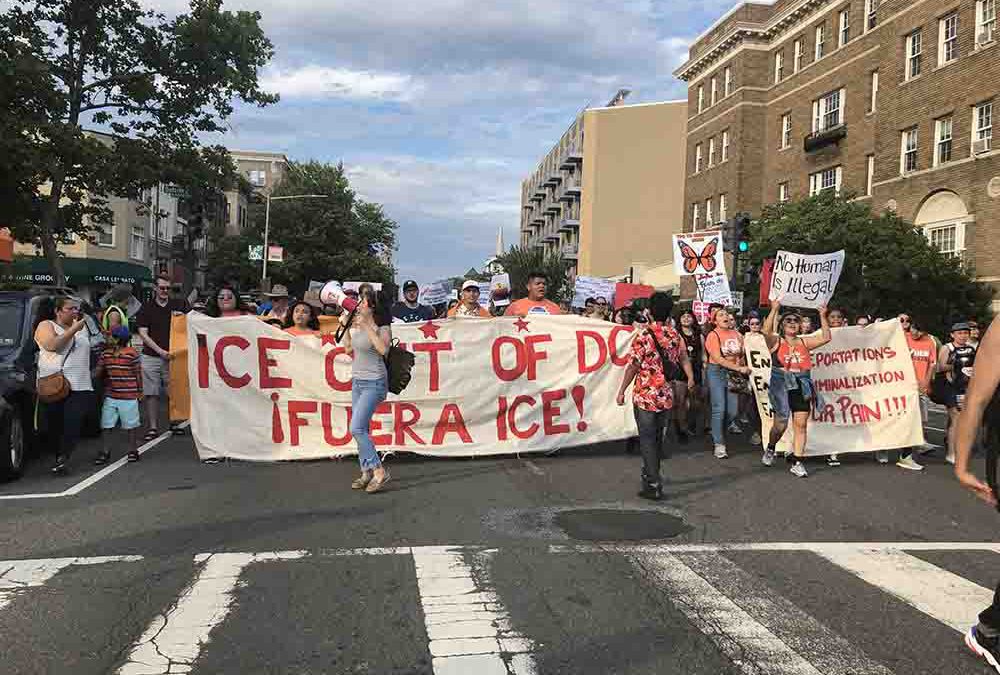 The rally also was spurred by allegations that two immigrant parents were detained by Immigration and Customs Enforcement in the Columbia Heights neighborhood on June 22. ICE has not confirmed if anyone was detained.

In order to reach elected officials, the organizers gathered signatures on a petition with three demands: ending cooperation between D.C. law enforcement and ICE; ensuring that city residents detained by ICE have access to legal representation; and ending cooperation between the city Department of Corrections and ICE. They plan to give the petition to D.C.’s Mayor Muriel Bowser.

Rally-goers started gathering around 4:30 p.m. at Columbia Heights Civic Center for speeches by leaders of Many Languages One Voice, Sanctuary DMV, and Restaurant Opportunities Center — all immigrant advocacy groups in the area.

The organization leaders were joined by Ward 1 councilmember Brianne Nadeau, who sponsored a 2017 law guaranteeing legal services to documented and undocumented immigrant residents.

“I will keep fighting until we are a true sanctuary city,” the councilwoman said.

Rally-goer Vanessa Ramon-Ibarra, 16, volunteers for the immigrant youth-led organization United We Dream. She’s the daughter of a Venezuelan-born mother and a Peruvian-born father.