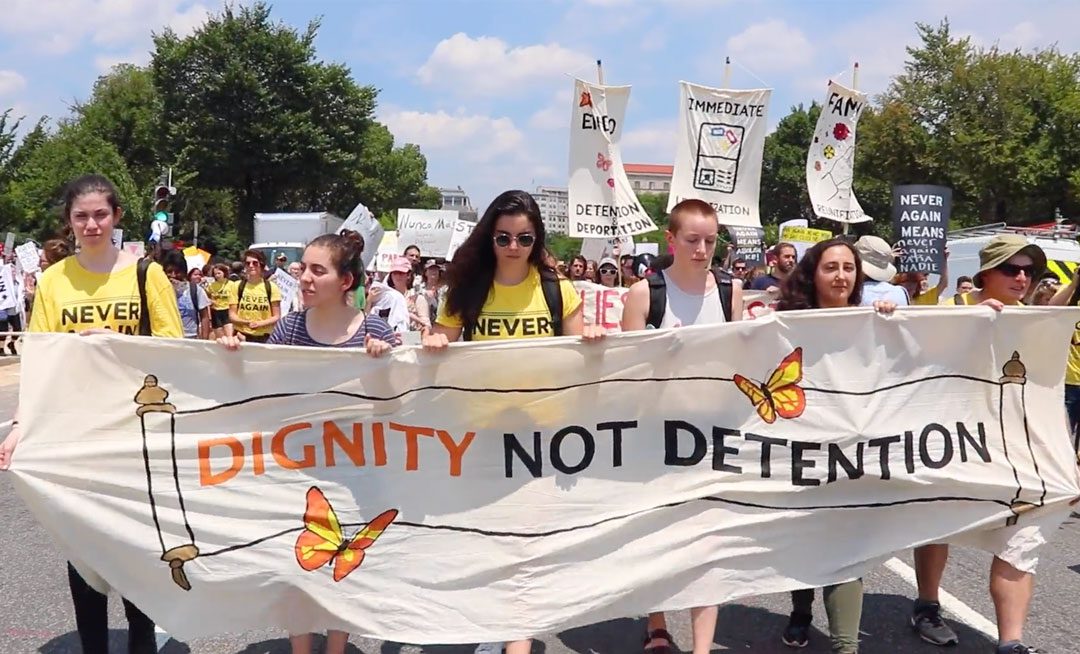 WASHINGTON – Despite a comparison to concentration camps that some Jewish groups consider offensive, some others are embracing the term to take action against the immigration detention centers at the U.S.–Mexico border.

The use of the term “concentration camps” in referring to the detention centers has ignited controversy in recent months. In June, Rep. Alexandria Ocasio-Cortez, D-N.Y., used the term, prompting criticism from a number of politicians and Jewish organizations who believe the comparison is offensive and inappropriate.

But some Jewish groups disagree. Never Again Action has mobilized Jews in cities across the country to denounce these “concentration camps” and stand together to, in their words, #ShutDownICE.

The organization held a protest on Tuesday that started on the National Mall and ended outside the U.S. Immigration and Customs Enforcement headquarters.

Fran Zamore, a member of Jews United for Justice in Washington, explained one of the many similarities migrant detention shares with the Holocaust.

“It started with governmental dehumanizing of Jewish people, which led to roundups, then lock-ups, and that’s what we’re seeing happen here,” she said.

Brandon Mond, a spokesman for Never Again Action, added that when people were taken to concentration camps, they were “separated by gender, and the old were separated from the young, and families were just broken apart.”

To Zamore, the language used to describe the detention centers is “irrelevant.” She said political leaders should be less upset about semantics and more upset about the “horrendous policy.”