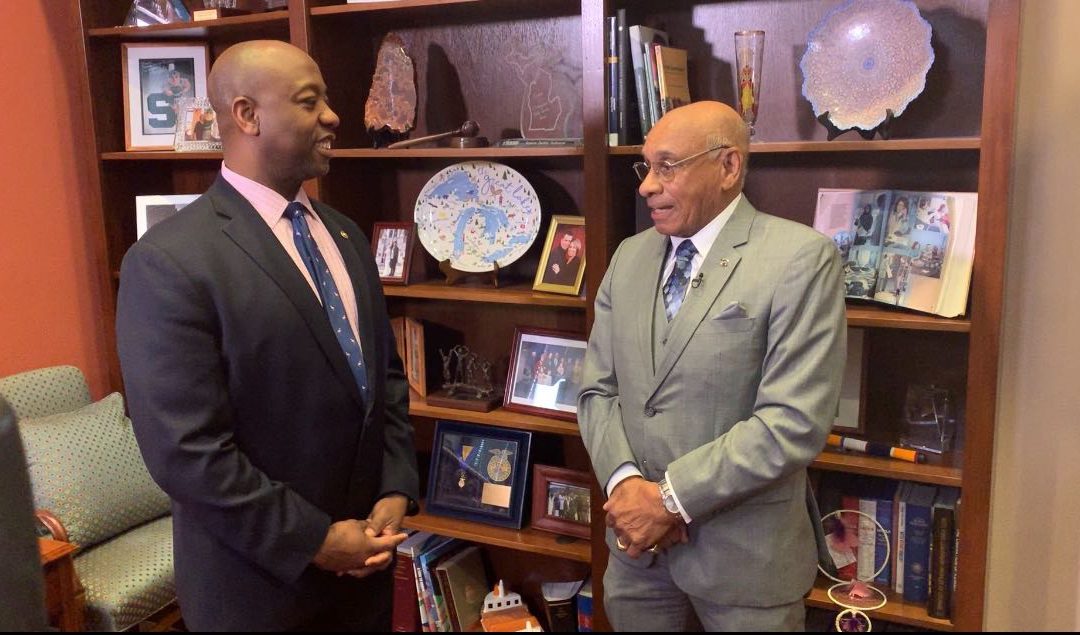 WASHINGTON – The first black player in the National Hockey League, Willie, O’Ree, deserves the Congressional Gold Medal because of his trailblazing role in the 1960s, Republican Sen. Tim Scott said Thursday in announcing his push for a vote to award Congress’ top civilian honor to O’Ree.

Scott, who represents, South Carolina, and Sen. Debbie Stabenow, D-Mich., filed a bill in late June that would recognize O’Ree for his “extraordinary contributions and commitment to hockey, inclusion, and recreational opportunity” and award him the medal. A similar bill has been introduced in the House.

“Had I been here (in the Senate) 15 to 20 years ago,” Scott said, “maybe we’d have done it then. But the good news is we’re here today. …  My grandparents taught me a long time ago, ‘Give them their roses while they’re living.’ and this man has not only earned it, we hope to see him continue to have a positive impact on young people throughout this country.”

O’Ree, 83, who attended the news conference announcing the proposal, played for Canadian teams starting in the early 1950s, and lost the sight in his right eye when he was hit by a puck. Despite the injury, he was called up to the Boston Bruins in the 1957-58 season. He became the first black athlete to play in an NHL game on Jan. 18, 1958. He played two games that season, but returned to the Bruins in 1960 and became the first black player to score an NHL goal on Jan. 1, 1961, according to Britannica.com. He left the Bruins in 1961, but played for 14 more years in Canada and on U.S. NHL teams.

Last year, he was inducted into the Hockey Hall of Fame.

He said he was discriminated against several times while playing in the U.S. In his 1960–61 season with the Bruins, a Chicago Black Hawks player taunted him and used his stick to knock out some of Rhee’s teeth.

“We got into an altercation and he butted me in the mouth knocking my two front teeth out.” O’Ree said. “… All I could think about was coming back to sit on the bench and support my team”.

His Bruins teammates told him, “Willie, you don’t need to take this type of abuse, you can go back to your hometown (in Canada) and play,” he said, But he responded that he would only leave the NHL when “I don’t have the skills and the ability to play anymore.”

Scott said O’Ree’s career shows that “in this country, all things are still possible. With goals, and clear focus and perspective on what you want to accomplish, you tell kids today that they can accomplish it now better than ever.”

He also noted the timing of the bill.

“While our country is most polarized racially in politics, we see incredible leaps forward, and I’m just happy to be in a position where we can celebrate some of the success,” Scott said.

In addition to the polarization over the detention centers at the border and immigration policy generally, President Donald Trump’s tweet that Rep. Ilhan O’Mar, D-Minn., and three other freshman congresswomen of color should “go back” to their countries sparked controversy over whether he is a racist.