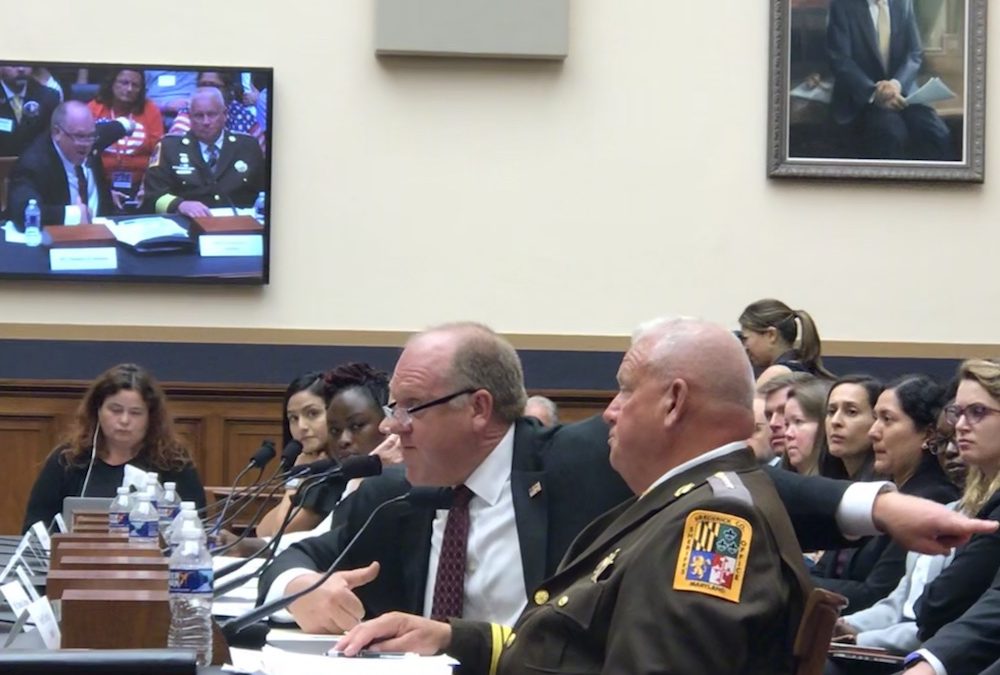 WASHINGTON — In a contentious meeting of the House Judiciary Committee the former head of U.S. Immigration and Customs Enforcement Thursday defended the use of immigrant detention centers as well as the care detainees receive, but Democrats weren’t buying his argument.

The number of immigrants detained in ICE facilities has increased steadily since the mid-1990s. In 2016, detainees numbered about 34,000 on an average day compared with over 52,000 so far this year, according to Rep. Pramila Jayapal, D-Wa. Congress has only approved funds for the detention of 45,000 immigrants this year.

Colorado Rep. Ken Buck, the top Republican on the committee, said that ICE detention “helps keep serious criminals off of the streets for good.” He described a detention center he toured in Colorado as led by “dedicated and professional staff” and equipped with televisions, video games and free access to phones.

However, some members of Congress have compared ICE detention centers to concentration camps.

Thomas Homan, former acting director of ICE, called the comparison disgusting. “Forgive me, but I don’t think they had recreation, health care, two [meals] a day etc. in the Nazi concentration camps,” he said.

Homan also criticized Thursday’s hearing as “another grandstanding political theater hearing to attack our president and this administration.”

The hearing was the third held by the committee to review the use of detention centers.

“Over the last seven months, the committee has devoted attention to the Trump administration’s cruel policies at the border,” Committee Chairman Jerrold Nadler said. “Today we will shift our focus to examining the impact of the administration’s approach to immigration detention in the interior of the U.S.”

He said detention facilities in states other than those on the border are facing the same problems as the border facilities – rising number of detainees and unsafe or unsanity conditions.

Selene Saavedra-Roman, a Deferred Action for Childhood Arrivals recipient, spent 38 days in an ICE detention center in Texas and told the committee that she has since suffered from clinical depression and anxiety.

“The first morning, I was awoken by another woman who said we had to clean the bathroom. It was barely 4:30 a.m. I thought she was joking,” Saavedra-Roman said. “The food was always cold. Tables were dirty and staff would ask for volunteers to clean them when it was their duty. We slept in freezing temperatures with no pillows.”

The average cost of detention for adults is $130 a day, and around $290 in the case of family detention, according to Jayapal. Alternative solutions, such as ankle bracelets, can cost as little as 70 cents to $17, according to the National Immigration Forum, an immigrant advocacy group.

“We have the capability to safely and compassionately process migrants women and children, and to ensure that they appear for the scheduled hearings,” Judiciary Chairman Jerrold Nadler said. “Instead of relying on their physical detention, ICE could employ a broad array of alternative measures with equal success, far less costs and brutality.”