Fired discussion on stronger libel laws against the journalists 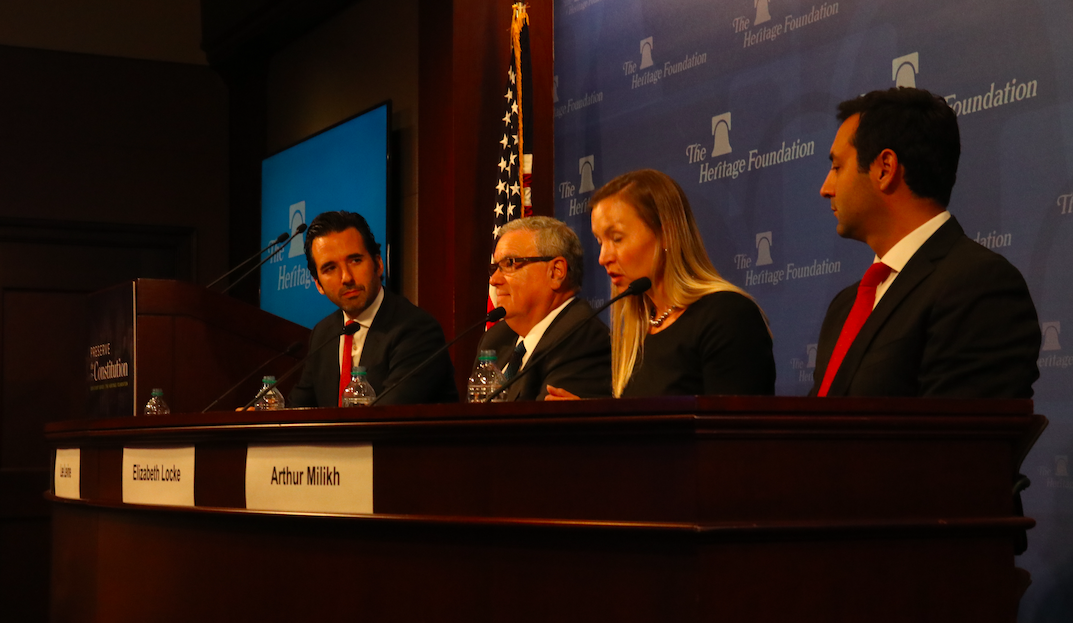 WASHINGTON – A debate about whether stronger libel laws are needed to rein in the press Thursday quickly turned into an argument over how President Donald Trump treats the media and how the media treats him.

At the event hosted by the conservative Heritage Foundation, Arthur Milikh, an associate director at the foundation, said that because the landmark Sullivan v. New York Times ruling, journalists gained a lot of protection, allowing the media to become “creators and rulers” and “master or at least kingmaker.”

The news media often think that freedom is an absolute and that journalists are beyond criticism. “This is a part of the reason the press hates President Trump so much,” Milikh said.

In the New York Times v. Sullivan, the Supreme Court ruled that the First Amendment requires a plaintiff to prove if the media knew that a statement was false or was reckless when they decided to publish it without investigating whether it was accurate.

“To be absolutely clear, media organizations are fair game for criticism,” said Levine. Journalists “try to own their mistakes to correct them and to rededicate themselves for the highest standard of journalism.”

As a defamation lawyer, Elizabeth Locke said she had been witnessing “how reporters do and often don’t do their jobs from gathering to not gathering facts to cultivating or fabricating sources.”

Levine, who has been a libel lawyer for over 40 years, again disagreed.

“The media aren’t perfect. It makes mistakes. It has blind spots. It sometimes drives people crazy,” said Levine. But “it empowers the public by providing the information we need to elect the leaders and continuing oversight to keep them honest.”

The real problem that the journalists are facing is “how the president decries fake news and how “he is not interested in actual mistakes,” he said. “He’s trying to legitimize and delegitimize the real news.”

Levine said that “the press shouldn’t be restrained “at least any further than it already is.”