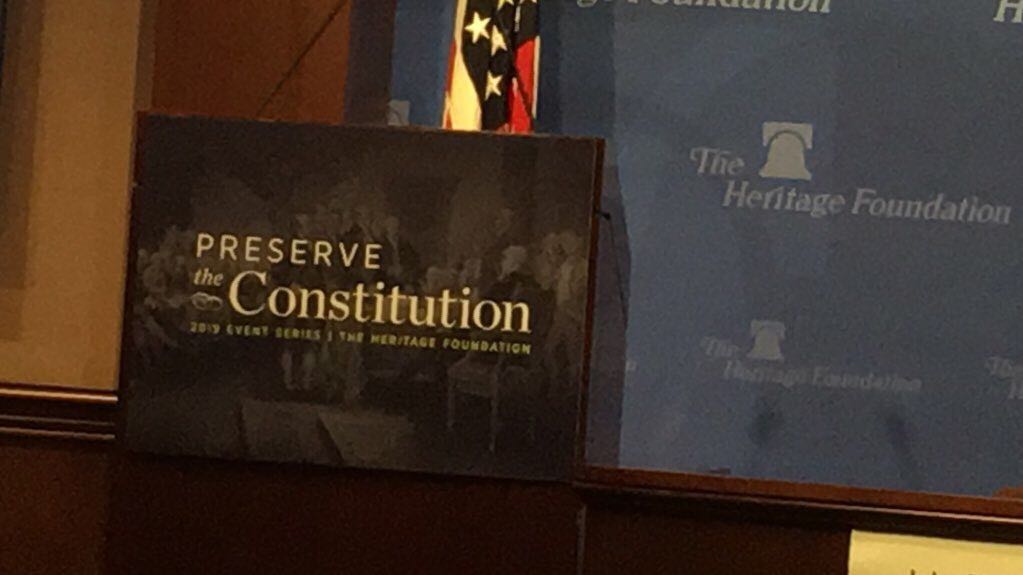 The discussion was held at the Heritage Foundation, a conservative think tank based in Washington, D.C.

In May 2018, President Donald Trump signed an executive order saying it will advocate for faith-based and community organizations. He also called for an end to religious persecution at the United Nations last month.

“The Trump administration has done great things to protect and promote freedom of religion and the rule of law,” said Robert Eitel, senior counsel to the secretary at Department of Education.

The department recently made changes to Higher Education Act to make it more accommodatingto and is working on several initiatives to promote religious liberty in schools, Eitel said.

Eric Dreiband, assistant attorney general for the civil rights division in the Justice Department, stressed his agency’s commitment to the First Amendment’s protection of religion as a constitutionally protected freedom.

The Department of Health and Human Services launched a conscience and religious freedom division last year that received over 300 complaints from around the country for lack of regard for religious beliefs last year, according to Roger Severino, the department’s director of the officeof civil rights.

“Life and death situation is where religious impulse really comes through. According to the Founding Fathers, this should be done with freedom, not with government interference,” Severino said.

The department’s recent enforcement of the administration’s Title X policy that prohibits federally funded institutions from referring patients for abortions has created controversies.
Severino also said religious discrimination especially targets minority religions, and the government is striving to protect freedom of religion for everyone.

“Protecting religious liberty is really about advancing diversity,” he said. “We are finally enforcing these laws and these should not be controversial.”