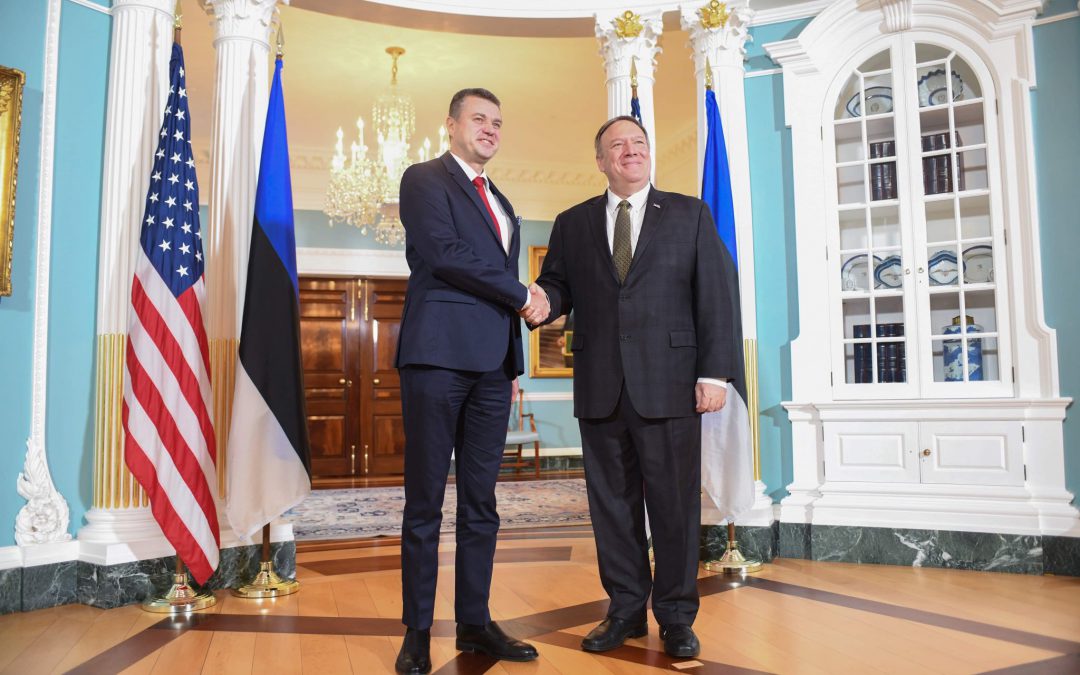 WASHINGTON – Secretary of State Mike Pompeo and Estonian Foreign Minister Urmas Reinsalu said Tuesday in a joint statement that the U.S. has an “iron-clad commitment” to Estonia’s security under international treaty.

The joint statement spoke about the importance of “an active and visible U.S. participation in this region´s security” under Article 5 of the Washington Treaty, which states that any armed attack on a member state is looked at as an attack against all. This reassurance to support allies during conflict comes at a time when President Donald Trump is being criticized for abruptly pulling troops out of Syria.

The leaders also said the two countries will sign a joint declaration on cybersecurity when Estonian Prime Minister Juri Ratas visits Washington at the end of October.

Reinsalu, who is on a two-day visit to Washington, also addressed a group at the conservation Heritage Foundation, focusing on the importance of NATO ahead of the international alliance’s 70th meeting scheduled in London for Dec. 3 and 4.

He said NATO is fundamental to the survival of democracy at a time when “the world is becoming an even more dangerous place… for our shared democratic way of life”.
“Only by working together, by strengthening transatlantic bonds, can one ensure that Western democracy not only survives current century but also thrives beyond that,” he said.

Europeans have “collectively increased defense spending by more than 100 billion dollars,” he said, a reference to Trump’s complaints that the U.S. has contributed a disproportionate share of NATO’s funding.
Reinsal said he “joins “American friends” and calls for allies to “continue to increase defense budget.”