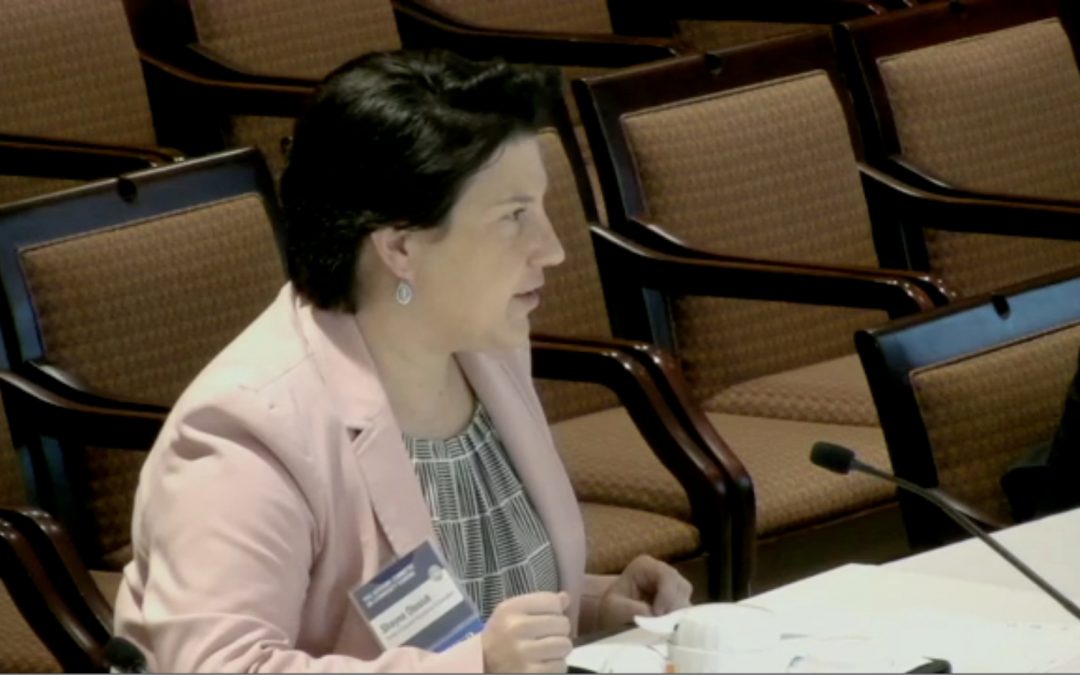 Shayna Olesiuk, Associate Director Division of Insurance and Research at FDIC, gives a presentation on the agency's 2019 risk review. (FDIC via Webcast)

The United States had 7.1 million job openings in August, but only 5.8 million were hired for work, according to data released Wednesday from the Bureau of Labor Statistics.

While many reported they continued to see positive signs of growth a decade after the Great Recession, local banks can be affected by economic trends that impact their primary customer base, such as residential and commercial construction.

“The biggest challenge that we find amongst our contractors that we work with and from what we hear in the construction industry is a shortage of labor,” said Keith Epstein, executive vice president and CEO of Roxboro Savings Bank, a community bank in North Carolina that primarily focuses on housing. “They have full pipelines but they can’t build out as quickly as their customers would like.”

More than three quarters of construction firms report having a hard time filling hourly craft positions, according to a survey released by Autodesk and the Associated General Contractors of America.

For Thomas Leavitt, president and CEO of Northfield Savings bank in Vermont, “The unfortunate low workforce formation” is due to a change in demographics in his state.

“The shift is a result of an aging population cohort, a struggling net migration, lower birth rates and a reduction in some of the popular and successful immigration programs that we’ve benefited from over time,” he said.

In 2035, the elderly will outnumber children for the first time American history, according to a 2018 Census Bureau report.