Inequality on climate change: people who contributed the least are suffering the most

Panelists discuss issue of Climate Change, Resilience, and Agriculture in Nepal at the CSIS (Courtesy of the Center for Strategic & International Studies)

WASHINGTON – Lack of leadership the Trump administration to solve climate change issues has resulted in significant inequality to vulnerable countries since the poor are suffering the most from this situation, experts said Wednesday.

“We are seeing a great ambition from small countries,” but the problem is that “big major economy is absolutely absent,” said Manish Bapna, executive vice president at the World Resources Institute.

In the four years since the Paris agreement to combat climate change was signed, “we are seeing quite noticeable lack of leadership today” from rich countries, Bapna, said at an event hosted by the Center for Strategic & International Studies.

The result is that “those who contributed the least to climate change are suffering the most,” he said, especially countries with marginal incomes that depend on agriculture.

For example, in Nepal, “flood destroyed not only their crops and infrastructure but also their valuable lands,” said Anustha Shrestha, a research officer from Nepal.

The U.S. recognizes that “social inclusion is a real key” to solve climate change, Carol Jenkins, an official at the U.S. Agency for International Development, said. “We’ve been able to unlock millions of dollars to nonfarm productive assets so that farmers can build their asset base and start to diversify their livelihood” to make sure they are not just reliant on agriculture. 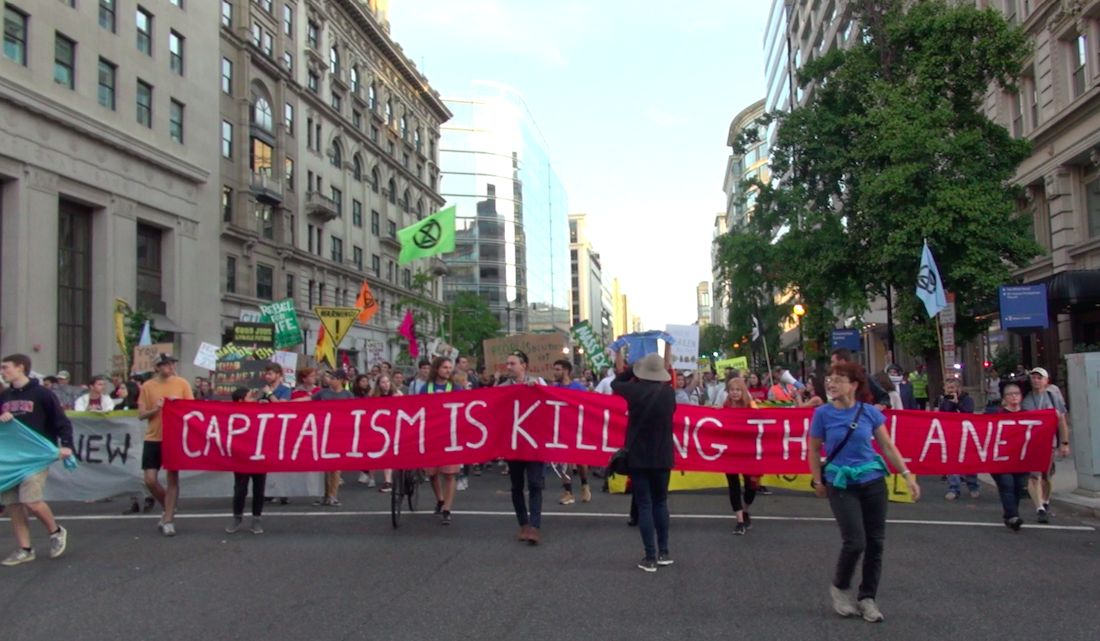 Two climate change protests in Washington on Sept. 23 and 27, organized by Shut Down DC, shut down main streets across the city.