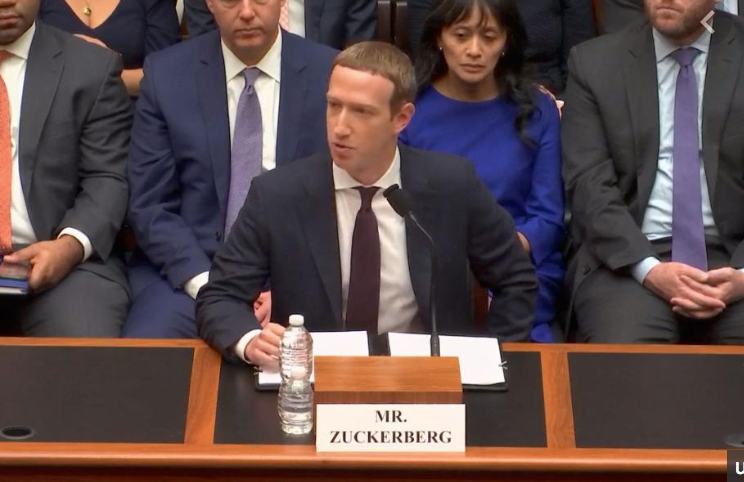 Facebook CEO Mark Zuckerberg testifies on the potential impact of Libra over the financial sector.

WASHNGTON — Facebook might have to modify its involvement in the proposed digital currency project Libra if it does not receive approval from U.S. regulators, CEO Mark Zuckerberg said on Wednesday at a House Financial Services Committee hearing.

Libra, which Facebook proposed in June as a “global currency and financial infrastructure,” is set to launch in 2020. The currency will not be run by Facebook itself, but rather by a nonprofit association, the Libra Association, which was officially founded last week.

Given Zuckerberg’s insistence that Libra is separate from Facebook and that he cannot control the association, lawmakers questioned how Facebook would guarantee it would get U.S. regulatory approval.

Zuckerberg conceded that Facebook would be “forced to leave” the governance organization if the currency is launched without U.S. government approval.

“If at the end of the day we don’t receive the clearances,” Zuckerberg said, “we will not be a part of the association.”

The Facebook CEO was the sole witness during the hours-long hearing on the impact of the proposed cryptocurrency on the financial sector. He defended Libra as the solution to a “failing current system” and a “stagnant financial industry.”

“I view the American financial infrastructure as outdated,” said Zuckerberg. “If America doesn’t innovate, our financial leadership isn’t guaranteed. The idea is that sending money should be easy and secure as sending a message. Libra can help.”

Lawmakers pressured Zuckerberg on Libra’s ability to meet standards to guarantee consumer safety and expressed worries that it might be used for the sale of illegal drugs, weapons and child pornography.

“You’re trying to help those for whom the dollar is not a good currency – drug dealers, terrorists, tax evaders,” said Rep. Brad Sherman, D-Calif.

The G-7 recently stated that it would block Libra if it did not meet security standards.

Amid mounting criticism, eight of the 28 founding members of the Libra governance association recently pulled out of the project. These include Visa, Mastercard, Ebay and PayPal. Uber, Lyft and Spotify are among the 21 remaining members.