Does ICE follow its policies when it comes to deporting military veterans? 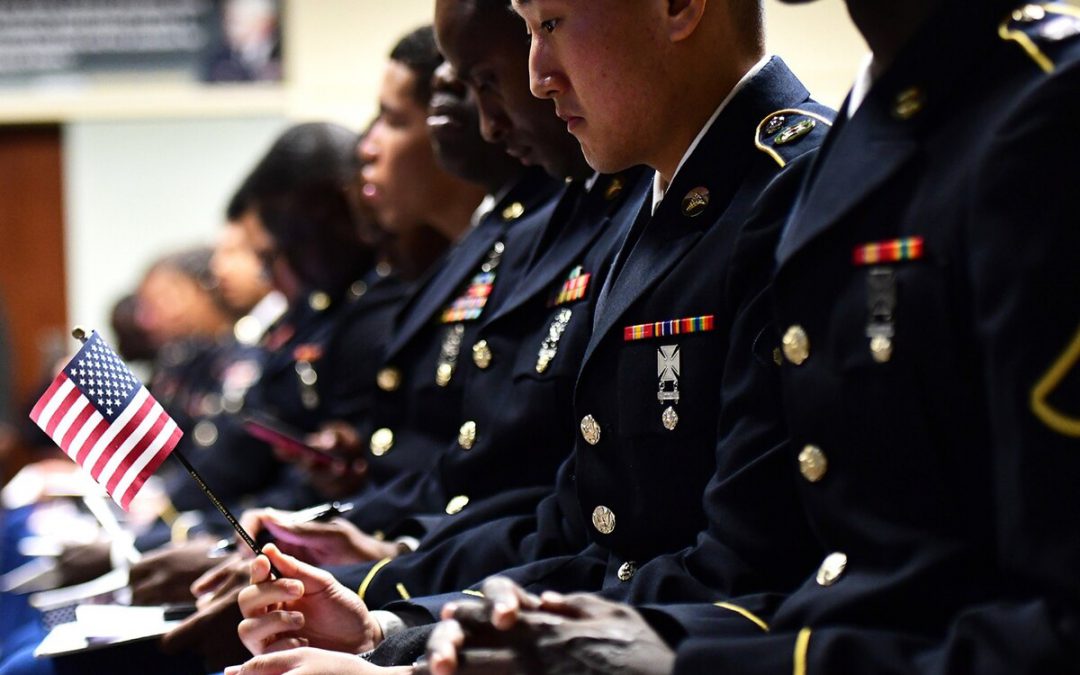 A soldier holds an American flag prior to the start of an oath of citizenship ceremony in the General George Patton Museum's Abrams Auditorium at Fort Knox, Ky., Sept. 19, 2018. (DoD)

WASHINGTON — Immigration and Customs Enforcement agents aren’t always following the rules in deporting military veterans who are not citizens and treating them without regard for their service to the country, a deported veteran who has since become a citizen told a House Judiciary subcommittee on Tuesday.

“Under today’s laws, veterans come home to America with an American flag draped around their casket,” said retired Army Specialist (E4) Hector Barajas-Varela. “There is no honor in being deported or (in being) thanked for their service only when they die.”

Approximately 130,000 troops from over 30 countries have been naturalized since 2001. As of 2016, there were about more than half a million foreign-born U.S. military veterans in the country. Noncitizens who serve in the military are able to apply for legal status after about six months and eventually can apply for citizenship.

But Barajas-Varela told the Subcommittee on Immigration and Citizenship that noncitizen troops often are not educated on their rights.

Noncitizen service members, like other noncitizens, can be deported under the Illegal Immigration Reform and Immigrant Responsibility Act, which said immigrants could be deported for wider variety of crimes, including nonviolent offenses.

A June Government Accountability Office report found that Immigration and Customs Enforcement “did not consistently follow its policies involving veterans who were placed in removal proceedings.”

According to recent GAO estimates, 92 veterans were deported between 2013 and 2018. But due to a lack of record-keeping by immigration officials, the number could be significantly higher.

Citizenship and Immigration Services data shows it denied 16.6 percent of military applications for citizenship, compared with an 11.2 percent civilian denial rate in the first quarter of fiscal 2019.

“Being a veteran does not mean you get a free pass and never have to pay the consequences for your actions,” Barajas-Varela said. “At the same time, it does not make sense to me to deport our veterans after they have completed their sentence and paid for their actions.”

Barajas-Varelas, who received an honorable discharge in 2001, was deported in 2004 after serving prison time for shooting at an occupied vehicle. After a second deportation in 2010, he was naturalized following a pardon.

Rep. Andy Biggs, R-Ariz., argued that noncitizen service members who are deported due to criminal convictions should not be treated differently from other immigrants who commit the same offenses.

“To say it’s a double punishment is illogical,” said Biggs. “Deportation is applicable to any person in the country who has engaged in criminal activity.”

He said the GAO report found that some of the crimes committed by deported veterans included homicide and sexual abuse of a minor.

Jennie Pasquarella, director of immigrants’ rights at the ACLU of California, argued that the deportations are indeed “a double punishment. (Noncitizen veterans) serve their time in criminal custody…they should go home the same way that citizen veterans go home, instead they serve lifetime banishment.”

U.S. Immigration and Customs Enforcement and Citizenship and Immigration Services did not respond immediately for comment.