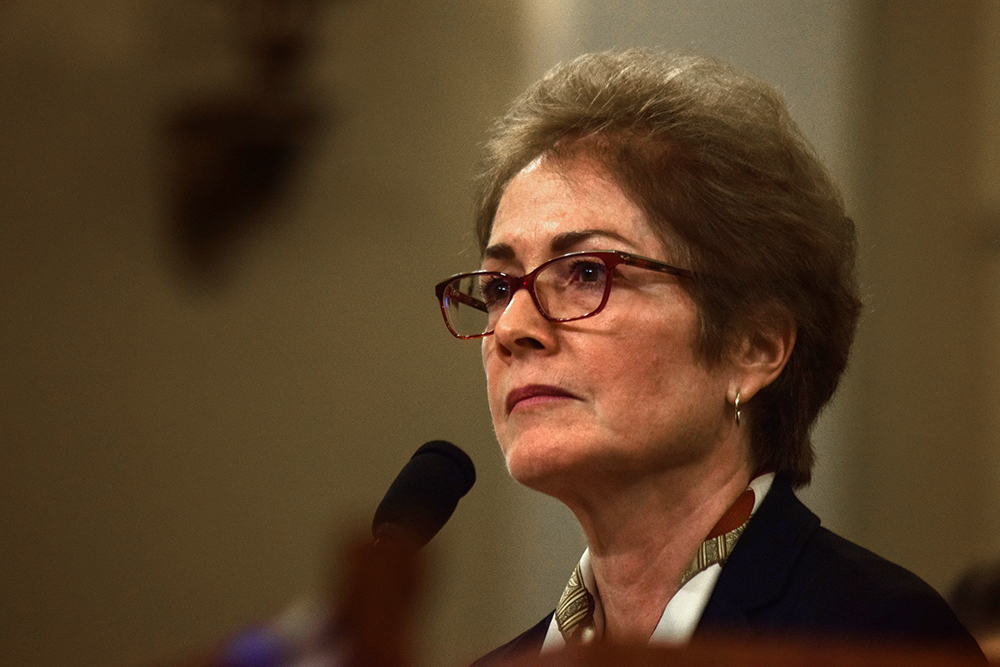 WASHINGTON — Marie Yovanovitch, former U.S. ambassador to Ukraine, testified before the House Intelligence Committee Friday that President Donald Trump wanted her out of office and she felt threatened.

According to Yovanovitch, foreign actors influenced the president’s decision to remove her from her post, on accusations the State Department knew to be false.

“Although then and now, I have always understood that I served at the pleasure of the president, I still find it difficult to comprehend that foreign and private interests were able to undermine U.S. interests in this way,” Yovanovitch said in the second day of public hearings in the House impeachment inquiry.

“These events should concern everyone in this room.”

Defending himself on Twitter, Trump said about her diplomatic career, “Everywhere Marie Yovanovitch went turned bad.” He asserted his “absolute right” as president to appoint and replace ambassadors.

“Hoosiers see what’s really at stake. One party that’s trying to politicize and weaponize the House of Representatives with this fake impeachment process versus a president who has been focused on moving our country forward and has done a lot of good things for Indiana,” Banks said.