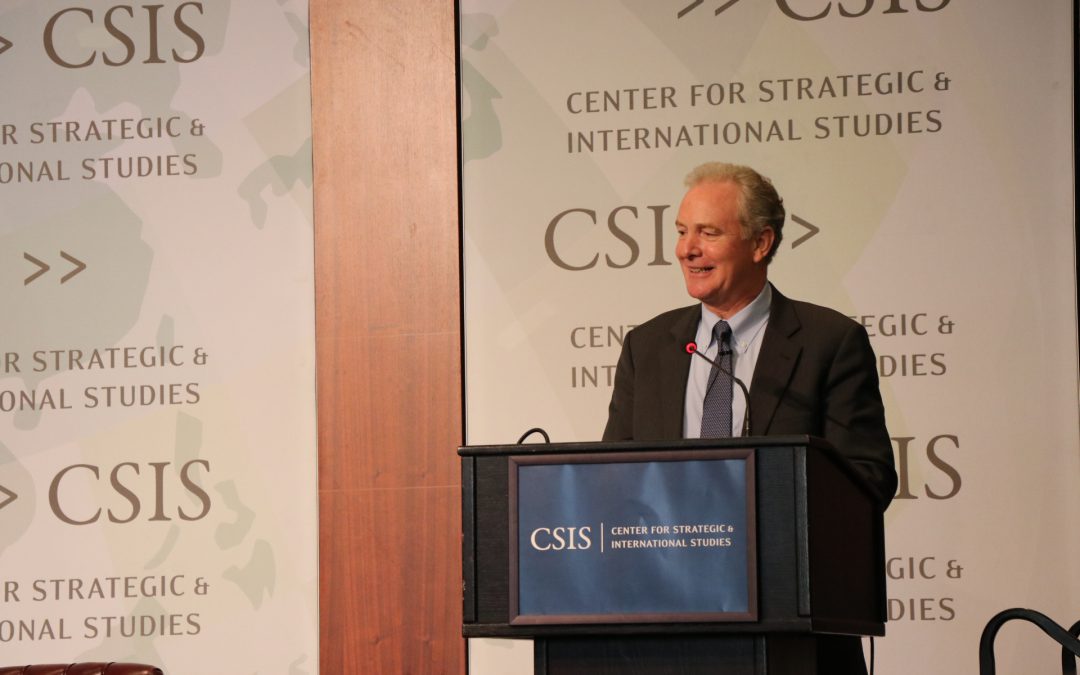 Speaking at the eighth annual Transatlantic Forum on Russia, Van Hollen called Russia “one of the most serious threats to the U.S. national security interests.”

Van Hollen described Russia as “revisionist power” that seeks to “shatter the North Atlantic Treaty Organization and change European and Middle East security and economic structures to its favor.”

He condemned Russia for weaponizing new technologies to interfere in the 2016 U.S. elections through social media.

State election officials have taken the threat seriously and have bolstered their voting system security, but “President Trump has not meaningfully challenged Russia’s malign conduct,” he said.

He said Congress should include amendments to the National Defense Authorization Act to launch economic sanctions on Russian sovereign debt if the U.S. determines Russia interfered in an election.

“We should shore up the NATO alliance and strengthen our other partners to deter Russian aggression,” he said. “We need to work with our allies and partners to use our economic and political leverage to confront malign Russian conduct.”