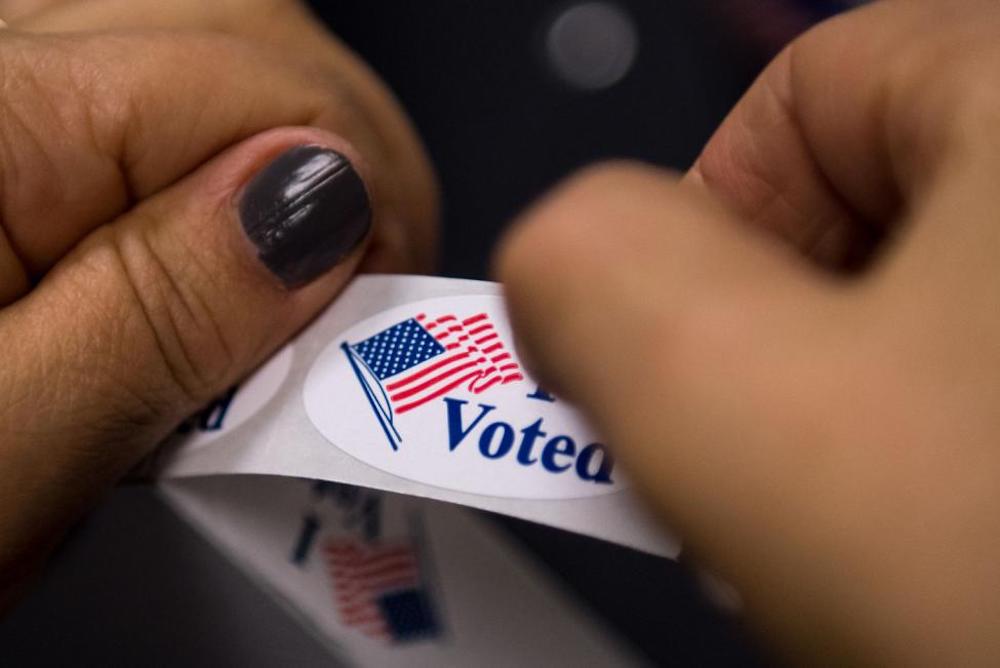 In 2020, there will be 32 million eligible Hispanics, while black voters, at 30 million, will count for 12.5 percent. File Photo by Kevin Dietsch/UPI

WASHINGTON, Nov. 26 (UPI) — Hispanic voters, who are expected to overtake black voters as the largest minority bloc in 2020, could push swing states like Nevada and Florida into the Democratic column in the 2020 presidential elections, some experts say.

Although they still will comprise only 13.3 percent of all eligible voters, Hispanic voters could make the difference in tight races.

In 2008, conservative-leaning states like Nevada and Florida flipped and voted Democrat in the presidential election. But in 2016, Florida switched to Republican once again, while Hillary Clinton kept Nevada blue by a 1.5 percent margin.

William Frey, a senior fellow and expert demographer at the Brookings Institution, predicts both states will go Democratic in 2020.

“To me, it’s a pretty safe bet that they will be Democratic,” Frey said. President Donald Trump “is not someone who is welcomed by Hispanics, and I think this could be the reason why they turn out and vote Democratic.”

In 2020, there will be 32 million eligible Hispanics, while black voters, at 30 million, will count for 12.5 percent. Asian Americans will make up 5 percent of the electorate. If Hispanic turnout follows the upward trajectory it has been on, reaching 40 percent in 2018, it could be enough to move them to the Democratic column even though Hispanics make up less than a quarter of the population, Frey said.

The Hispanic voting bloc has continued to grow: It represented 11.9 percent of all eligible voters in 2016 and 9 percent in 2008.

Though a majority of the Hispanic electorate has not favored Trump, his support has been dropping, including among older, more conservative voters who tend to be the key demographic of Latino Trump voters, a recent Equis Research poll found.

In Nevada, Trump’s favorability among Hispanics fell 12 points to 19 percent as many blamed Trump for fueling racially charged speech directed at Hispanics.

“The 2020 presidential election will be won at the margins, so the data we’re seeing that shows Donald Trump losing ground, despite early spending and outreach by his campaign into the Latino community, speaks volumes,” Equis research director Melissa Morales said in an email.

In Florida, only 29 percent of Hispanics would vote to re-elect Trump in 2020, compared with 21 percent of all Latino eligible voters nationwide, a poll commissioned by Unidos U.S. found.

“The poll shows that support for the GOP is eroding,” Clarissa Martínez de Castro, Unidos U.S. Deputy Vice President for Policy and Advocacy, said in a press release. “It’s also clear that there is a shift away from the GOP as the Republican Party has come to be seen as embracing or leading the charge on anti-immigrant and anti-Latino rhetoric and actions.”

Carolina Contreras, an American citizen who migrated from Venezuela to Miami in 2008, still sees a lot of racism toward Latinos and Hispanics near her home in Orlando. She said this racism, fueled by Trump’s derogatory comments about Latin American immigrants, is one of the reasons many of her Latino neighbors will vote for the Democratic nominee.

“I feel like for this upcoming election there is more hope in that more people have opened their eyes and realized that every vote counts, including theirs,” Contreras said. “Change needs to happen, and I hope we have learned our lesson” with this administration.

The latest Univision/Latino Decisions poll from September found that 78 percent of Hispanics disapprove of Trump and his skills to handle the presidency. Over 70 percent of respondents said they’ll vote for the Democrat nominee in 2020.

The number of voters who identify as “white only” has decreased 12 percent since 2016, according to U.S. Bureau Census data. White voters are projected to compose 67 percent of all eligible voters in 2020.

Adrián Pantoja, a senior political analyst for Latino Decisions and professor of political and Chicano studies at Pitzer College, said a “sense of unity” has grown among U.S. Latinos in recent years that makes them more likely to vote for what is best for the community rather what policies they agree most with.

Jennie Leal, a first-generation Mexican-American college senior from California, said she wants to vote for Sen. Bernie Sanders because he has promised to lower the costs of going to college and of healthcare, which affect the Latino community directly, she said.

“There hasn’t been any opportunity that could tell me, ‘This [administration] could be good for America,’ so I’m just very concerned about next year.”

Latino voters like Josefina White, a citizen since 2015 living in Massachusetts, have not seen the Republican Party making an effort to reach their communities. Instead, she has seen more people say they are against immigration and people who speak Spanish, like her.

“I feel that because this sense of anti-immigration and resentment has been created, there are some Latinos who don’t have that support they need to feel empowered to go vote” for the Republican Party, she said.