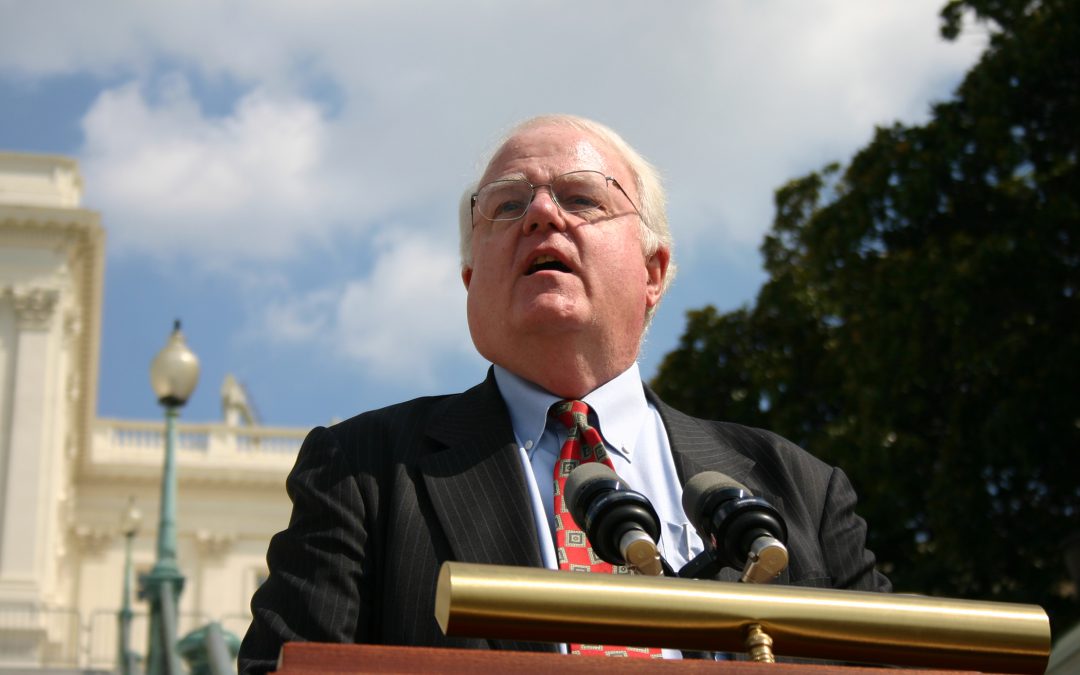 Wisconsin representatives prepare for the house impeachment vote. (Photo by The Leadership Conference on Civil Rights)

WASHINGTON — Two of them have taken this vote before. For another it will be the most historic of his first term. Two of them are certain to vote yes, four of them will likely vote no, while one’s decision remains a mystery.

Wisconsin’s congressional delegation is bracing this week for only the third House vote to impeach a sitting president in American history.

Reps. Jim Sensenbrenner, R-Menomonee Falls, and Ron Kind, D-La Crosse, were on opposite sides of the last impeachment vote nearly 21 years ago against President Bill Clinton, a Democrat. Kind is the only member of Congress to have voted to authorize the House investigation of both Clinton and President Donald Trump, a Republican.

For Sensenbrenner, who is retiring at the end of this term, the vote will be one of the last major acts of his more than 40-year career in Congress. For Kind, whose district Trump won in 2016, it could be one of his last major votes depending on how his constituents respond to his decision in November’s election.

While Kind was a relative newcomer when he ultimately voted against impeaching Clinton in 1998, Sensenbrenner was among the House leaders.

He gave the one-hour opening Republican statement on the House floor and was one of 14 GOP members of the Judiciary Committee that voted to send a bill of impeachment to the full House for a vote. Then, during the debate leading to the GOP-controlled House vote, he served as a floor manager of the bill, one of only three from the Clinton proceedings still in office.

So far both are voting in step with their respective parties on Trump, with Sensenbrenner voting against the two articles of impeachment in the House Judiciary Committee Friday.

Sensenbrenner criticized the Democratic-led impeachment probe Wednesday calling it a “railroad job.” He also interrupted a question to accuse committee majority counsel Barry Berke of badgering a GOP witness. On Friday he was in the minority of the 23-17 vote to send the articles of impeachment to the House.

“These articles of impeachment are the weakest in history,” Sensenbrenner said in a statement after the committee vote. “They have set a dangerous precedent today, which undoubtedly weakens the fabric of our government.”

A Kind spokesman said he has been watching replays and reading transcripts of the hearing testimonies at night or between meetings in his office at the Longworth House Office Building, where the hearing rooms are also located.

“I firmly believe that impeachment should be the last resort,” Kind said in a statement. “But as a co-equal branch of government, Congress has a constitutional obligation to investigate any misconduct — regardless of political party.”

As a former special prosecutor, Kind said he believes the public hearing process has been necessary to “uncover all of the facts and evidence so that an appropriate remedy can be determined.”

The House Rules Committee will now meet to make the final preparation for the vote. If the House votes to adopt the articles of impeachment, they will move to a trial in the Senate, which will likely take place early next year.

After the House Intelligence Committee began its public impeachment hearings Nov. 13, Rep. Mark Pocan, D-Black Earth, would leave his office in the Longworth building at about 10 p.m. and spend the rest of his evenings catching up on highlights of the impeachment proceedings.

“I try to have it on between meetings while we might be going over stuff,” Pocan said in an interview.

Pocan’s schedule is typical of members of Congress who often juggle committee and constituent meetings while finding time to keep up with the impeachment process.

In two weeks of public impeachment hearings, the Intelligence Committee heard more than 30 hours of public testimony from 12 witnesses across seven hearings. The witnesses presented evidence that Trump had used his public office to coerce Ukraine’s new president to help him win the 2020 election.

To keep up with the testimony while at the office, Pocan would also monitor social media. While sitting through committee meetings on non-impeachment-related topics, Pocan received highlights and showed important moments from the impeachment hearings to members near him “because we’re all following it in that way.”

Like his Democratic colleague from Milwaukee, Rep. Gwen Moore, Pocan has been vocal about his support for impeachment. The information coming out of the testimonies has been “crystal clear,” he said.

“The only recourse you have left via the Constitution is Congress’ ability through the impeachment process,” Pocan said. “We felt that it was necessary, no matter what, to be able to proceed. No matter what we would find out, we had to do this process.”

Moore said in a statement that Trump “violated his sacred oath” by using his position for personal and political gain and that it is part of her duty as a lawmaker to uphold the Constitution.

“After he committed these wrongdoings, he obstructed Congress by defying subpoenas and blocking witness testimony,” Moore said. “These uncontested facts support the articles of impeachment. I will vote in support of these articles when they reach the House floor.”

GOP: Impeachment is a distraction

In the midst of the first day of public impeachment hearings last month, freshman Rep. Bryan Steil, R-Janesville, blasted the House impeachment process against Trump, knocking Democrats for wresting focus away from other issues.

Steil cited the rising costs of prescription drugs, securing the border, depleted military funding and the proposed trade agreement among the U.S., Mexico and Canada as important priorities for people in southeast Wisconsin that are taking a back seat to the impeachment. He also criticized Democrats for not talking about approving military funding that needs final approval in order to avoid a government shutdown.

“No one is talking about the urgency of this issue, though, because of the impeachment circus,” he said at the time, though since then many of those issues appear to have been resolved.

Nearly one year removed from replacing former House Speaker Paul Ryan in Wisconsin’s 1st Congressional District, Steil joined the three other Republican House members to vote against the House resolution that set the ground rules for the investigation.

“Today’s resolution does not provide the president with due process protections that were afforded to both President Clinton and President Nixon,” Steil wrote in a tweet immediately before the House voted on the resolution. Later that day, the House passed the resolution 232-196, with all Republicans and two Democrats opposed.

Earlier in October, Steil put out an online survey asking constituents if they supported articles of impeachment against Trump. He did not release the results.

Steil, a lawyer who spent more than a decade working in the manufacturing sector in southeastern Wisconsin, was one of almost 90 new members sworn into the House in January.

“There are no political parties on the shop floor,” Steil said in an email. “You work with your co-workers to complete a job on time, within budget, and to achieve the goal at hand. It is frustrating to see House Democrats’ inaction on the real issues facing our communities.”

Rep. Glenn Grothman, R-Glenbeulah, offered similar criticism of impeachment in an interview. The hearings took away from issues like welfare proposals, the president’s new trade agreement and immigration that is “still at crisis level,” Grothman said.

“People who are focusing on the impeachment are trying to take our eye off of those more important issues,” Grothman said. “I’m looking to get back on the border in January or February when this is over to further equate myself with that situation.”

Pocan disputed their characterization. Despite juggling meetings and following the proceedings, he said it has been an especially productive time for the House. So far, the House has passed more than 400 bills, according to GovTrack.us, on pace to pass the 758 bills passed between January 2017 and January 2019.

“We can walk and chew gum,” Pocan said.

Rep. Mike Gallagher, R-Green Bay, challenged the grounds for impeachment in a recent TV interview. He noted that Wisconsin polls have showed the majority of Wisconsin voters oppose impeachment.

“I think it’s not going anywhere, it’s losing support in Wisconsin,” Gallagher said. “Among common-sense Wisconsinites, I think most people want us to just do our jobs and stop the endless partisan political warfare.”