A first: Psychologists behind CIA’s “torture program” testify in front of a military commission at Guantanamo 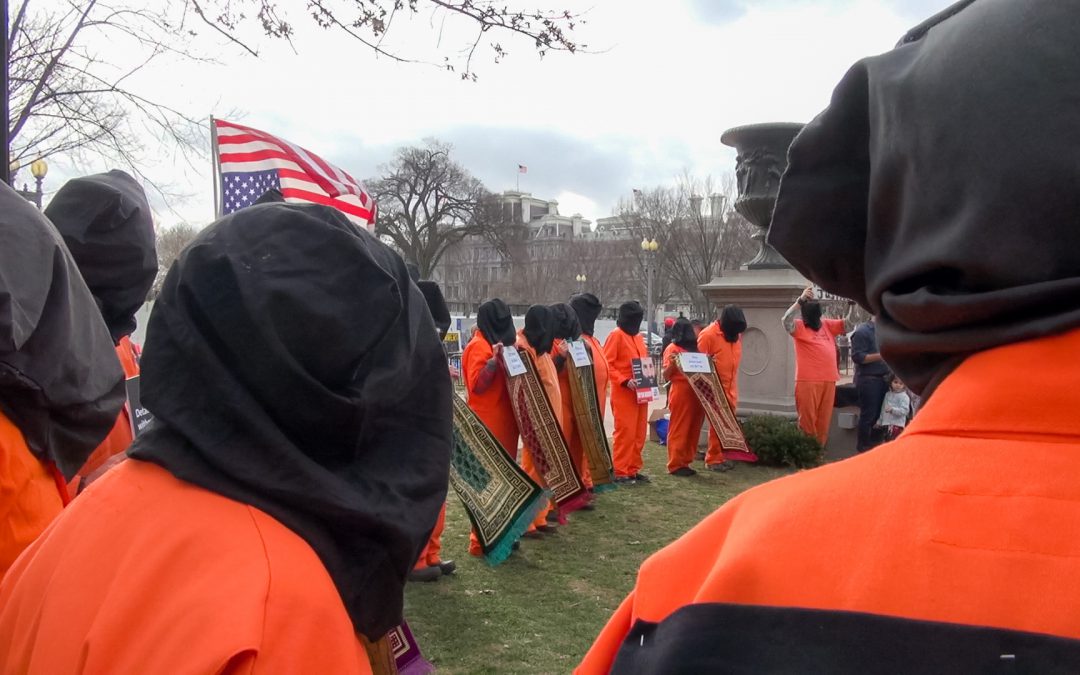 WASHINGTON — Testimony this week by the psychologist at the heart of the CIA program that tortured prisoners suspected of involvement in terrorist attacks on the United States has shaken the understanding that FBI agents were “the good guys” in the interrogation network.

New evidence and the testimony show “the FBI was complicit in the torture of detainees, including many in CIA custody,” said Julia Hall, an attorney with Amnesty International who watched the testimony at the Guantanamo Bay naval base.

In a September 2019 pretrial, an FBI agent testified to having sent “hundreds” of questions to the CIA – a disclosure that disrupted the idea that the FBI had kept its distance from CIA’s interrogation program.

The issue of torture was center stage at Guantanamo’s military court as the man behind the CIA interrogation plan said on the stand that he would “do it again”.

James E Mitchell and John “Bruce” Jessen, both retired Air Force psychologists, were hired by the CIA in 2002 to put together what would later be called “enhanced interrogation techniques.”

The techniques were developed to disrupt how detainees expected to be treated while in U.S. custody and to rattle them mentally, according to a Justice Department memorandum that detailed the system.

“The program is designed…to create a situation in which he feels that he is not in control, and to establish a relationship of dependence on the part of the detainee,” the memo said.

The techniques included dousing the prisoner with water, facial and insult slapping, slamming the prisoner against a wall, cramped confinement, sleep deprivation and waterboarding in which a prisoner is strapped to a gurney, blindfolded and has water poured over his face to simulate drowning.

Mitchell and Jessen were in court this week for the first time with the five prisoners subjected to their methods, including Khalid Sheikh Mohammad, the accused mastermind of the 9/11 terrorist attacks that killed more than 3,000 people in New York, Washington and Pennsylvania.

Mitchell told the military court that he was testifying out of responsibility to the families and victims of 9/11. He said he agreed to participate in the CIA’s interrogation strategy out of duty to his country. Military contracts show Mitchell was paid almost $80 million for his role in drafting the interrogation techniques.

Mitchell was “not in any way remorseful” of his actions, Hall said, adding that Mitchell wanted to “avoid all responsibility” and “portray himself as a champion of the families”.

“His handiwork is responsible in large measure for the fact that families (of the victims of 9/11) still don’t have justice,” Hall said.

None of the admissions obtained by the CIA through the interrogation techniques can be used in court because they were acquired through coercion. Mitchell and Jessen’s testimony could also lead to the exclusion of any evidence gathered by the FBI after the CIA’s interrogation.

Their testimony means “the military judge will face a difficult decision to make on whether to exclude certain evidence in the case,” said Jason Wright, a former Army judge advocate general who was part of Mohammad’s defense team while on active duty.

The defense counsel for detainee Abd al-Rahim al-Nashiri, has also asked to sit for the closed testimonies of Mitchell and Jessen. Al-Nashiri is a Saudi national accused of the bombing of the USS Cole, a destroyer attacked in October 2000 while docked in port in Yemen. Seventeen U.S. sailors died in the attack, which injured dozens more.

Al-Nashiri was tortured while in CIA custody at a “black site” run by Gina Haspel, who is now the CIA director, according to documents at the National Security Archive at George Washington University in Washington.

While in CIA custody, “untrained interrogators” slapped the back of al-Nashiri’s head, implied that “his mother would be brought before him and sexually abused” and put him into “stress positions” that caused the intervention of a medical officer “concerned that al-Nashiri’s shoulders would be dislocated using the stress position,” according to a 2014 report by the Senate Intelligence Committee.

“There is no question that the testimony of James Mitchell and John “Bruce” Jessen is relevant and material to Mr. al-Nashiri’s case,” a notice stating Khalid Sheikh Mohammad’s position said. “Mr Mohammad affirmatively supports the presence of” al-Nashiri’s attorneys.

“As a start, I would like the two men to stop by my cell this week and say that simple word “sorry”. I am not allowed to go anywhere. I will be waiting,” Ahmed Rabbani, a detainee at the Guantanamo Prison wrote in a letter to Newsweek. Rabbani, a taxi driver from Karachi, Pakistan, has been detained at Guantanamo without charge or trial since 2004 and was among those subjected to CIA’s “enhanced interrogation techniques”. He is accused of having “full trust and knowledge of al-Qaida leadership”

The hearing is expected to last for another week.