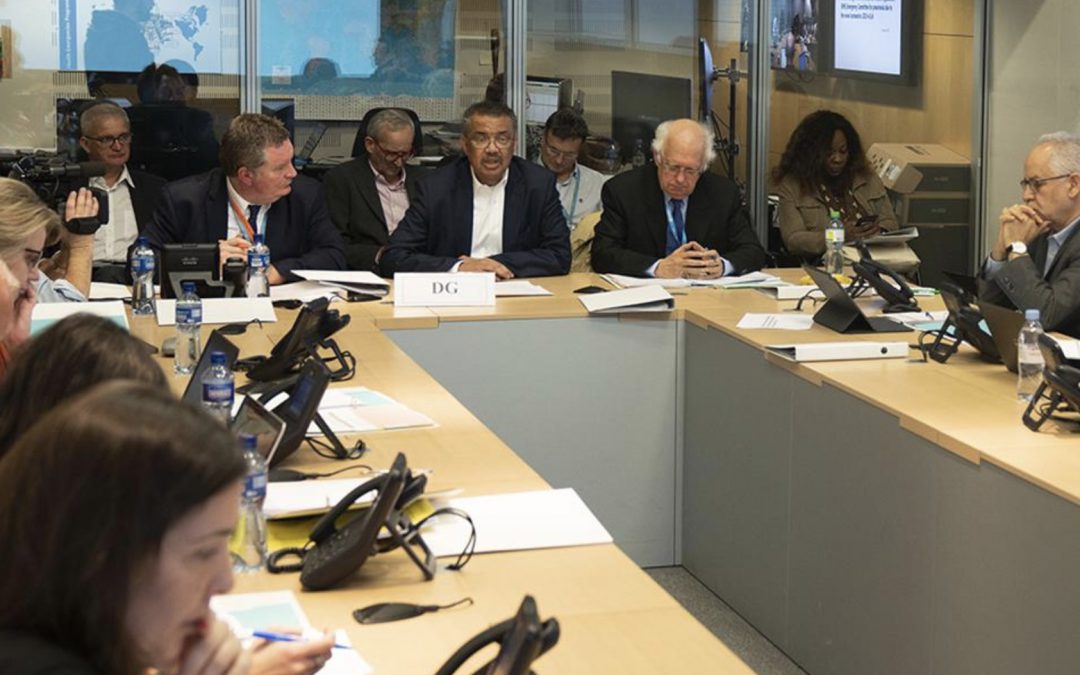 WASHINGTON — A change in the current U.S. policy limiting travel from China to the United States and quarantining returning travelers should be considered as the nation tries to handle the coronavirus outbreak, several health experts told a House hearing Wednesday.

“The travel restrictions and quarantines directed to individual countries are unlikely to keep the virus out of our borders,” said Jennifer Nuzzo, an associate professor of the Center for Health Security at Johns Hopkins University. “These measures may exacerbate the epidemics’ social and economic tolls and can make us less safe.”

Since the World Health Organization declared this outbreak a public health emergency of international concern, several international airline companies, such as American Airlines, Delta and United Airlines, have suspended their commercial flights to and from China until March. Hong Kong was added to the list this week.

During the 2009 flu pandemic, the United States was a target of travel bans and quarantines that failed to stop the spread of the virus, Nuzzo said.

Meanwhile, as the world’s factory and a fast-growing market, the coronavirus outbreak is hitting the world economy hard.

Wuhan, the central China city where the virus started, is a crucial hub in China that integrated railways, highways, river transport, aviation and communications. It is also a manufacturing center for optoelectronics, automobiles and machinery.

The Chinese government has posed tight domestic travel restrictions around the country. Hundreds of millions of Chinese who returned to their hometowns to celebrate the Lunar New Year have been unable to go back to work.

While the long-term economic damage of the outbreak remains unknown, it has already affected global business, tourism and manufacturing. On Feb. 1, Starbucks decided to close its 42 stores in China temporarily, which are more than half of its Chinese stores. Disney Co. shut its Shanghai and Hong Kong Disneyland parks. Hyundai Motor Co. announced Tuesday it suspended production in South Korea due to the disruption of parts supply. Tesla closed its stores in mainland China today.

The United States should consider a concerted and comprehensive plan to contain the domestic outbreak, said Jennifer Bouey, the senior policy researcher in China Policy Studies at RAND Corporation. So far, there have been 12 documented cases of the virus in the United States.

The spread of the virus

The novel coronavirus broke out in Wuhan last year and was deemed almost identical to the virus that caused SARS (Severe Acute Respiratory Syndrome). The early patients were exposed to contaminated seafood market or infected by wild animals. However, it is still uncertain whether it originated from the seafood market located one kilometer away from Wuhan Railway Station.

“The Trump administration should consider the strategies to reduce the spread of rumors and the stigma associated with the outbreak,” she said.

“He passed a $5.4 billion bipartisan emergency response package,” Klain said, adding that included a national network of medical facilities. China and the United States should collaborate on a clinical trial to find a cure, said Rep. Brad Sherman, D-Calif.

The drug remdesivir has been used to treat some patients but needs more research, said the report of the Washington state team that investigate coronavirus.

The vaccines may not be ready for months, said Caitlin Rivers, the assistant professor for the Center for Health Security at Johns Hopkins University.