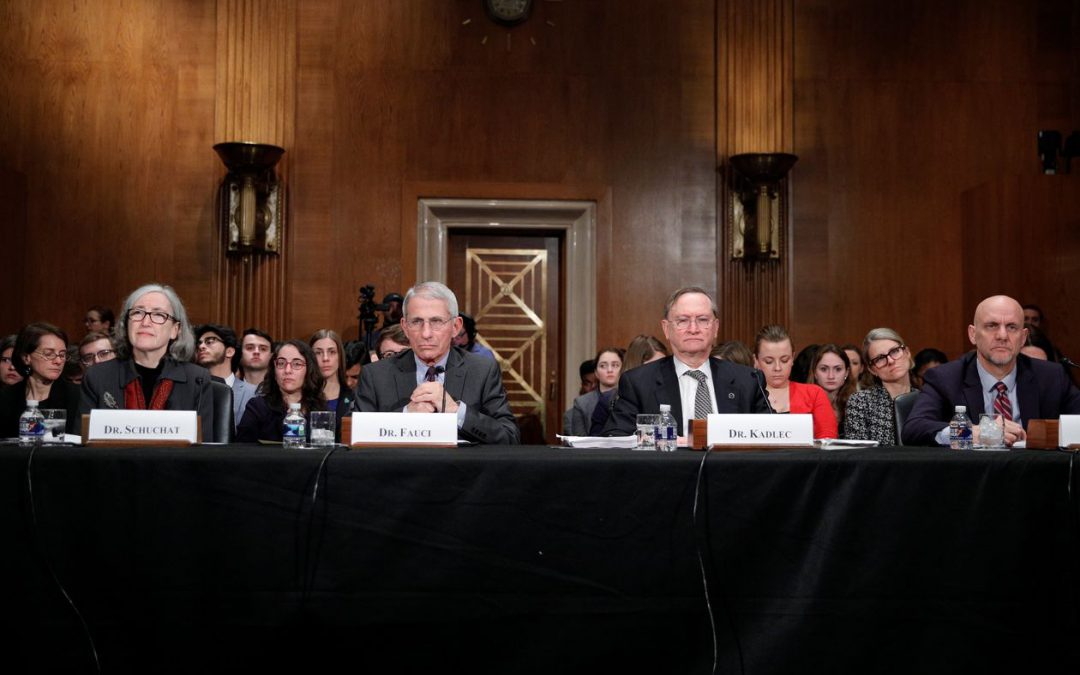 WASHINGTON — As the coronavirus continues to spread across the world, U.S. public health experts say the only way to distinguish it from the seasonal flu is by testing.

Last week, clinical labs tested 42,000 respiratory specimens, said Anne Schuchat, principal deputy director for the Center for Disease Control and Prevention. “We have the capacity to test quickly,” she said.

Schuchat and other experts told the Senate Committee on Health, Education, Labor and Pensions that the parts of the U.S. government involved in public health are moving quickly.

Amid the outbreak in Washington state where at least nine people have died from the virus, CDC has collaborated with private companies to develop tests, Schuchat said.

The test kit named CDC 2019-nCoV Real-Time RT-PCR, is designed for use with an existing testing instrument by analyzing the specimen of reverse transcriptase, and it can provide the final testing result in four hours, according to the CDC website.

It will take six months to develop a vaccine to fight the virus and produce enough to distribute to a wide range of the population, said Dr. Robert Kadlec, the assistant secretary for Preparedness and Response at the Department of Health and Human Services.

The government is also working on ways to pay for the vaccine for Americans without health insurance, Kadlec said.

President Trump designated Vice President Mike Pence as the leader of the U.S. government last week to combat the coronavirus. On Monday, Pence still insisted that the coronavirus is under control across the United States. “The risk remains low,” he said.

However, as of now, more than 100 cases of COVID-19 have been detected in the United States, and nine people have died due to coronavirus-relevant respiratory diseases in Washington state.

There is no guarantee that Remdesivir, a drug that has mentioned as a possible treatment, is effective against the virus, said Dr. Anthony Fauci, director of the National Institute of Allergy and Infectious Diseases.

Already, the medical supply chain has been affected, said. Dr. Stephen Hahn, the commissioner of the U.S. Food and Drug Administration.

“Luckily, we have the capacity this week to have detective kits available to the lab to perform up to a million tests,” Hahn said, “The manufacturers we work with are able to send out 2,500 kits by the end of this week.”