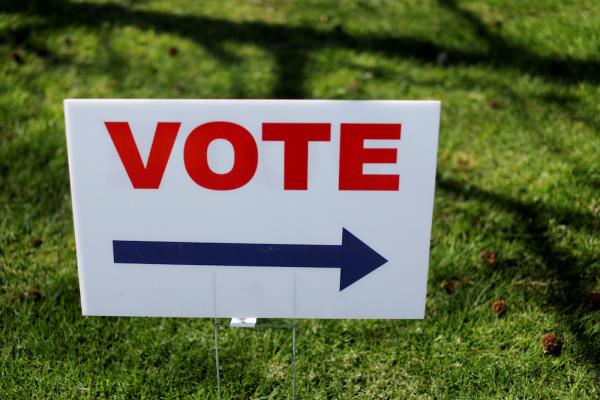 WASHINGTON, March 3 (Sojourners) – By the end of Super Tuesday, nearly half of immigrants eligible to vote in the U.S. will have made their voices heard in the Democratic presidential primary.

That’s according to a new report released Wednesday by the Pew Research Center, which shows 46 percent of the immigrant electorate lives in states with Democratic primaries and caucuses on or before the Super Tuesday nominating contest, up from 21 percent in 2016. Driving this dramatic increase is California, home to more than 5 million naturalized citizens, which holds its primary Tuesday alongside 13 other states. It sets the stage for foreign-born and newly eligible voters to make a major impact in this election.

Naturalized citizens are now a record one-in-10 of all eligible voters, doubling in number over the past 20 years to more than 23 million, the report shows. That’s due to the rapid growth of the immigrant population – now 14 percent of the overall population – and to a recent surge in immigrants who have become citizens.

What’s different this year, however, is the enthusiasm of these voters.

“Any political scientist will tell you that the strongest motivator for turnout is anger – and there’s a lot of it right now,” said Albert Morales, senior political director at Latino Decisions, an organization that polls and researches Latino voters around the country.

Many of the newly eligible immigrant voters are Latino. In fact, 16 percent of foreign-born voters hail from Mexico alone. In 2018, Latino immigrants led the charge as immigrants recorded one of the highest turnout rates ever in a midterm election, fueled by disapproval of the Trump administration’s handling of immigration policy.

“There’s a lot of fear in the community, but at the same time, there’s also a lot of anger,” Morales said.

The shift in enthusiasm has been particularly pronounced in the state of Texas, where Latinos will account for 30 percent of the eligible voter population in 2020. Although Texan Latinos are not as reliably liberal as their peers in other states, they tend to vote for candidates of the Democratic Party and they frequently identify their top priority as immigration. Six years ago, Republican John Cornyn was elected to the U.S. Senate with 49 percent of the Latino vote. In 2018, his colleague Ted Cruz received only 30 percent of the Latino vote in his re-election and struggled to beat back the insurgent campaign of El Paso Democrat Beto O’Rourke.

“Latinos are worried and anxious about their future place in the state and that is creating a moment where their politics are gravitating towards a party that feels more inclusive to them,” Brandon Rottinghaus, a political scientist at the University of Houston, said.

“And it’s not necessarily a Trump phenomenon because there have been fairly strong immigration policies for decades,” he added. “But the rhetoric under Donald Trump has accelerated the fear and anxiety.”

Morales goes further, saying Democrats have the potential to gain as many as 4 million new voters in Texas this year. He studied Latino voter engagement nationally with the Democratic National Committee and the Democratic Governors Association.

“You’ve got 2 million Latinos that remain unregistered, another 1.6 million that are registered but have zero-to-little vote history, and another 400,000 or so 17-year-olds who will be 18 before the voter registration deadline next year,” he said. “If, for whatever reason, Texas gets flipped [in the general election], it will be because the Democrats did what they had to do, and they registered and mobilized a good chunk of these 4 million voters.”

Foreign-born Latino and Asian voters have a higher turnout rate than their U.S.-born peers, the Pew report said. In states like California and Texas, many of these eligible voters have either not been contacted by campaigns before or struggle with language barriers that make the ballot box inaccessible to them.

Voto Latino, a nonprofit focused on increasing Latino voter registration and engagement, has been active in Latino communities from Los Angeles to Houston in the past few election cycles. Brianna Carmen, its director of organizing and partnerships, said many of these communities have not typically participated in elections because they felt left out, under-represented and lacked the information to make their decisions.

“Both parties have to do a lot more work to engage the communities they’ve traditionally left behind,” Carmen said. “There’s an opportunity to spread your message and really amplify your base if you are engaging the community that you have not traditionally been.”